Iranian Hulk (born Sajad Gharibi) has been at the center of attention thanks to his much anticipated boxing debut getting booked – and then postponed and subsequently cancelled. The face off alone produced an incredible amount of controversy due to the fact that the Iranian’s looks had significantly diminished.

Gharibi has been somewhat of a fixture on social media for the last 5 years. 30 year old Gharibi is well known under his pseudonym “Iranian Hulk”“. The Hulk alleges he was suffering from Covid – and that, it had caused his physique and disheveled appearance. He also branded his opponent, Martyn Ford a clown after Ford wouldn’t face him at the Eddie Hall Thor Bjornsson boxing event and reportedly dodged him at a Dubai hotel later.

Gharibi boasts of his unusual exploits to over 1.1 million followers. While Gharibi’s social media isn’t glossy it often features eccentric stunts such as him bending tools, getting hit by wooden planks and other esoteric forms of training that produce sparse results.

Compared to 6’8″ Ford, Hulk seemed significantly smaller – but many forget that he’s 6’2″ himself. 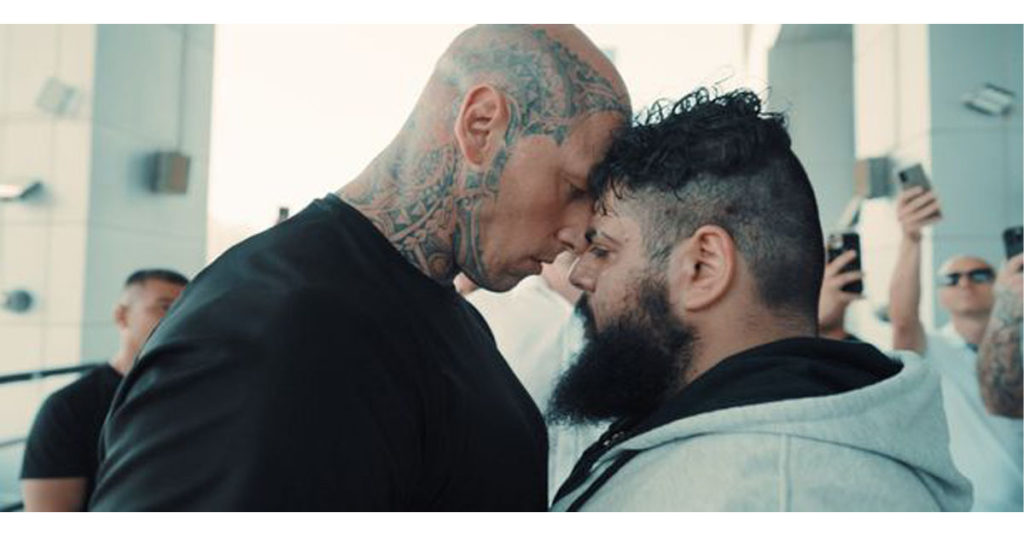 Recently pictures surfaced online showing the Iranian in his youth prior to social media glory.

Gharibi started off as a goofy looking cute kid. 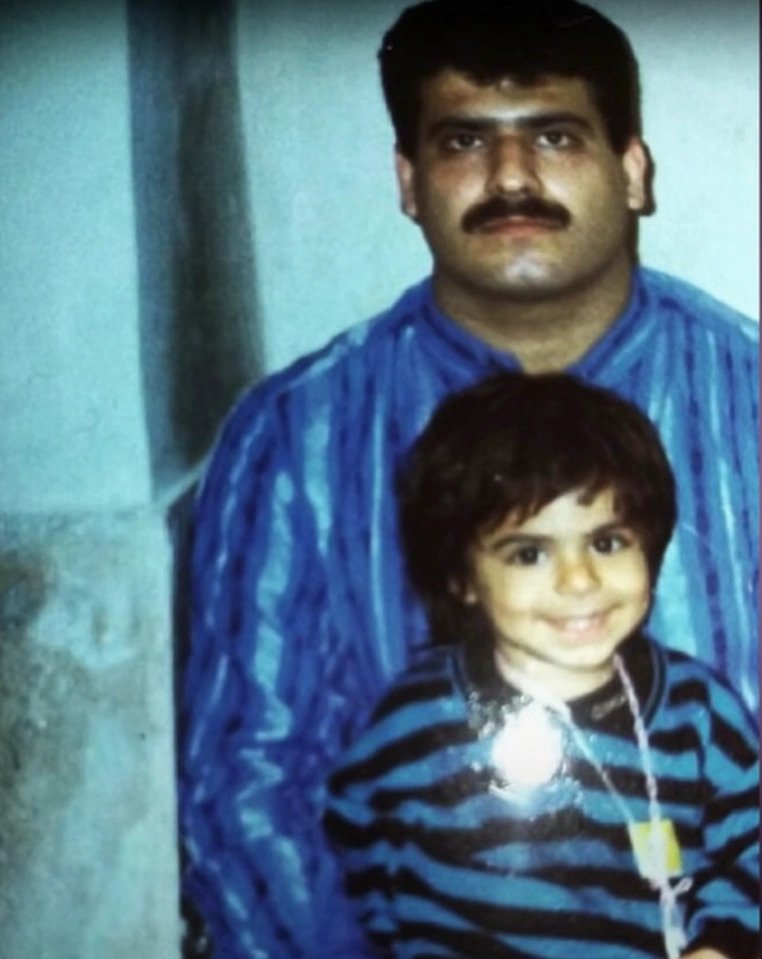 But something shifted soon after. Gharibi is rumored to be stricken by his family’s decision to disown him in the fall out from the Martyn Ford face off and press conference. It’s unclear what exactly made his parents decide to take this drastic move but many speculate it’s got everything to do with him being a suspected catfish and embellishing his physique in photoshop. 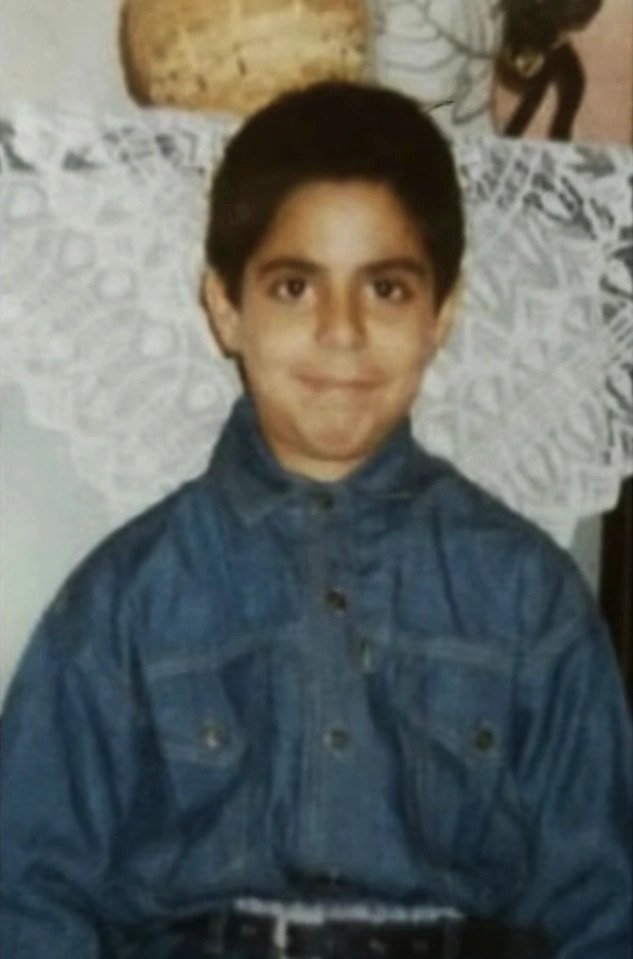 Gharibi’s growth and development took a serious turn somewhere between 8 and 13 and he was spotted looking like an absolute unit. 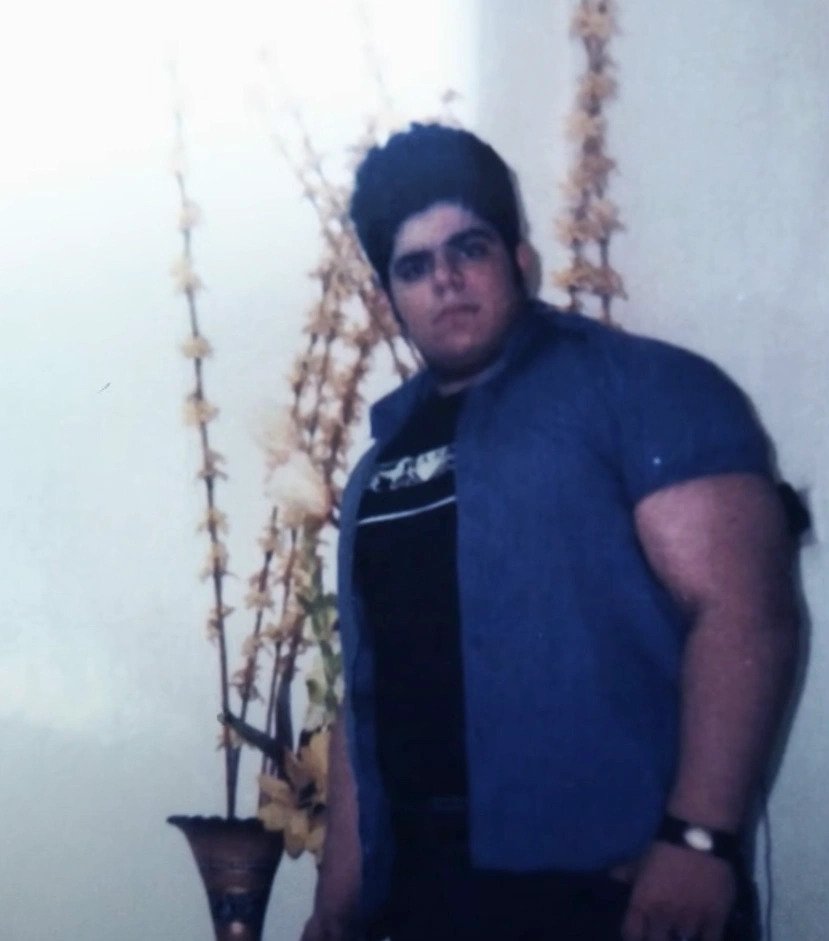 At this point looks like Gharibi had started on his bodybuilding journey. He looks barely recognizable. And his infamous chest and bicep are starting to develop. 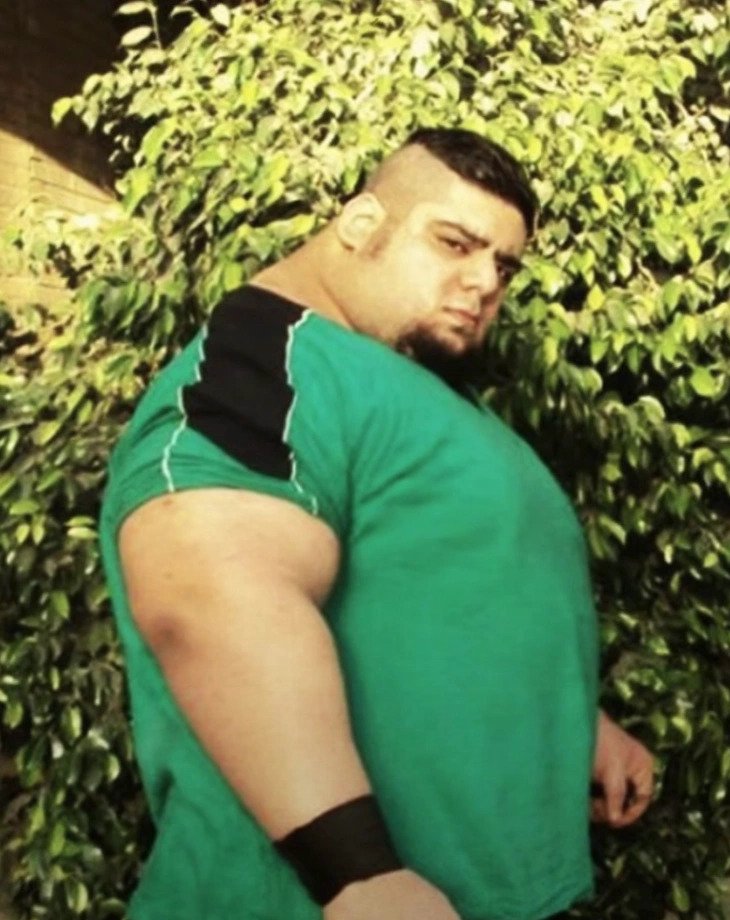 Jury is still undecided about the authenticity of this picture. While filters are an every day thing nowadays – they were a lot harder to deal with just 5, 10 years ago. Gharibi looks to be around 20 in this picture where there are hints of the viral sensation he’s about to become. 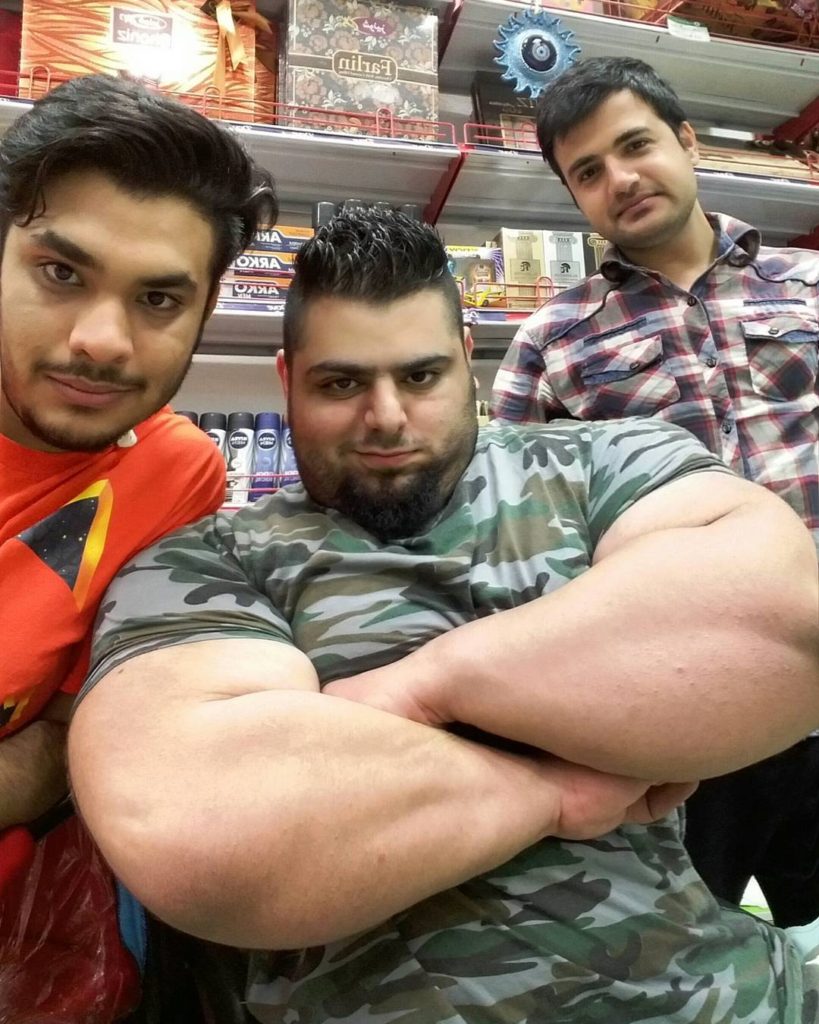 Iranian Hulk would go on to take some really revealing pictures that showcased his leg muscles to boot. 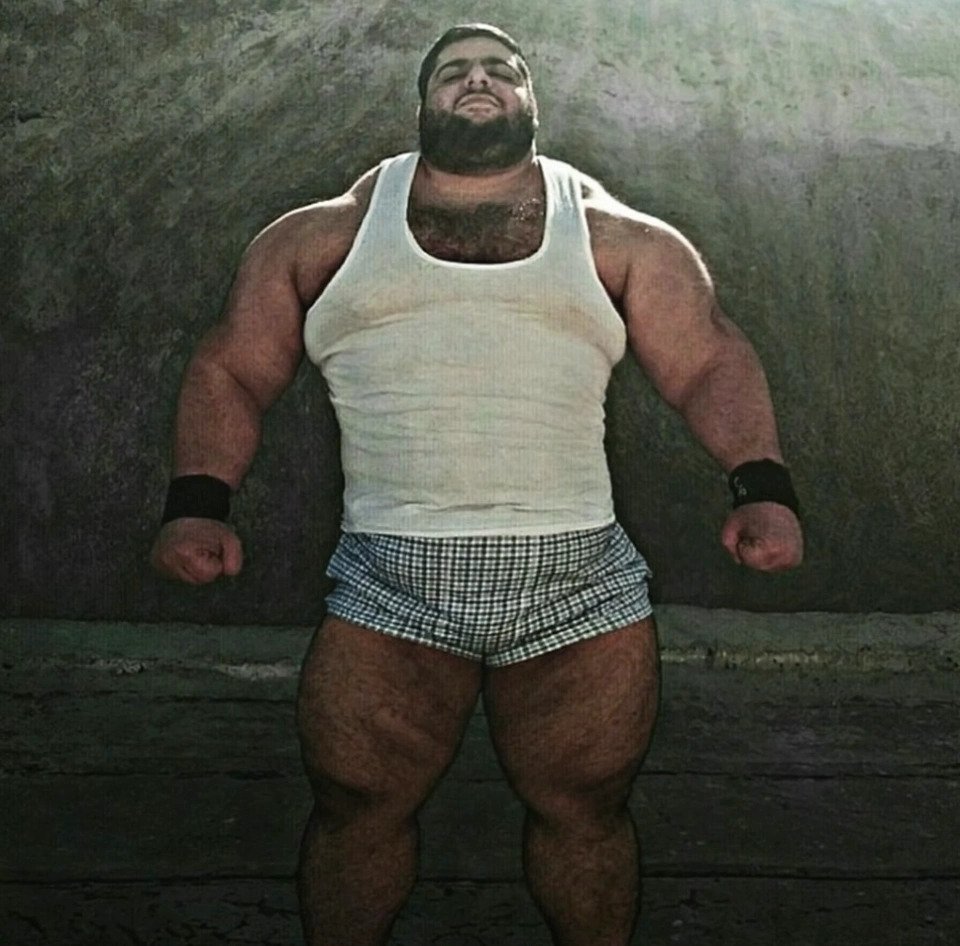 Around this time The Hulk would also take the infamous viral photos that are synonymous with his physique to date. 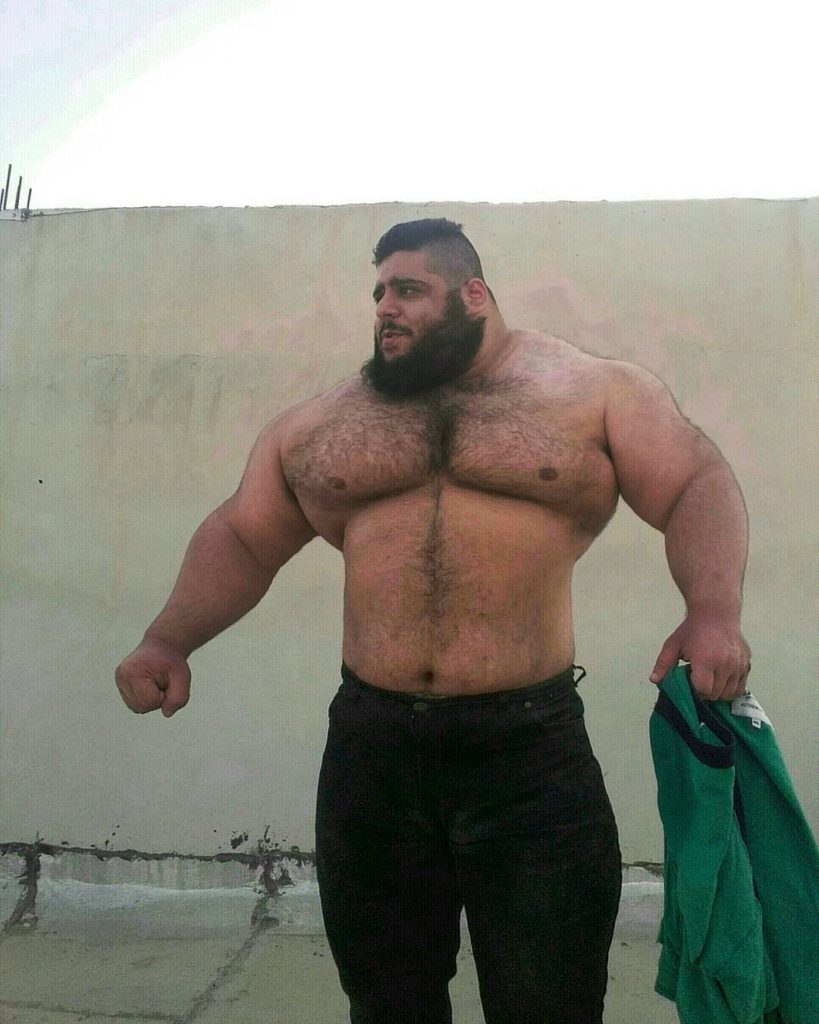 In the lead up to the boxing match, Gharibi even went on the Iranian national TV and addressed some common misconceptions about himself clarifying that he’s not in this boxing event in order to become a refugee in United Kingdom and also that he would prefer to stay in Iran.

“I am an Iranian citizen with traditional values of Persian, upbringing surrounded with a close-knit family.

“[I also have] many great friends from all around the world who have supported me every step of the way in these difficult times.

“I endlessly would like to thank and appreciate [sic] all your kind words and support from all around the world.

“It means a lot to me and my family and I truly appreciated it from the bottom of my heart.”

Islamic Republic of Iran has been in a political turmoil since before Gharibi was born, so it’s unclear what kind of implications going viral has on his life and well being. As an Iranian, Gharibi faced challenges when travelling and barely even made it to Dubai for the now infamous face off.

Prior to Covid stricken era, the Iranian looked like an absolute unit and attracted the attention of polish MMA promotion KSW in addition to Bareknuckle FC. 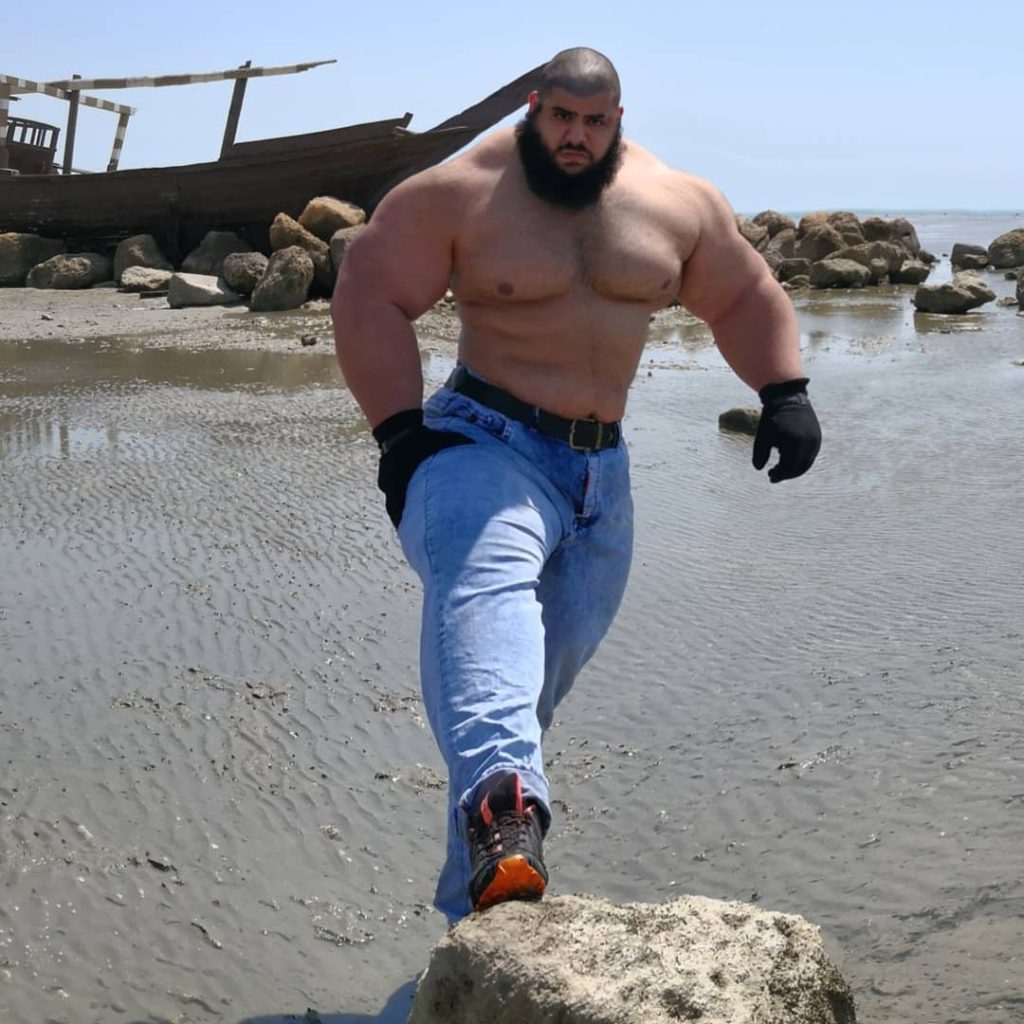 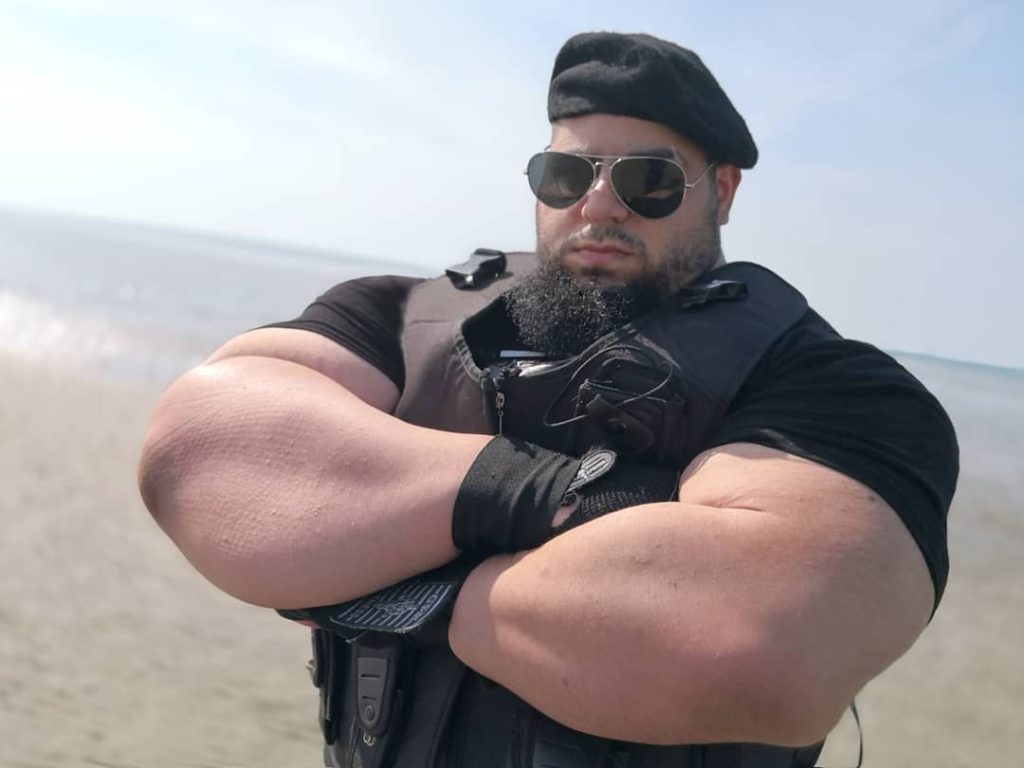 But suspicions that his physique was manufactured have always followed him around. This is one of the factors that lead to Barekunckle FC retracting their offer. It should be noted that this was also in part due to Covid – Bareknuckle took a substantial break during the pandemic and the negotiations appeared to have cooled off after.

Iranian does not permit comments on the majority of his social media posts – in part this is due to people wanting to find the proof that his physique is a result of catfishing. Just look at this picture that’s still posted on his profile. On his left hand, Gharibi has tell tale signs of photoshop meddling. 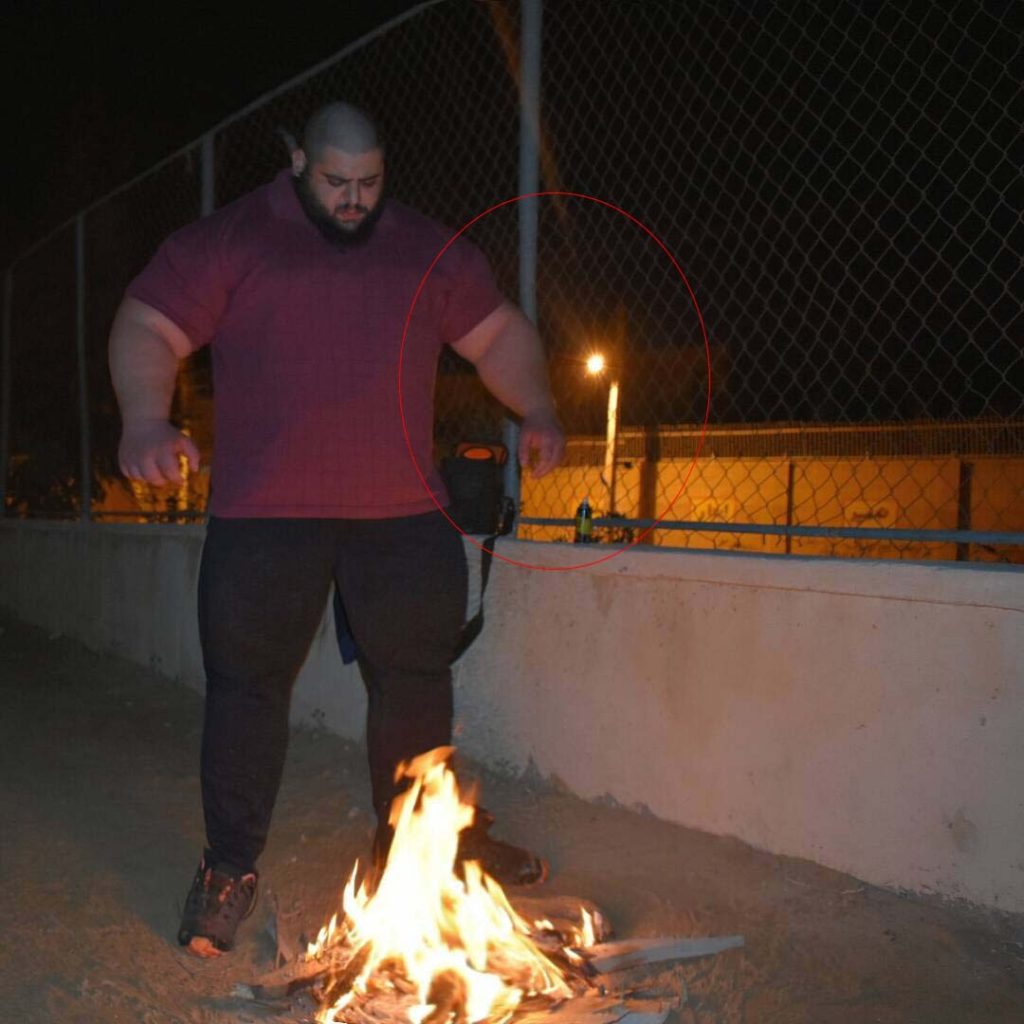 Not to mention claims to have rapidly lost all this weight due to – at first boxing and then subsequently covid and pneumonia claims. The covid claims in particular, beg the question: Did the promoters know he was ill during the face off?

If so why are there so many people around Ford and Gharibi? And why go through the face off and then stage a press conference where Gharibi could transmit the disease to the men present. 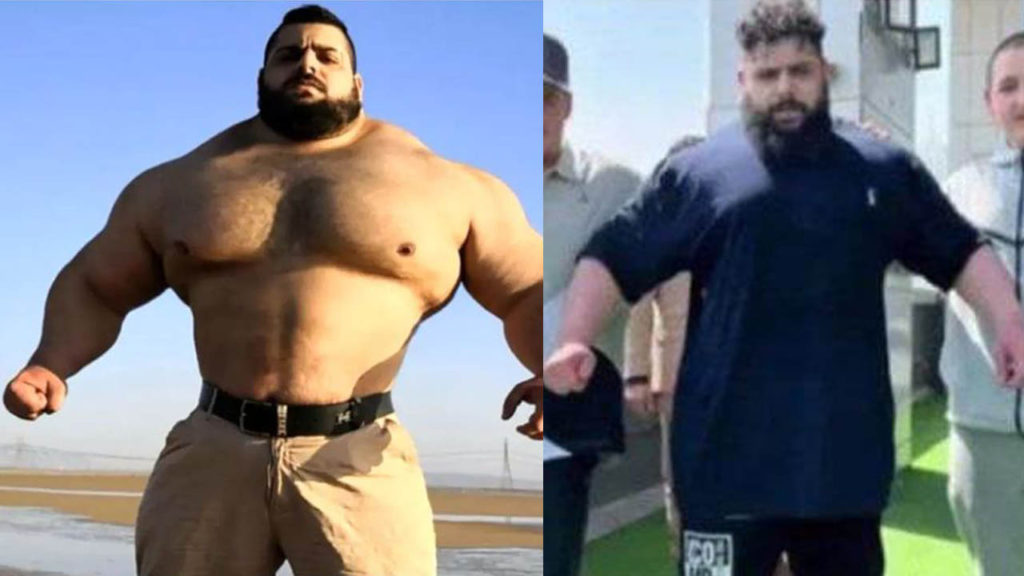 Not to mention Gharibi appeared to have gone at least 50% in size from his hayday.

Gharibi’s combar sports future is under a big question mark right now – the promotion that was to stage his boxing debut just announced they would be postponing the event, yet again, in light of Ford vs Iranian Hulk getting cancelled. Gharibi asked the promotion publicly to put another opponent in front of him and even went so far as to claim he would sue them if they don’t honor the agreement.