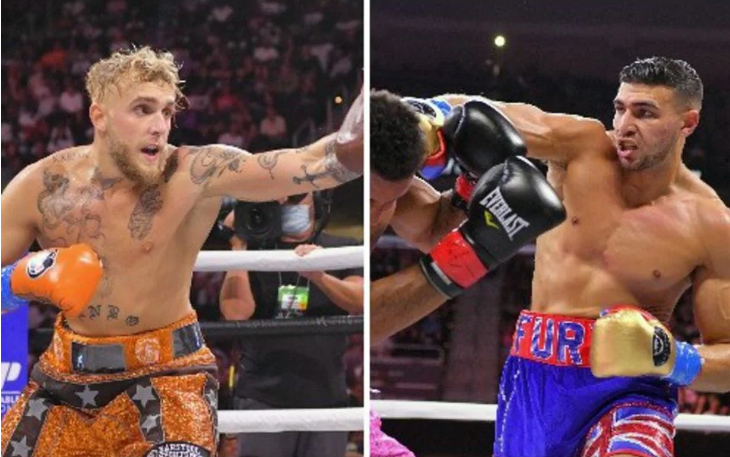 Celebrity boxer, Jake Paul, is getting closer to becoming a legitimate boxer. For once he’ll be fighting an actual boxer in Tyson Fury’s half-brother, Tommy Fury on December 18th.

Talking about this match up, the British professional boxer, Amir Khan, gave his thoughts:

“I think Tommy’s a great guy and a great fighter. I know Tyson, his brother, really well. But I just feel that Jake Paul is going to get hurt in this fight.” Told Amir Khan.

Talking about Jake, Amir said he likes Jake as a fighter and both of them communicate a lot. However, in a boxing ring, Amir Khan still thinks that Tommy is far superior to Jake.

“I like Jake as a fighter, he’s messaged me a couple of times, but at the end of the day Tommy is a future champion and he wants to fight someone like that, (Paul) can get hurt badly.”

Both Jake Paul and Tommy Fury are celebrity boxers of sorts with only a few fights. Both of them are also undefeated going into this with Jake having a 4-0 score and Tommy having a 7-0 score. That being said in spite of reality tv career Tommy Fury is more seasoned as a boxer.

Though, a lot of fans assume that Jake Paul rigged most of his fights. Particularly that questionable Ben Askren stoppage.

On the other hand, Tommy Fury is trained by his half-brother, the current WBC heavyweight champion Tyson Fury himself. A lot of people believe Tommy would win this fight, but he still needs to be careful because Tommy has agreed to change his name to Tommy Fumbles if he loses.

Very few bookies are currently offering odds on Paul vs Fury. But those that are slightly favor Fury.