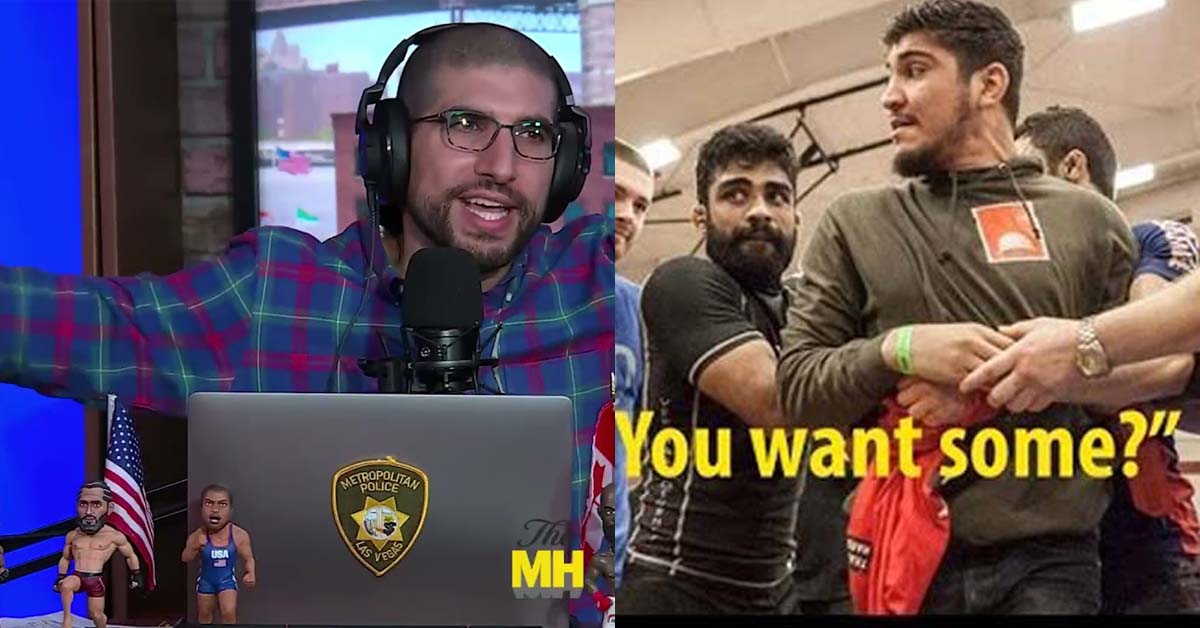 Ariel Helwani has turned over a new leaf in 2021. Highroad Helwani is no more. He is replaced with this new Helwani who isn’t afraid to confront anyone. We first wrote about this transformation during his documented beef with Brendan Schaub. But now Ariel is going one step further. It all started with the latest round of Jake Paul vs Dana White ping pong.

Paul had heard about Dana White’s doping challenge and made a counter offer. Here’s how it goes:

Happy new year @danawhite. Here is a real challenge for you…

I will immediately retire from boxing and fight Jorge Masvidal in the UFC if you agree to: pic.twitter.com/bJScDVITvL

This prompted a quick response from Dillon Danis.

And several months ago Danis went on Helwani’s MMA Hour and basically refused to play by the rules. This resulted in the following exchange:

Helwani seemed fed up with the way Danis carries himself. And this response tweet appears to have pushed him beyond his limits. It all started with the following:

Guys if you think life sucks right now just think you could have begged for 3 years to fight an 0-0 YouTuber and 3 years later still not be popular enough or good enough to even be considered a worthy opponent for him. Imagine that.

In other words, you could be
@dillondanis

Guys if you think life sucks right now just think you could have begged for 3 years to fight an 0-0 YouTuber and 3 years later still not be popular enough or good enough to even be considered a worthy opponent for him. Imagine that.

In other words, you could be @dillondanis.

But it didn’t end there – in fact in a later rant Helwani hinted that the whole thing might’ve been prompted by Danis’ constant requests for a retweet behind the scenes.

“Hey guys if I lose to Jake I’ll retire.” Retire from what? Social media? You already don’t fight.

3…2…1 before ol DD texts me hey bro why don’t you like me? Like, I thought we were cool bro

And then he’ll call for a truce and then ask me to RT his tweets every two seconds. What a pleasure.

Anyway. Maybe this will be the year he accepts your challenge Dillon!! I personally hope he does so you can leave us the f alone with your stupid tweets and lame social media skilllz

Save us, @ScottCoker. The begging is unbecoming. Please. For the love of God save us.

Before this whole rant Ariel tweeted a picture of Jake Paul with Drake and captioned it “Dub”.

In the same breath Helwani also roasted Paul’s ‘offer’ to Dana White – seeing it for what it is – a mindless publicity ploy.

Helwani appears to acknowledge that giving space to Paul is also a very bad idea.

And that’s ultimately the crux of it all. Both Danis and Paul exist in the publicity space – both are much better at marketing than fighting. And while Paul often claims he wants fighters to get better treatment he’s likely just leveraging being a thorn in Dana White’s side. To quote one of the best twitter accounts when it comes to analyzing UFC financials:

What gives it away that Paul just does this for the attention is that he doesn’t offer real solutions. If he was serious he’d be calling Quarry, Fitch or Le & asking how he can help get the Ali Expansion passed or offering to financially assist anyone contesting UFC contracts. https://t.co/ySif8ZnHoD

A lot of people seem to hold this view and maybe it’s correct & Paul trolling White is helpful. But I want to point out that very people talk about or post stories about the Le et al v Zuffa, inc lawsuit but… https://t.co/gDOSEcJqfQ

… but that case has lead to the disclosure of the UFC finances including the wage share % now cited regularly. In addition it’s lead to the UFC actually changing not only their behavior but their contracts so they are less coercive & no longer perpetual. That’s actuel change.