Ford previously went on to shade ‘Hulk’, to dismiss him and to claim that he was a catfish who had photoshopped his gains.

Sajad Gharibi listened to all of this  – and decided it was time to strike back. The undersized viral sensation went on to make some spectacular claims regarding the ending of their April 30th boxing bout.

““Martyn Ford, continue to insult you as much as you want. To play clown. To disrespect.”

“But I promise you, they will take you out of the ring on a stretcher.”

“You will have no chance, no change against me.”

Gharibi went on to crush an orange to bookend his take on opponent intimidation.


No word yet on how paramedics will be able to pack on Ford’s 6’8″ frame onto a stretcher and how many of them will be required to lift it.

Ford has weighed in at 315 lbs – and is the sizeable favorite considering his massive stature compared to Gharibi.

Gharibi went on to claim he lost as much as 30lbs (15kg) prepping for the match but his math doesn’t really check out. Gharibi previously told that his physique peaked at 390 lbs (176kg). Meanwhile his opponent weighs 315 lbs currently. 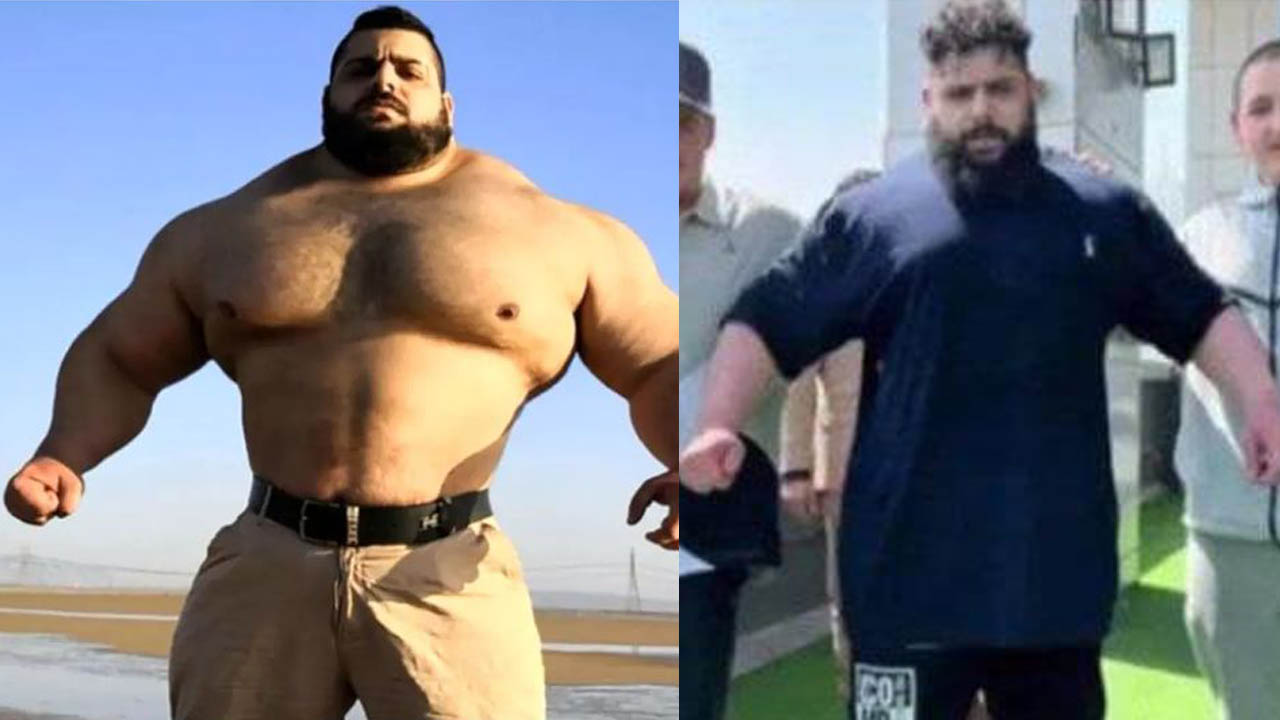 And the online combat sports community isn’t letting him get away with it either. Once the pictures appeared online they caused a variety of reactions. While most were quick to conclude Ford would emerge victorious when the two meet for a boxing match up – some even apologized on the behalf of Iranian people.