Calf kicks have long been a huge meme in the MMA community. A relatively new discovery in the MMA meta made many prominent mixed martial artists change their stance and work on implementing changes to their game.

Calf kicks were long unknown but are now once again the focus of the public’s attention in fall out from UFC 281.

Another UFC contender recently revealed he went through a horror story due to calf kicks.

AJ Dobson and Armen Petrosyan went toe-to-toe at UFC 280 back in October. They were featured as the third event on UFC 280 preliminary card and competed in a middleweight bout. The two entered the octagon looking to bounce back from respective losses. Dobson lost against Jacob Malkoun while Petrosyan lost against Caio Borralho.

Their match went pretty intense. Petrosyan initiated the battle with a few leg kicks. His leg kicks all landed while Dobson shot fortakedowns. The action got  more intense in the second round with them trading off their hands. Dobson still attempted  takedowns but with no luck.

The match continued to the third round and Petrosyan was announced as the winner. It was pretty clear that Dobson was pretty inactive throughout the whole match, making him lose on the judges’ scorecards. 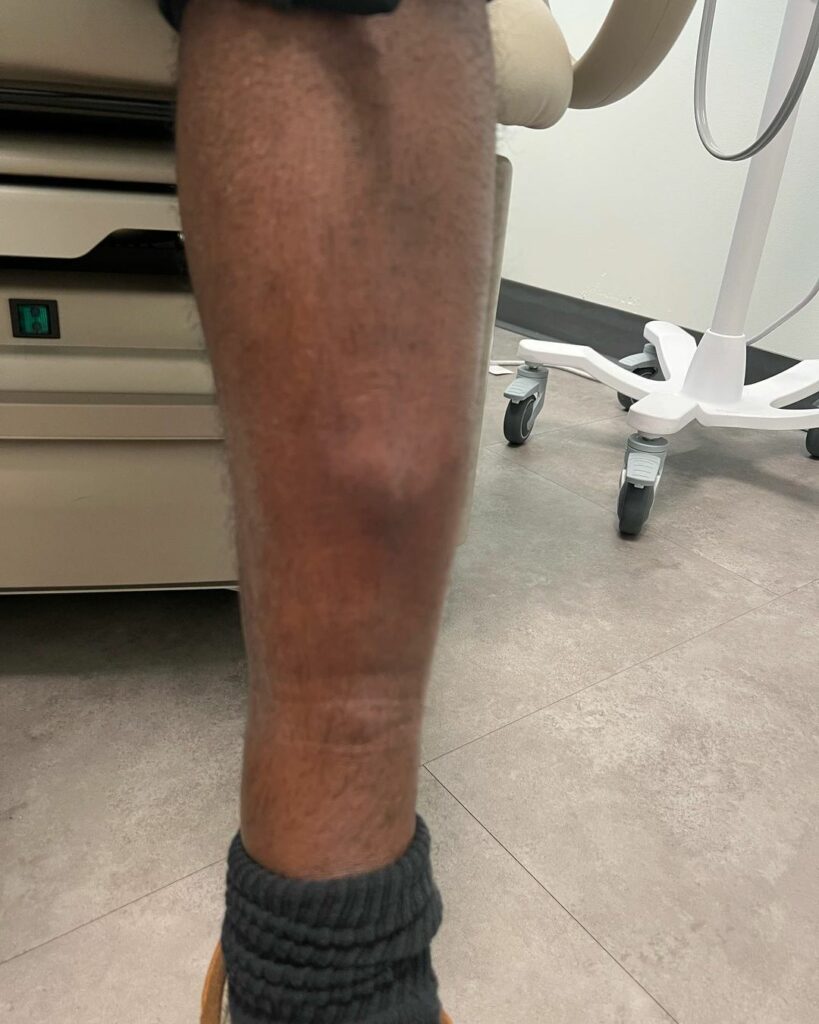 But he’ll remember this decision loss for the rest of his life – he showed hematomas he suffered in the contest and a big abscess that opened up subsequently causing him major issues. 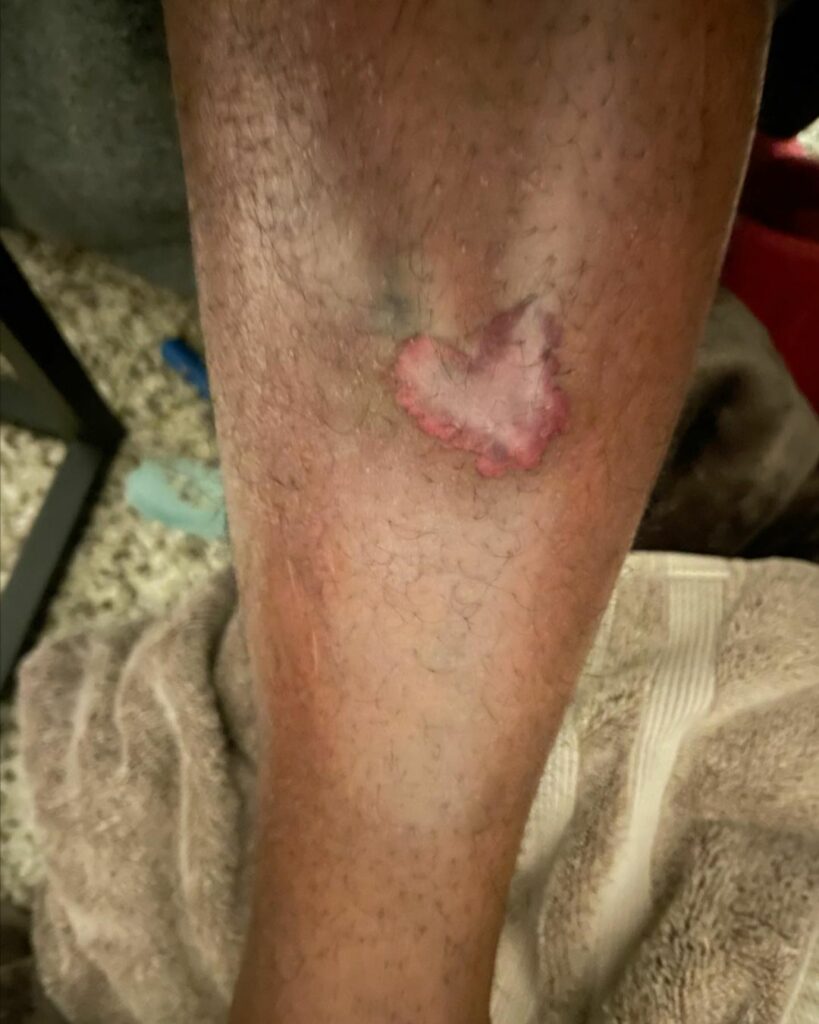 The injury is so severe that the 30-year-old is unable to walk.

“ I was left with a few hematomas on my shin from eating leg kicks. About a week ago it violently turned into an abscess and within two days I was unable to walk on my own and had an unwavering fever.” Dobson captioned the picture on his account. 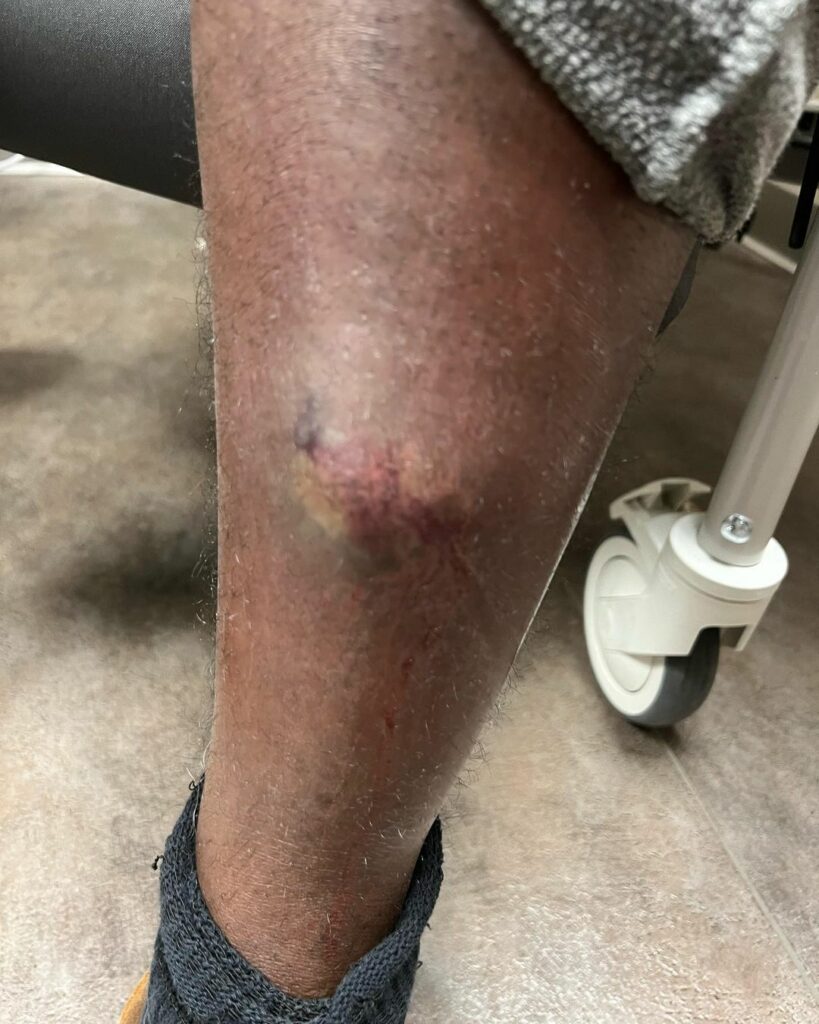 He also informed fans that he is going to need some time to recover. 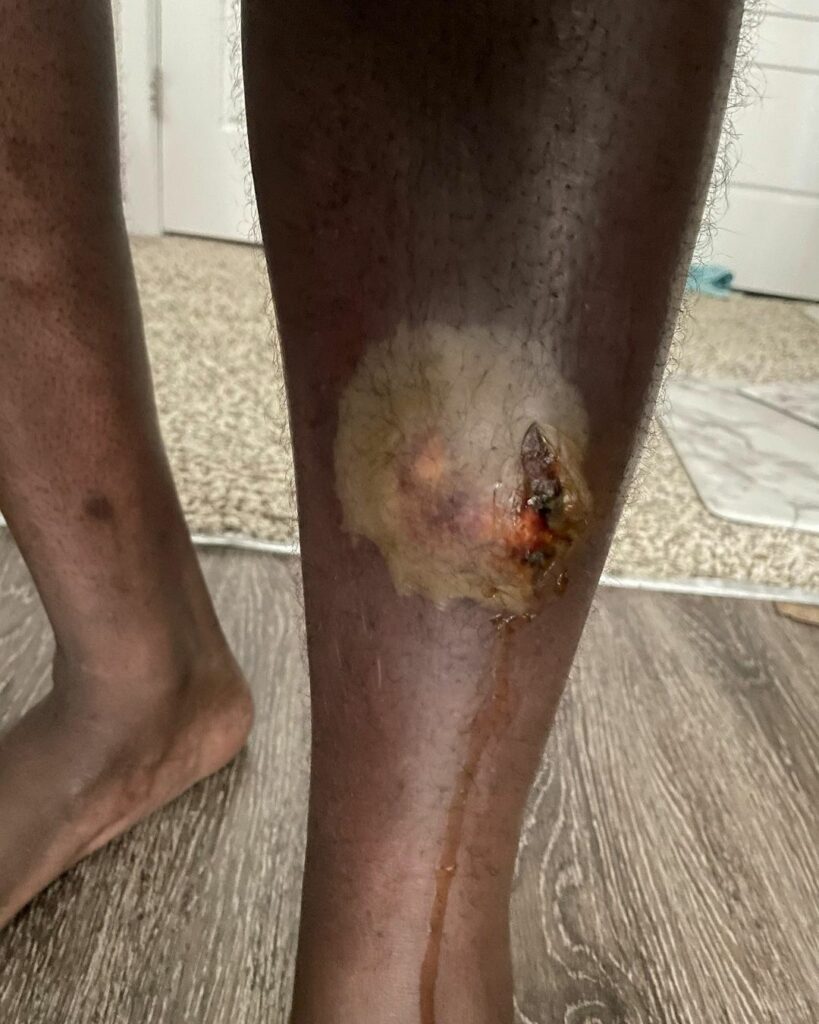 He added, “We’re back on the road to recovery but I still have a lot to be thankful for. I might be out for a while but the goal remains the same! Thanks to my team and management for the help and support! I’ll be back soon.”