Gracie family pioneered mixed martial arts as a way to promote jiu-jitsu in America. UFC was founded by the Gracie family patriarch Helio Gracie. Gracie often said problematic things even for the 90s.

A descendant of Helio’s recently spoke at a conference of Ringside physicians in relation to trans participation in MMA.

Annual conference of Ringside physicians was held on the 14th October in Las Vegas. The accent was on discussing brain health but there was also an interesting discussion about trans individuals participating in MMA.

Just last year there was a second ever professional trans mixed martial artist making her debut. The infamous Alana McLaughlin submitted her opponent and has been unable to book any combat sports outings since.

Interestingly her camp was sponsored by the promotion that featured the bout – Combate Global and her opponent has no social media presence to date nor any other bouts to speak of.

And while we wait to see what happens with her MMA career we can examine the conclusions on the talk from this past weekend.

The association outlined that in terms of science there is no fix for the advantages male puberty provides. 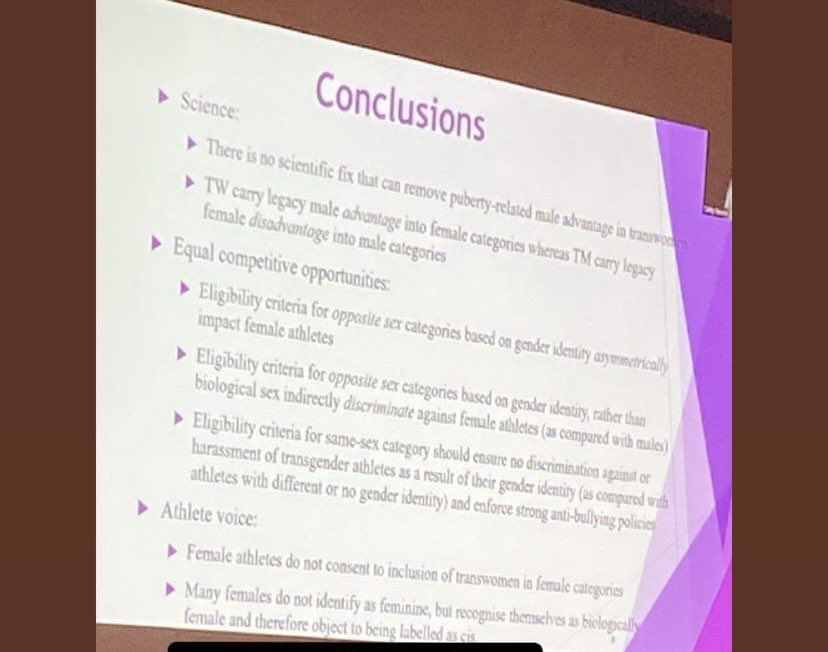 There’s also the issue of females in mixed martial arts not identifying as feminine and yet still objecting to getting labeled as cis. Not to mention that they generally do not consent to inclusion of trans women in female categories.

This isn’t a big surprise considering many of the women active in MMA today came up training with men and are very acutely aware of advantages male puberty provides first hand.

These conclusions are something that the trans MMA veterans disagree with. Fallon Fox has already been on twitter to voice her displeasure and put the Gracie family on blast. 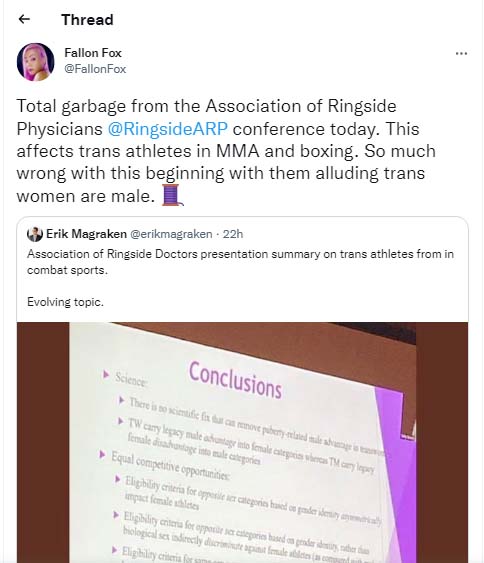 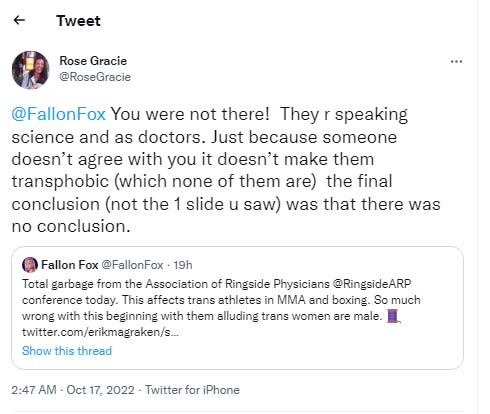 The two proceeded to go at it on twitter. 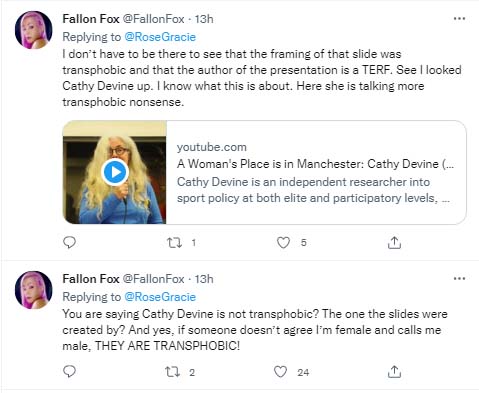 Fox escalated from there and made logical fallacies in process. 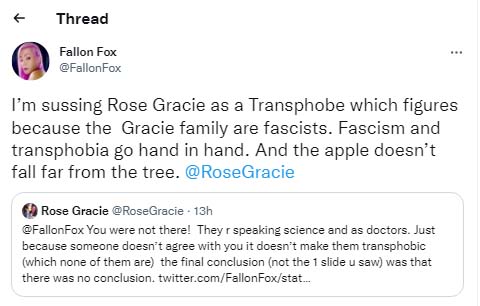 Now we’re assuming here that Fox is unaware that Gracies’ only modern hope for Combat sports superiority actually got arrested for harassing a trans individual in Brazil.

“Four jiujitsu fighters from the Gracie Academy decided to “hunt” transvestites who
they stopped at Avenida Atlântica, Copacabana, in the early hours of August 1st.
Roger Gracie Gome, 18, Rafael Ramos, 19, Murilo Carvalho da Silva Neto, 22, and
Rafael Correia de Lima, 25, were arrested while chasing transvestites with
a baseball bat and shot at them with two air pistols,
equipment used in the practice of Paintball. “They appeared to be customers, but
Then they started cursing us. Then they sent us running saying they would
kill us,” said Márcio Antônio Araújo, 22, the transvestite Susi. sporting various
rubber bullet wounds and other injuries”

But not knowing this gem – Fox instead pivoted to criticizing Rose Gracie for the ties her brothers have to the right (dating back to 1930s). Which are interesting to examine but don’t really mean much in the scope of a martial arts talk at a conference. 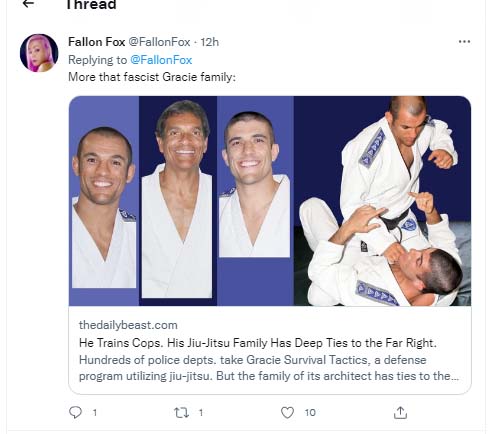 Said article details that many police officers take a Gracie Survival Tactics course which originated from a founder that had connections to the far right in the 1930s. And indeed Helio Gracie was obsessed with eugenics and (as his son confirmed) fathered a number of children with Brazilian African maid in order to provide them with superior genes for martial arts.

But none of that really changes the fact that the groundbreaking new research confirmed that transgender women are physically stronger and have larger hearts and lungs than women who are born female even undergoing years of HRT. Researchers confirmed in a new study that trans women had less body fat and muscular mass than those born as females.

The research contends that this held true even after years of hormone suppression. The results provide the clearest evidence that transgender women have a competitive sports edge over biological women.

Alana McLaughlin went on to condemn the conference for lack of trans participants.

And the two urged the individuals who find themselves in a similar predicament to seek legal guidance. 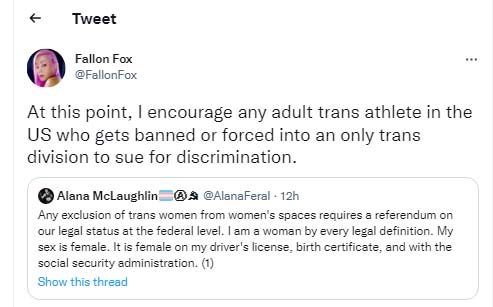