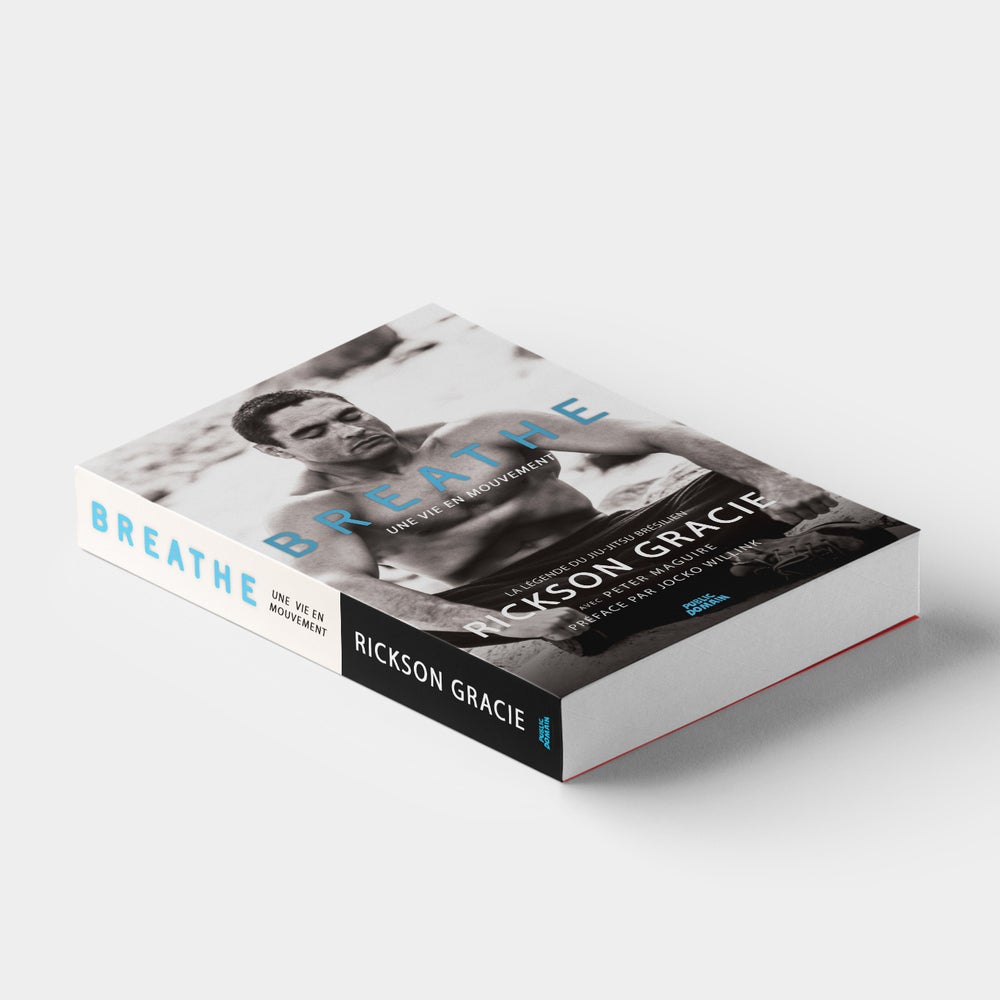 For many fans around the globe Rickson Gracie is the father of mixed martial arts. Through the inception of Mixed Martial arts in the 80s, Rickson was considered to be the best fighter of the Gracie family.  His biography comes on the wings of Netflix ordering a documentary about his life – due to come out in 2021.

Rickson Gracie has been kicking up a publicity storm this week having gone on both Joe Rogan Experience as well as Jocko Willink’s podcast. He was there promoting his book “Breathe”. Breathe is being sold at amazon at $17.99 for the kindle version and $23.49 for the hardcover. In terms of price, the book certainly offers a value add though it depends on the readers interest in Gracie family lore to begin with. It’s very hard to picture someone reading this, not having been exposed to jiu jitsu.

The book is divided into 10 chapters starting with the origins of the Gracie clan in Scotland. While some of the Scotland Gracies went to the US (and fought along with confederacy) Rickson’s own heritage comes from George Gracie who arrived to Rio in 1826 from Scotland. While the Gracie takes pride in military experience of his descendants his actual ancestor quickly climbed the social ladder by marrying into high society.

From the very first chapter the content feels slightly embellished. I would be very curious to see someone do a fact check on some of the historical details included in the book. The Maeda segment in particular would be interesting to compare to Robert Drysdale’s book however I was not able to do that at this point and might attempt to at a later date.

The book’s narrative often contradicts itself. For instance Rickson details how Carlos Gracie got the idea:

“(Carlos) had a revelation: a fighter who used
technique, strategy, and intelligence could defeat a fighter who had only
size and strength.”

Only to follow this a short while later with:

“Because Hélio did not have the option of using power, he had to rely
on leverage, sensitivity, and timing to compensate for his lack of strength. I
know this might sound like an exaggeration, but Hélio Gracie was to Jiu
Jitsu what Albert Einstein was to physics.”

Rickson seems to gloss over many personal failings on the book, but is not as forgiving when it comes to Carlos Gracie or even his own brother Rorion Gracie.

Carlos Gracie is portrayed as kooky, slightly unhinged and irrational in particular. And this is where the first revelation of the book comes from – Carlos Gracie had become motivated to sire as many children as he could in order to create a clan of fighters. Helio Gracie was on board however he was deterred from this goal considering his wife was infertile. Carlos hatched a plan that Helio impregnate their African Brazilian babysitter instead while his wife pretended to carry the pregnancies. This arrangement produced Rorion, Relson and Rickson.

The book is full of esoterica. Various members of the Gracie family believe in reincarnation (including Rickson) and are exposed to aspects of the occult and have elaborate superstitions. Rickson frequently glosses over some of the more disturbing anecdotes – the point of many of his stories seems to be the warrior spirit and bravery as opposed to providing actual context. In one such case Rickson describes his kid self being a witness to Helio being shot in the leg and beaten with the butt of the gun but is quick to dismiss the altercation a few lines later with these lines:

“Even though the goons had threatened to kill
my dad if he went to the police, after he got his wounds treated, Hélio went
straight to the police station and reported the crime. In the end, he and the
councilman reached an uneasy peace.”

Interwoven in the anecdotes are Rickson’s philosophical teachings regarding how to approach various aspects of jiu jitsu including introducing the kids to bjj  which is particularly interesting considering that everything he describes as undesirable, seems to be exactly what his own son (Kron) went through.

If you push kids too hard, too young, they will quit
forever. Parents should never burden their kids with their unfulfilled
ambitions, frustrations, anxiety, or any other form of emotional baggage.
The parents’ support must be consistent. The most important thing is that
the child gets the experience—win, lose, or draw—without judgment.

Mind you, these are the words of a guy who was clucking like a chicken at his son’s opponent at a bjj competition.

Another big revelation of the book is that 13 year old Rickson was a member of a gang who dabbled in narcotics trade even after being confronted by his family. This is another chapter of his life that’s ultimately glossed over.

A lot of the anecdotes piled in this book feel like stories meant to have main takeaways as opposed to one man’s life story. Considering many of the readers will be uncritical fans of the Rickson Gracie ethos it’s hard not to see how this approach would work. However it would definitely be a better book if he hadn’t shrugged off so many eyebrow raising moments.

Rickson is not as forgiving when it comes to his own brother. Rorion Gracie (father to Rener, Ryron and Ralek) was the first to move to the US and promote the gentle art. An experienced lawyer, Rorion sorted the papers for Rickson to move his own family to California. As Rickson didn’t speak English at the time, he was completely reliant on Rorion when it came to account deposits and many other details of modern living. While Rickson started gaining followers, his checks had stayed the same.

“I was
supposed to give my brother all of the money I made teaching, and he was
supposed to pay all of my expenses. But as my following grew larger and
the checks got bigger, I was not seeing any more money. Our relationship
hit a new low when he told me that he might take away my green card if I
didn’t follow his orders.”

Around the same time Rorion attempted to trademark Gracie Jiu Jitsu in a bid to prevent other members of the family coming to America from profiting off of the name. For Rickson, this is just a side note he blames for popularizing the brazilian jiu jitsu name.

The book also features familiar tales of how Royce became the family bannerman in the UFC. While Helio stayed back in Rio, Rorion had his full backing when it came to putting the financial squeeze on Rickson. And as they felt he would be a handful, they opted to feature Royce.

Things only got worse since Rickson started being managed by his ex wife – Rorion went on to forbid most of the family from cornering Rickson in Japan. The only person that would go was Royler.  And Rickson’s ex wife did a great job securing payments from Japan. While the UFC’s first event offered a winning purse of 50k, Rickson had secured 50k just for showing in his first fight and another 50k for winning. And with each subsequent fight the winnings would double.

After Royce was unable to keep up with the competition in the UFC, Helio intervened to pressure Rickson into carrying the family banner:

When Kim and I met with my dad, Rorion, and Art Davie at an office in Los Angeles, I told them that I would be happy to fight for a million dollars. When Art tried to justify the UFC’s paltry pay scale, I told him that this was his problem, not mine. Finally, my dad played the Gracie card and told me that in his day, he fought for family honor, not money.

This lead to a conflict between Rickson and Helio – but this conflict isn’t explained or elaborated. It’s only later we learn they reconciled after the tragic death of Rickson’s firstborn son.

The book’s final huge revelation is that Rickson to this day, believes his 19 year old son was murdered. In 2001, Rockson Gracie went to New York and stopped returning his family’s calls. He was ultimately identified from his tattoo Rickson Gracie #1 dad by his cousin Renzo. While the timeline is unclear, Rickson Gracie claims it was foul play because Rockson’s suitcase had been mailed to the family about a month later (unsure if they mean a month after he died or a month after the family had learned of his demise) along with a drawing of a grim reaper on a pile of skulls.

Ultimately Breathe will make for a good gift for martial arts fans. But you can’t help but feel like there was plenty of interesting and complicated dynamics to unveil whereas we got a number of anecdotes that all string the ethos of the warrior throughout.