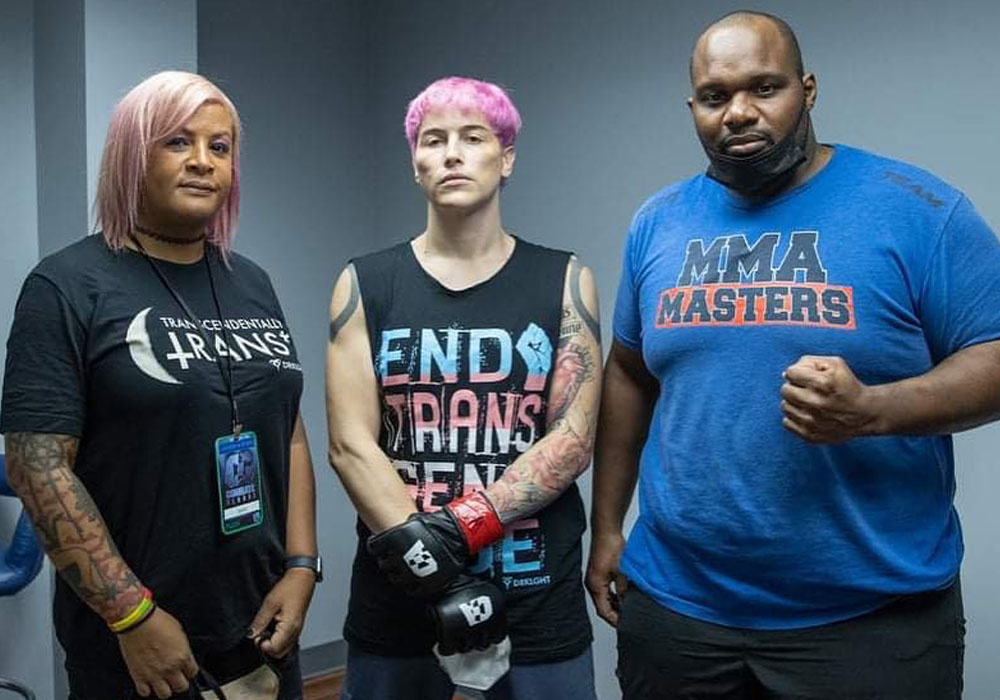 Trans fighter Alana McLaughlin is taking it personally that plenty of commentators are directing her to fight men instead of biological women. But it’s not so simple to her – after all she recognizes that weight divisions are a thing and as such wouldn’t fight Gabi Garcia for example. I mean why would you, when the alternative is fighting 145 lbs women.

“I’ve had probably four or five different uh trans fighters now, like, trans women fighters who, I mean honestly, I can’t really take most of them seriously because they you know they haven’t gone and gotten a pro card. They haven’t like fought serious fights but they’re like: “Oh well we’re doing the right thing by fighting men because we know that, you know, we’re always going to be better than real Women,”.

You know like they’re disrespecting themselves and they’re disrespecting cis women fighters because I guarantee you, like, like, the one girl she lost a tough man fight. You know it’s like boxing rules, where um, you know it’s boxing rules with untrained fighters and she was turning her back to her opponent it was only one minute rounds and they were playing “dude looks like a Lady” over her bout. It was just… So I’m looking at this and I’m like well you have no self-respect and you clearly don’t respect cis women fighters and I can tell you Celine would have tuned these girls up like any of them.”

As a reminder McLaughlin would bench over 300 lbs (136kg), deadlift the back end of a car (according to some estimates that is roughly 680lbs/300 kg) and run 6 minute miles and more. And at her peak weight she had about 190 lbs (86kg) – a number that’s science fiction like for even athletic women that are about 5″7′.

“Also the imprinting of years and years of testosterone.

When a man transitions to a woman and then starts taking estrogen it’s actually helping retain the bone mass that he would have lost by not having testosterone and then on top of that reaction times. The reaction times are several tenths of a second faster in general for women than they are for – for men rather than they are for even professional athlete women.”