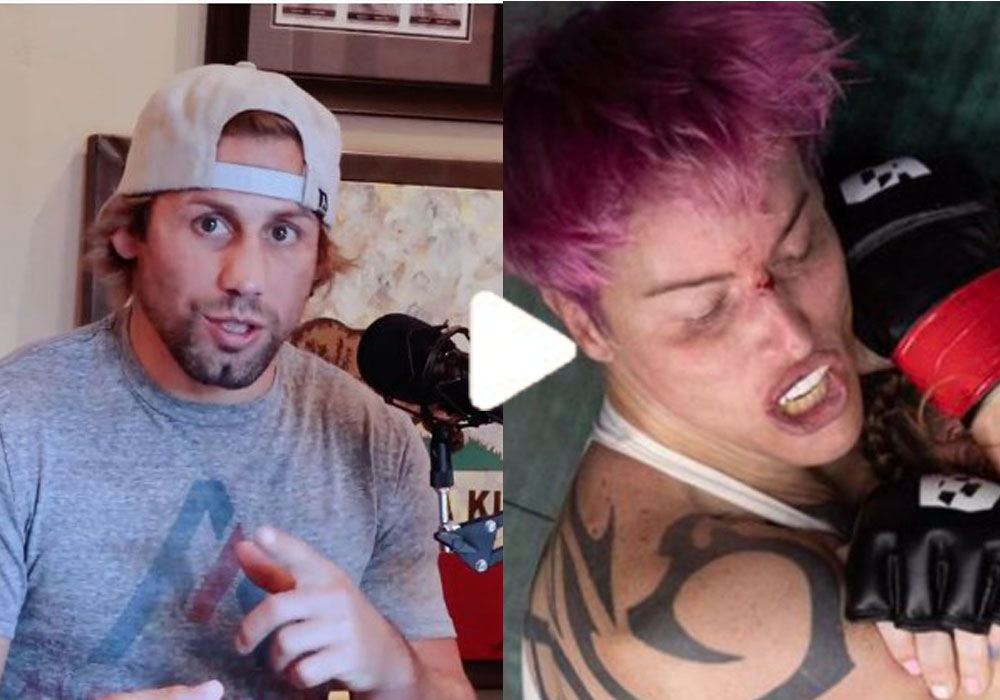 Alana McLaughlin just can’t catch a break. It seems as though every day there’s a UFC professional with scathing perspective on what transpired in her last fight.

The latest to weigh in is former UFC champion and Team Alpha Male head Urijah Faber. Faber dedicated an entire segment to McLaughlin on his new podcast. California kid was substantially more mellow on the topic than many of his counterparts:

“Who knows what that means in the big picture, is it more dangerous for a female to go against another female that has changed from a man? I think there needs to be studies and
especially when it comes to the sport i mean if we’re talking about the sport of mixed martial arts, it’s not like golf where there’s some money and some notoriety at stake. It’s physical –
there’s physical consequences.

Faber continued: “The question I’ve had is – and the point that I’ve had is – we’ve seen a lot of
headlines about men becoming women and competing in these sports we haven’t seen it as much on the other side. There aren’t a lot of women that are competing with men and having a so-called competitive advantage so is there something to that? I think at the end of the day my perfect solution would be take every sport and do an individual analysis of that sport.”

And Faber seemed to play his cards remarkably close to the vest for some reason. It could be that he’s just that unfamiliar with body chemistry – although we really doubt that. Anyway, the science of the body paints a radically different picture.

Due to testosterone levels, men naturally have more muscle than women, allowing them to compete at an increased level. Men also have on average less body fat, larger lungs, a higher VO2 max, larger hearts, more hemoglobin (the protein in red blood cells that carries oxygen to the body’s tissues) as well as longer legs and narrower hips. All of these differences combined are the reason why men’s and women’s sports — such as track and field — are usually separated.

Of course the entire picture gets murkier from there because not only did this person in particular pass through puberty – she also was lifting weights and a member of the army and as such is likely to have been extremely physically active so that she could reap the benefits of the biological gender prior to transition which is reported to have happened about 5 years ago.

All that aside is Urijah being too politically correct to say the quiet part out loud?