Roger Gracie is one of the most prominent jiu-jitsu talents from a previous generation. Roger Gracie wasn’t born a Gracie though – he is the son of Reila Gracie (daughter of Carlos Gracie) and Mauricio Motta Gomes.

Roger Gracie belongs to a previous generation of grapplers and was active from early 2000s up to 2010s with a single exhibition in 2017.

But going even further that most from his prestigious lineage, Roger Gracie was active in both Gi and Nogi jiu-jitsu as well as MMA.

Gracie was even in the UFC for a brief stint. Gracie started in Strikeforce and even had a brief stint in UFC, having lost his UFC debut to Tim Kennedy. He followed that up competing twice in ONE FC where he became the promotion’s champion despite a short stint. His MMA record stands at 8 wins and 2 losses. He is currently 41 years old.

On his last appearance in an MMA cage, Gracie showcased an extraordinary physique complete with a hefty case of back acne – which is typically associated with PED use. 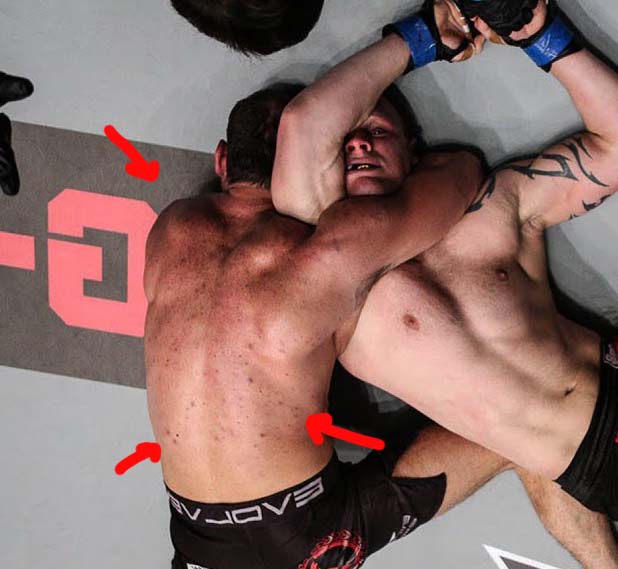 While PED use is frowned upon in legitimate MMA organizations, it’s all but encouraged in some of BJJ’s biggest competitions. This is how Roger Gracie found himself answering a question relating to PED use in jiu-jitsu.

“in the IBJJF World Championship, only the champion gets USADA tested in the ADCC there’s no testing and a lot of people say, look, the guy is pumped, he’s very strong
there’s always that controversy, that discussion, some are against, others are in favor
how do you see that?”

“If you fight someone with anabolic, the guy is benefiting from something that doesn’t matter how often you train, it creates an inequality. What can you do? the guys are big”

“I don’t want to get into controversy, I won’t point my finger at anyone, everyone does what they want with their lives, but I’ll tell you, the guys are big.  I don’t remember competing against a guy this big but anyway, each to his own. That’s it”

This is interesting to hear especially considering Gracie previously spoke favorably about ADCC winner Gordon Ryan who has one of the most extraordinary physiques in the competition and has undergone a remarkable body transformation in the last 5 years.