During the recent weigh-ins for the UFC 273, all eyes for pointed at Alexander Volkanovski. Once the featherweight champion stepped on the scale two things were obvious  – that the title bout is on, and that Volkanovski might be going into it injured. 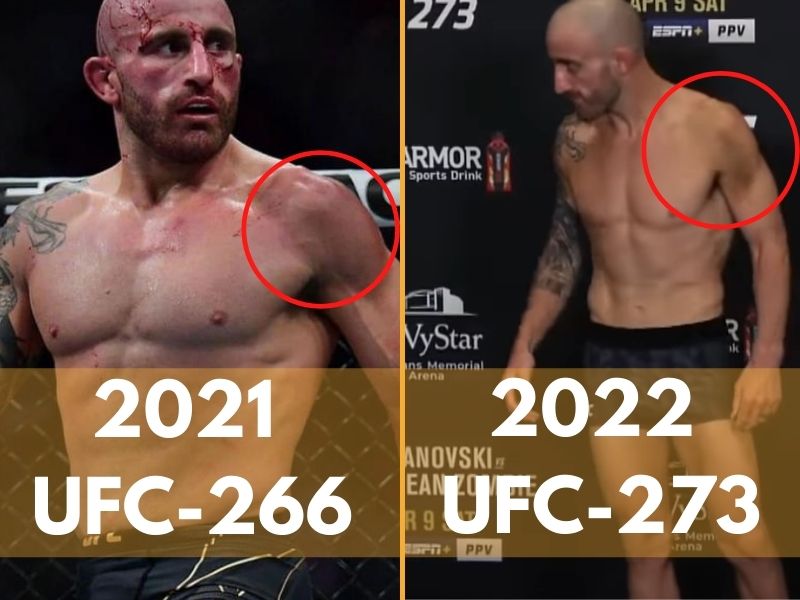 When Alexander Volkanovski took off his t-shirt to weigh in the 145 championship limit, he appeared to have a bruise on his shoulder.

The bruise looks like it could be some type and muscular tear, and the champion still might have mobility issues from the probable injury. Take a look:

One interesting fact is that Volkanovski had a similar bruise during his fight against Brian Ortega at UFC 266. The bruise did not appear to affect Volkanovski’s performance, but the reappearance of it might mean that the Australian champion has reoccurring issues on his shoulder.

The bruise was also apparent days earlier when his MMA team Freestyle MMA posted these stills. 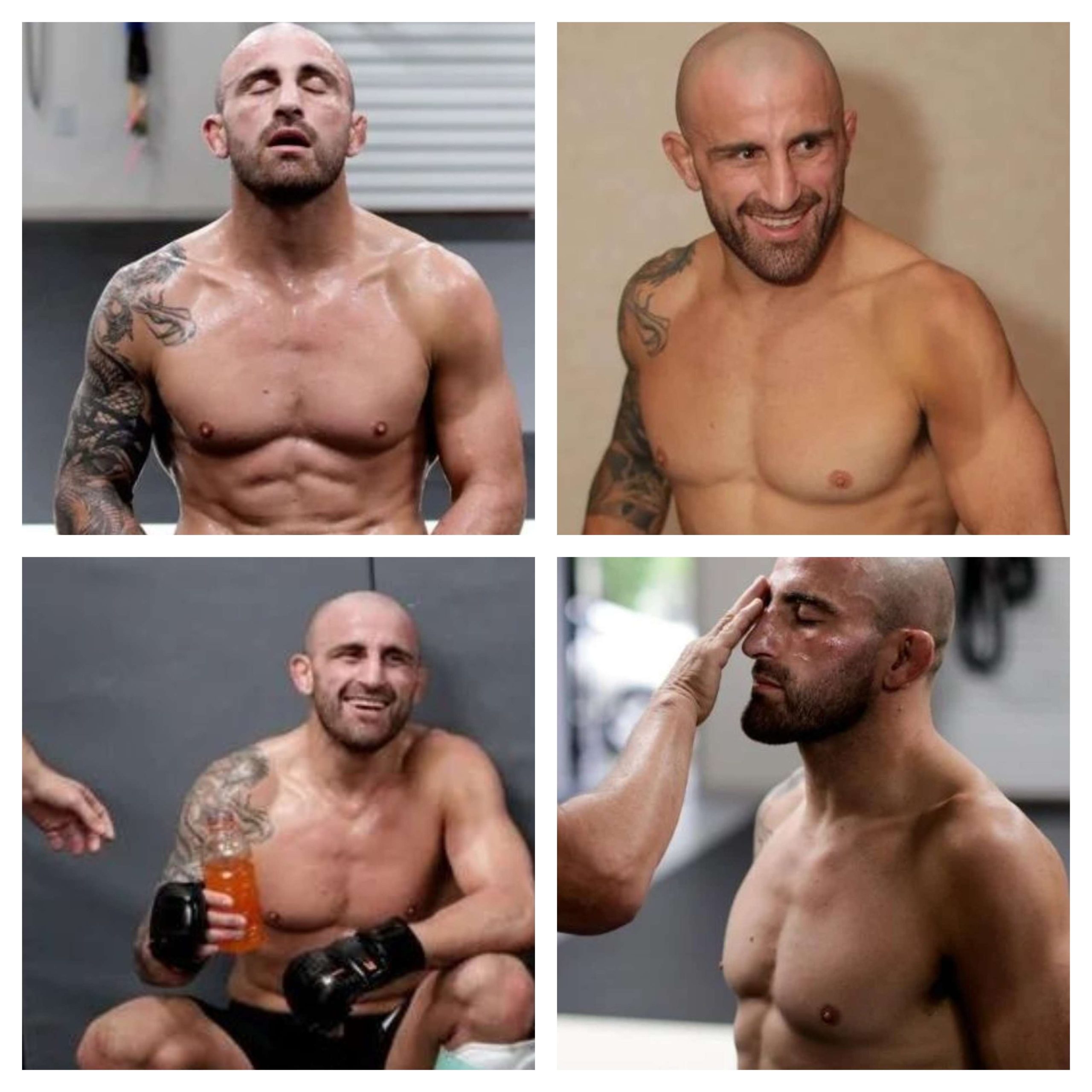 Volkanovski is currently a huge betting favorite. The odds opened favoring him and progressively continued to worsen for The Korean Zombie in the lead up to UFC 273. 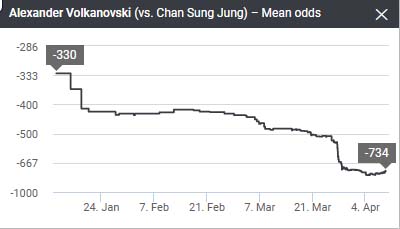 The irony is that his opponent, Chan Sung Jung also known as “The Korean Zombie” has faced numeral shoulder injuries throughout his career.

In Jung’s only title fight to date, he lost to the then-champion José Aldo after dislocating his shoulder. Aldo took advantage of Jung’s injury to TKO him moments after.

After injuring his shoulder, Chan Sung Jung was finished by Jose Aldo in a featherweight title fight, seven years ago today #UFC
pic.twitter.com/hKf1cT5n97

Even ahead of UFC 273, The Korean Zombie reported on his Youtube channel that he is still recovering from a serious SLAP tear on his shoulder that occurred in his fight against Dan Ige.

“My shoulders aren’t in the best condition,” The Korean Zombie told his Youtube audience in November of 2021. ” I’m not fighting because I’m in pain. If I wasn’t hurting so much, I’d fight the first chance I got. I seriously injured my shoulders during my fight with Dan Ige a couple of months ago. I was diagnosed with a SLAP tear, and anyone who has had a SLAP tear before knows how painful it is.”

Hopefully, both fighters have their shoulders healthy for their much-awaited featherweight title fight. Volkanovksi will face The Korean Zombie for the main event of UFC 273, happening this Saturday.