Police officer Henrique Otávio Oliveira Velozo has been confirmed as a suspect in the shooting of 8x World BJJ Champion Leandro Lo. While the details were initially withheld, Combate managed to get a copy of the police report with the suspect listed. 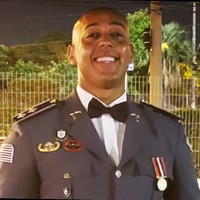 Velozo taught self defense at one point during his tenure as a Police Officer. As per his public Linkedin

In the police report, witnesses reported Velozo grabbed a bottle from Lo’s table, which prompted him to take Belozo down and immobilize him. They were separated, and then when Velozo got back to his feet, he pulled a gun and shot a shot straight into Lo’s forehead.

“He arrived, took a bottle of liquor from our table. Lo just immobilized him to calm down. He took four or five steps and fired,” said the witness, who asked not to be named.

Lawyer for the family confirmed about the incident. Several Brazilian outlets have since confirmed his passing.

Leandro Lo, full name Leandro Lo Pereira do Nascimento, first broke out on the national BJJ scene in 2012 when he first won World championships. Lo was a student of Cicero Costha until he decided to up and leave to be the founder of his own team, NS Brotherhood.

Lo had gone through three divisions during his time as an active grappler and had won all significant titles a Gi competitor could win. He also tried his hand at ADCC back in 2017 but Australian grappler Craig Jones ended his Nogi journey fast.