Masvidal might have gone the distance with Covington in the octagon but he was interested in something very different when he seaked him out late last night. According to reports, Masvidal approached Covington in a dark hoodie, while wearing a surgical mask and landed a punch from the back. He had several accomplices come along. The accomplices haven’t been identified.

Brief murky video of the altercation was released thanks to the CCTV from a nearby establishment.

To make matters legally force for himself Masvidal all but confirmed the altercation in a series of social media postings.

And now the police report has been released. A twitter user identified the police officer who had sent the report. 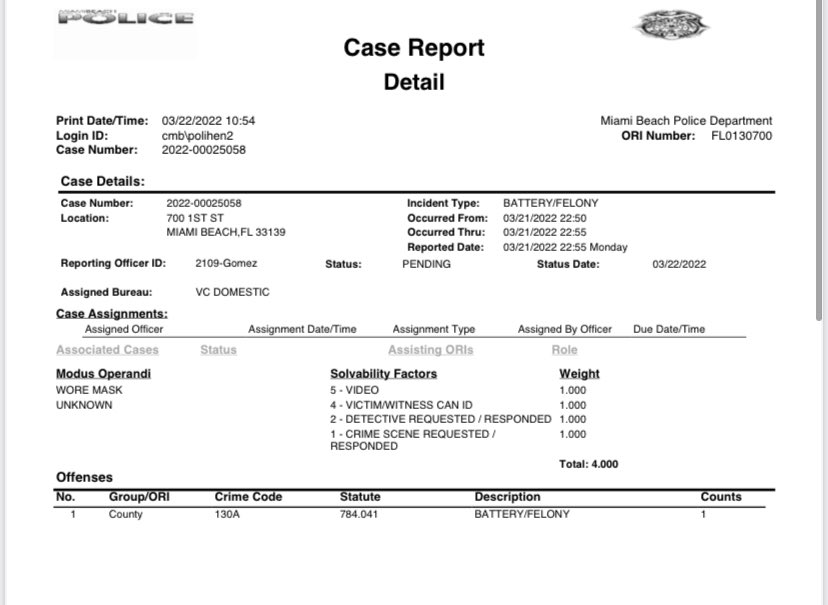 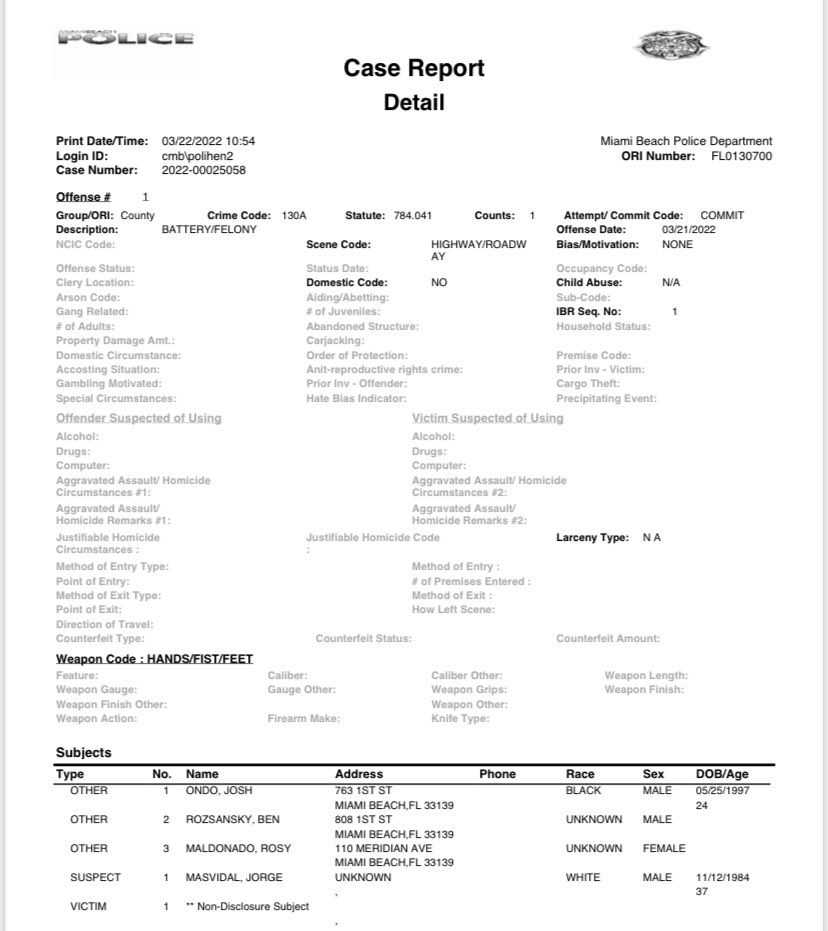 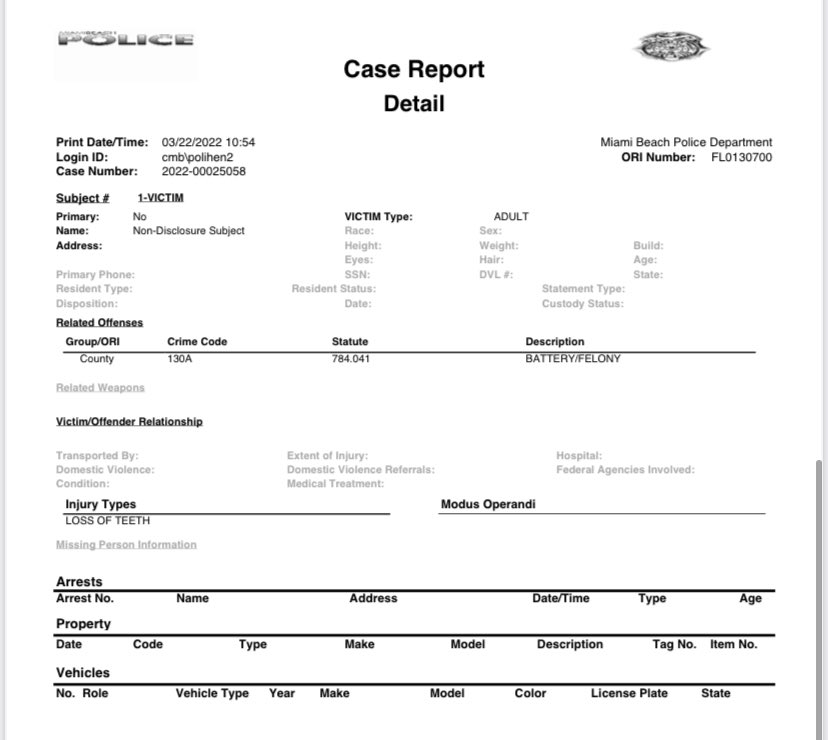 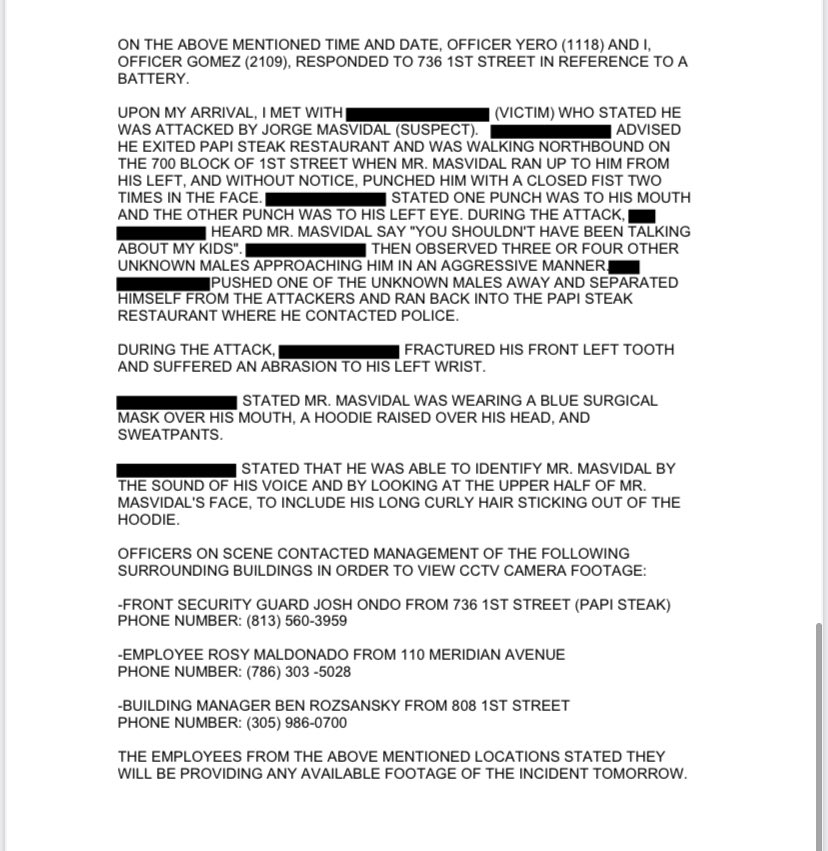 In spite of initial reports that Masvidal has been charged he hasn’t been yet – he is considered a suspect in a felony assault battery.

In Florida, Felony Battery is any intentional and unconsented touching or striking, which results in great bodily harm to another person or which occurs after a previous conviction for battery. The offense is a third degree felony, with maximum penalties of up to 5 years in prison.