Martyn Ford has been all over combat sports media as of late thanks to his (now cancelled) boxing event against Iranian Hulk (Sajad Gharibi). Ford has been taking the switch to boxing super seriously and had even enlisted the help of Dutch kickboxing superstar Rico Verhoeven.

Verhoeven is a longtime professional kickboxer who currently competes in the heavyweight division of Glory, where he is the reigning Glory Heavyweight Champion.

Ford is 39 years old and is aware that the clock is ticking on what he can accomplish as a celebrity boxer. The self nicknamed ‘World’s scariest man’ has been making a living by acting and running a body building focused website. There was a lot of interest in seeing him and Gharibi make boxing debuts together considering how massive they are.

But while Gharibi’s claims of weigh loss are somewhat dubious, Ford has showcased some high definition pictures of what training boxing has done for his supernatural physique. According to the man himself, he’s dropped 60 lbs in process (27.2 kg). 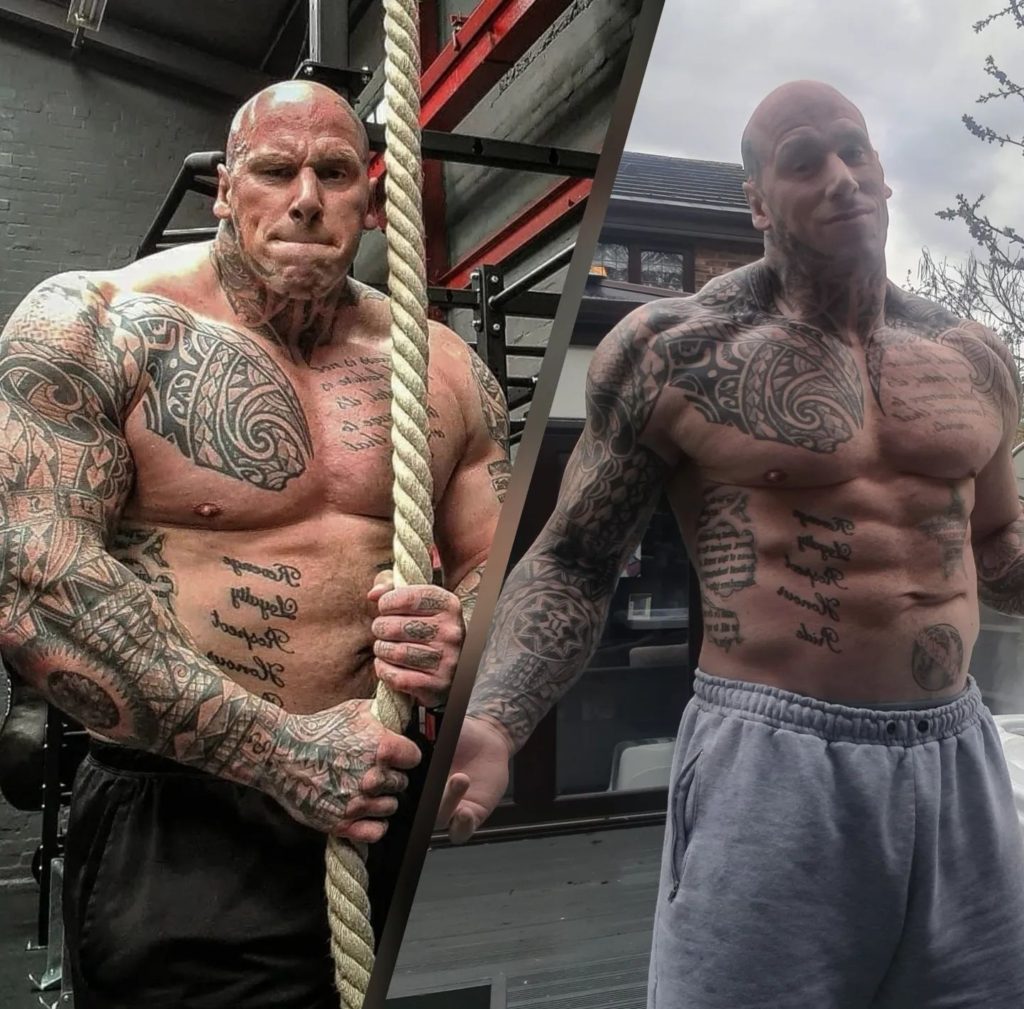 In a social media post Ford explains:
“Lifting big ass weights VS Boxing …… 360lbs vs 302 lb ….. October I started this journey, and like anything I’ve done in life that I’ve really wanted to do, I’ve given absolutely EVERYTHING and more. This is by far the best and healthiest I’ve felt in years, getting back to feeling 21 again is insane …. if you have a serious goal to achieve”

Ford had addressed speculations that he was the cause of the Boxstar card cancellation shifting the blame on ‘mental wellbeing’. Seeing how the Iranian Hulk situation developed, Ford quickly checked out of the match up and announced he would no longer be a part of the Boxstar main event prompting many to speculate that it was about money.

In the fall out from the withdrawal Ford signed with a new and highly controversial manager – and is clearly hoping to get matched with Hafthor Bjornsson, who is uninterested into giving Eddie Hall a pre-agreed upon rematch.