Bo Nickal finally got signed by the UFC.  Bo Nickal was a three-time NCAA Division I champion wrestler before transitioning to MMA.

In the 92kg weight class, Nickal won both a national title and a U-23 global championship in 2019. He had a wrestling record consisting of 120 wins  and  3 losses in college, with a combined 61-0 record in his junior and senior years.

Brendan Schaub jumped on this angle and hosted Nickal on his Food Truck Diaries series.

For those unaware, Schaub is the best accidental comedian in the space having previously asked UFC veteran Tim Kennedy if he caught Hitler in addition to asking Michael Chandler if his adopted children are from Africa.

To make the interview more comical Schaub displayed his classic interviewing chops that were once lampooned by Sean O’Malley.

Perhaps despite his epic interviewing skill Nickal got to answer one call out – from occasional UFC middleweight and permanent wingman Darren Till. 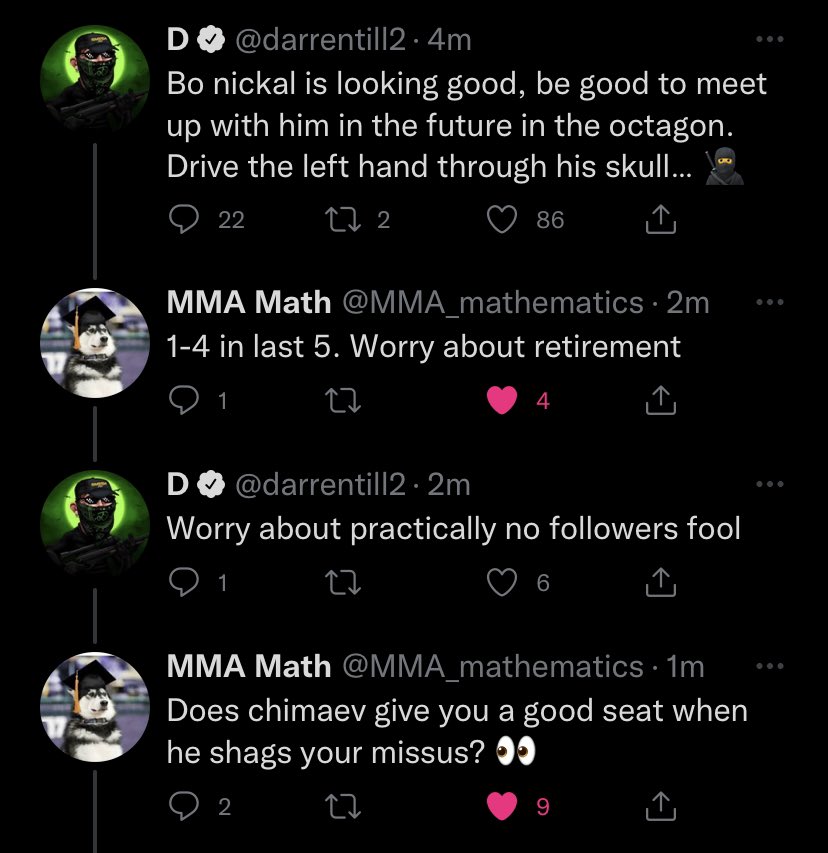 “Man, Darren. Very, very cute. I guess that’s my first impression, it’s a cute thing of you to say having just gotten absolutely bodied by Derek Brunson. Another wrestler, another grappler who’s a tough dude, but I don’t know why you would say something like that, knowing what I can do to you. Hopefully we fight in the future and hopefully you’re ready. Good luck.”

Did Brendan put his gum in his pocket? pic.twitter.com/wd5Hq2P8Gz