Iranian Hulk has been very illusive. Two giants will face off against one another inside a boxing ring on April the 2nd 2022. The fight will feature Martyn Ford, well-known actor and bodybuilder, and Sajad Gharibi, aka Iranian Hulk.

Ford and Gharibi have been rumored to fight since 2018. And in 2019, the two were actually scheduled to fight in a Polish MMA promotion but the bout got canceled with no official explanation. 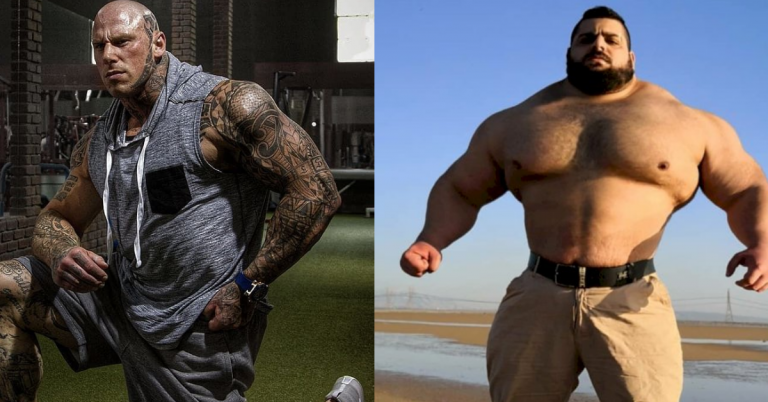 This fight will be held as a part of a BoxStar event, a celebrity boxing promotion.

On his Instagram account, Martyn Ford stated that the reason for this fight is because of a personal issue between them. Though he didn’t specifically explain it, he implied that it’s because of things said by Gharibi and his team.

During the face off earlier last week – the two even got in a scuffle.

After the fact, Gharibi apologized for his behavior in a video featured on his profile. Video has been translated by Mirror

He said: “I came here with my own money and capital without any financial support and without a coach. As you can see in the video, he publicly shocked me and I lost my balance.

“I apologise to all the people of Iran for this, but know that this is not the end of the story, and I will say the main thing in the competition, I promise.”

“The Iranian team was told before the conference that they only face each other, and that you have no right to hit your opponent.”

“I will say one thing, after meeting the Hulk, and seeing some of his videos in the last 48 hours, YES we are due to have a boxing match, BUT I do not want to see any hate towards him.”

Meanwhile Gharibi has been battling with accusations of catfishing. The face off made it apparent that Gharibi  had likely been enhancing his physique digitally – for years.