In the world of mixed martial arts, we’re used to seeing a lot of different things. There are plenty of fighters who try to cheat when it comes to their weight – but perhaps none in this fashion.

Sajad Gharibi had a contentious face off with Martyn Ford last week. In case you’re not familiar with Gharibi, he also goes by Iranian Hulk. Gharibi (30) has been an online sensation as far back as 2015. Back in 2016 he offered to fight against ISIS in Syria. In the past he was challenged by UFC’s Brian Ortega to an MMA Fight. Ortega boasted he would smash the ‘Iranian Hulk’ but nothing came of the call out.

Some time later Gharibi was rumored to be fighting Martyn Ford in polish promotion – KSW. That announcement had since been denied. This fight will be finally held on April 2nd as a part of a BoxStar event, a celebrity boxing promotion.

Things between the two even got heated during face offs with Gharibi initiating conflict by attempting a takedown on Ford.

But perhaps the biggest story of that day was buried between the fight footage headlines – the Iranian was substantially smaller looking in real life than his iconic pictures showcased.

At the event Sajad Gharibi was taking pictures with the fans and it had become apparent that his physique boasts might’ve been overstated. In fact he was even accused of being a catfish.

Catfishing typically refers to the process of luring someone into a relationship by means of a fictional online persona. In this case Gharibi potentially secured a huge fandom by altering his pictures. 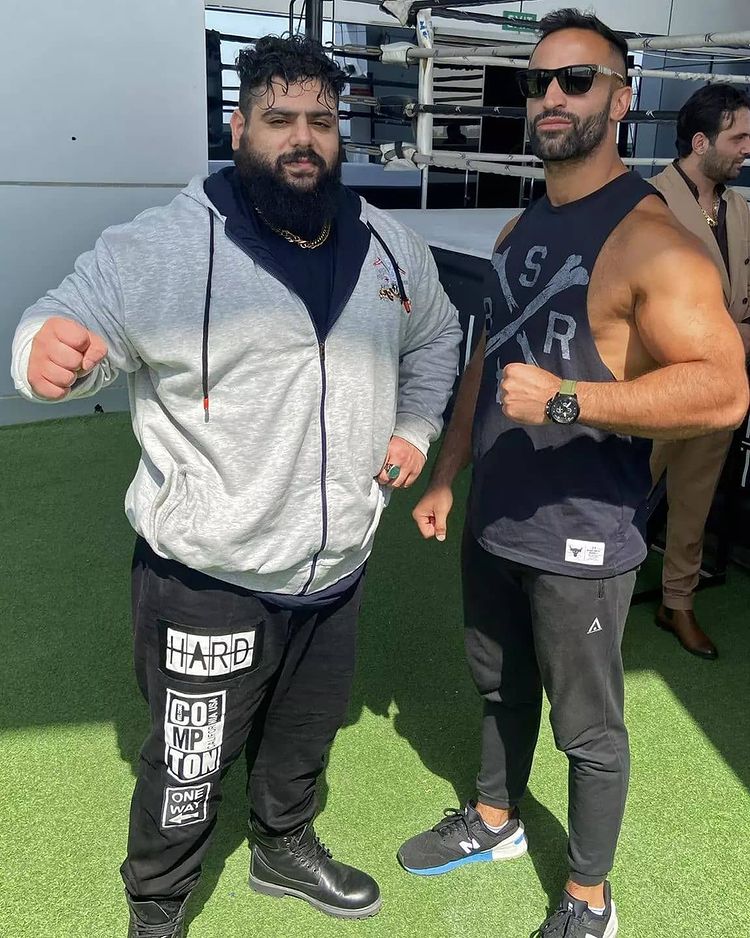 The fans were in disbelief once these pictures surfaced.

Can’t believe the Iranian Hulk was a cat fish this whole time pic.twitter.com/fitVyTaDq1

looks like photoshop have more power than this dude pic.twitter.com/voPJb8M6yT

if iranian hulk is fake nothing is real

Never forget you can be anyone you want to be

Like the Iranian Hulk dude that photoshopped all his pics (left), got a huge contract to fight bare knuckle and showed up a fraction of the size he claimed to be (right)

Fake it till you make it baby pic.twitter.com/sVDwZ4Lo2r