Joe Rogan found himself in plenty of hot water as of late. Just as he managed to dodge the Covid 19 misinformation label on spotify an old compilation resurfaced. The compilation in question compiles Rogan repeatedly using racial slur used to insult African Americans.

Following the very public backlash Rogan has opted to apologize, explain the biggest specific case of use and remove over 70 episodes that featured him using inappropriate language from the platform Spotify.

What was Joe Rogan’s ‘Planet of the Apes’ comment about?

Rogan explains why he made the infamous “Planet of the Apes” comparison in his last statement. Rogan is quoted saying:

“There’s a clip from 11 years ago, I was telling a story on the podcast about how me and my friend Tommy and his girlfriend, we got really high, we’re in Philadelphia, and we went to go see Planet of the Apes. And we didn’t know where we’re going. We just got dropped off by a cab, and we got dropped off in this all black neighborhood. And I was trying to make the story entertaining. And I said, we got out. And it was like we were in Africa. Like we were in Planet of the Apes. I did not nor would I ever say that black people are apes, but it sure fucking sounded like that. And I immediately afterwards said, that’s a racist thing to say. Planet of the Apes wasn’t even in Africa. I was just saying, there’s a lot of black people there. But then I went on to talk about what a positive experience it was and how much fun it was to go to see this movie in a black neighborhood. It wasn’t a racist story, but it sounded terrible. ”

But what Rogan failed to mention – is the race of his adopted daughter Kayja Rose. Kayja Rose is in part African American. She was born on 23rd August 1996 to Jessica Rogan (then Ditzel) and Dino Conner. Dino Conner was the lead singer of R & B Group H-Town.

Rogan adopted Kayja Rose following her father’s death in January of 2003. He died in a car accident. Some sources allege that Rogan was having an affair with his now wife prior to them getting married.

Kayja Rose is an aspiring R&B artists. She regularly uploads music to her soundcloud and spotify. Back in 2017 she released her first EP titled ‘Tipsy’. 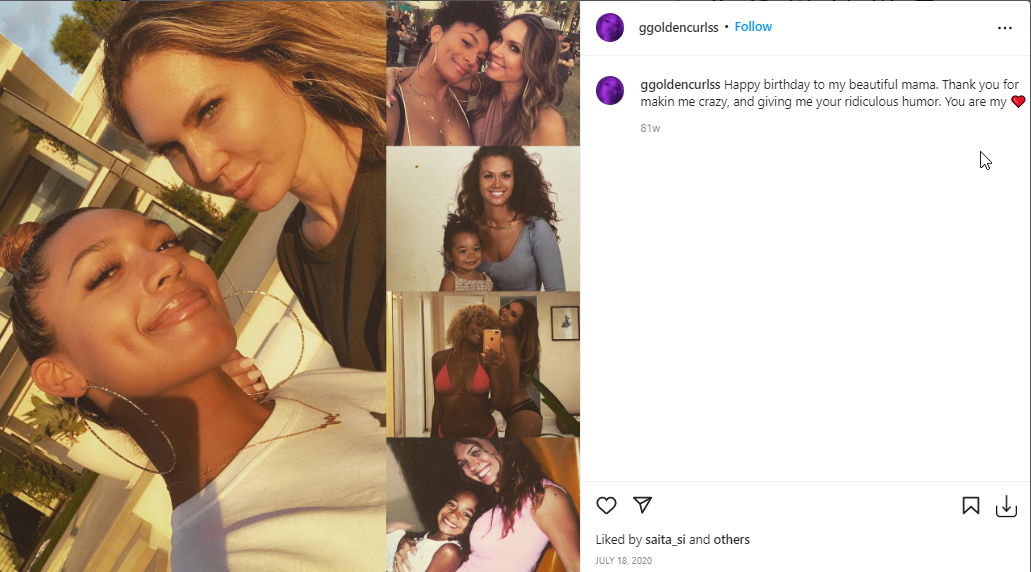 Rose went on a hiatus from social media in December of 2021 writing:

“Going on hiatus for awhile to heal fully, and grow into the person I am destined to become. I will be unreachable. Wishing peace, growth, and love for everyone here. See you soon xo?”