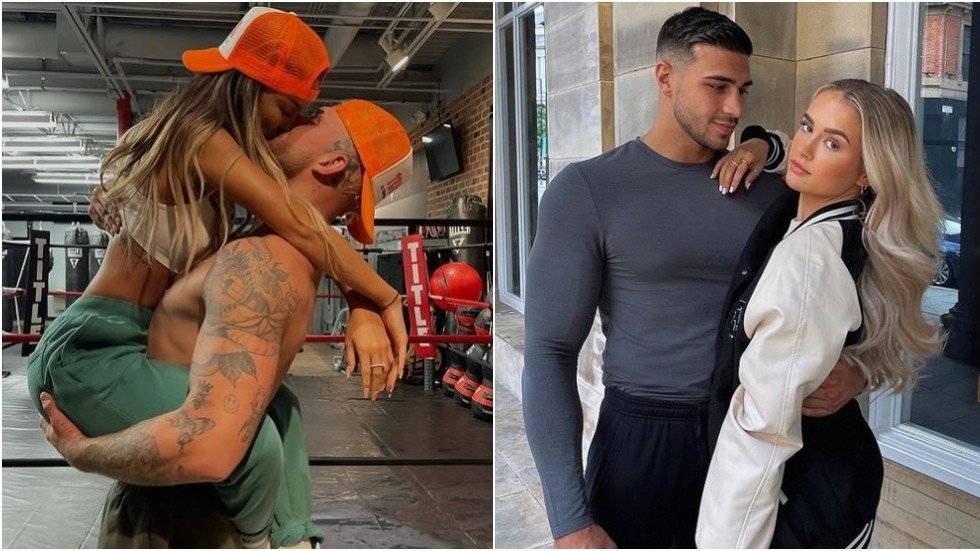 While Jake Paul and Tommy Fury are set to face each other in the boxing ring on December 18th 2021, their girlfriends have made strides to make it on the undercard of what’s bound to be an entertaining lucrative event.

When the news of the bout was made official, Molly-Mae Hague tweeted with a picture of the fight poster with a quote, ’Time to get the job done baby.’’

Jake Paul’s girlfriend Julia replied to the tweet with,” Alright… let’s make a bet then.”. later Paul added: “She won’t.”

Julia is extremely confident her man will beat Tommy Fury. Talking to TMZ, Julia said, “She didn’t respond. Molly’s not too confident in her man.’’ She added, “Molly, let’s make a bet. How confident are you in Tommy? Let’s see.”

When asked by TMZ if she would like to end this beef in a boxing ring, she suggested an alternative. “We could mud wrestle,” she said laughing.

Julia has been very active on social media since the main card announcement.

“The Problem child’’ is confident ahead of his fifth fight. He is currently 4-0 in his boxing career while Tommy Fury is 7-0. He even compared himself with Muhammad Ali, Mike Tyson, and Floyd Mayweather.
Jake Paul stated that the fight against Woodley was his first real test. Woodley hit him with a hard shot in 4th round that was nothing for him. He survived it and kept on moving.

In a pre-fight presser, he said that “Nobody from Muhammad Ali to Mike Tyson to Floyd Mayweather was testing themselves as much as I was in my fourth fight. I learned a lot about myself and what I’m capable of and performing under pressure. I look forward to bringing that experience to my next fight.”