The UFC bantamweight champion was left in confusion as to how people believed he faked the concussion during his bout against Petr Yan in March of last year.

During the fourth round, Petr Yan delivered an illegal knee to the head of Sterling who was grounded at the time. Sterling insisted he was unable to continue and thus won the title via disqualification. Many UFC fans have nothing but animosity for Aljamain Sterling for his DQ title victory. They believe Sterling was able to continue. To this day, Aljamain Sterling still insists that he wasn’t faking the injury he received from Petr Yan’s knee.

During a video on his Youtube channel, ‘Funk Master’ hit back at his haters. He implied that people have zero to minimum knowledge about medical stuff yet they act like professional doctors.

“When they paint the context and the narrative that someone faked—that’s the worst part. When they kinda make it seem like I legitimately faked because they’re now officially doctors, and they have diagnosed multiple athletes and multiple concussions throughout their lifetime that they know what the symptoms of a concussion is, they know how compromised and how badly hurt I was.” Sterling said. 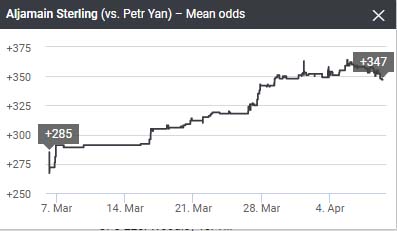 The 32-year-old even linked it to the racist stereotype claiming that African-American women have a greater pain tolerance. He believes people expected him to be more durable.

“There’s this thing that they used to say about black women. And I don’t want to make this thing about race, but they used to say black women can endure a lot more pain than others, so they would be treated differently. Why is that? So you’re saying that, me—and again, it’s not about race—but it makes me wonder, like, what about that situation for me makes it different for somebody else if they were to get hit with the same type of strike that it would affect them differently than it affects me? Meaning, it would affect them more and I’m less affected and that I pretended?” Sterling said.

“You know what knee strikes do. You see me run headfirst into a knee with Marlon Moraes, out like a light. We see other people get wobbly legs, all this stuff. But for some reason, for my particular situation, I faked it. Is it because I didn’t go out? You know what I mean? So it’s just like, where’s the context in that? Where’s the perspective in that type of situation where it’s like, now this makes sense? I can’t rationalize anything that these people say. I can’t because it makes no sense whatsoever.” Sterling added.

Regardless of whether Sterling faked it or not, a DQ title victory is definitely not something any fans love to see. Not to mention that Sterling was dominated the entire 4 rounds. Sterling is finally given a chance to prove his skill once again this weekend. Yan will try to snatch back his bantamweight title after winning the interim belt against Cory Sandhagen last October.