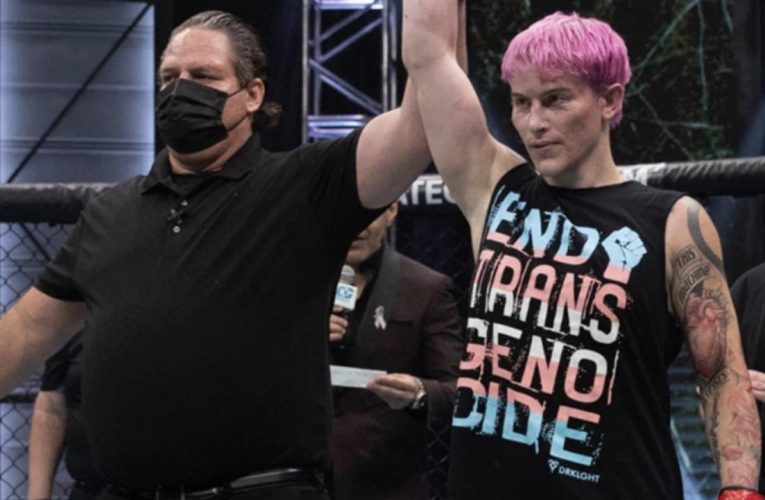 Trans Fighter Alana McLaughlin is dealing with quite a bit of hate in wake of her MMA debut against  biological woman – Celine Provost. After all, McLoughlin is only the 2nd trans woman to ever compete in mma with the first being controversial fighter Fallon Fox. Fallon Fox notably came out as transgender on March 5, 2013, during an interview with Outsports writer Cyd Zeigler and Sports Illustrated, following her two initial professional fights in the women’s division.

So regardless of how you feel about the debut – at least her opponent had a choice to make.

However with media scrutiny also came plenty of trolls. McLaughlin  detailed some of her strange experiences with social media companies and censorship. Here are some examples: 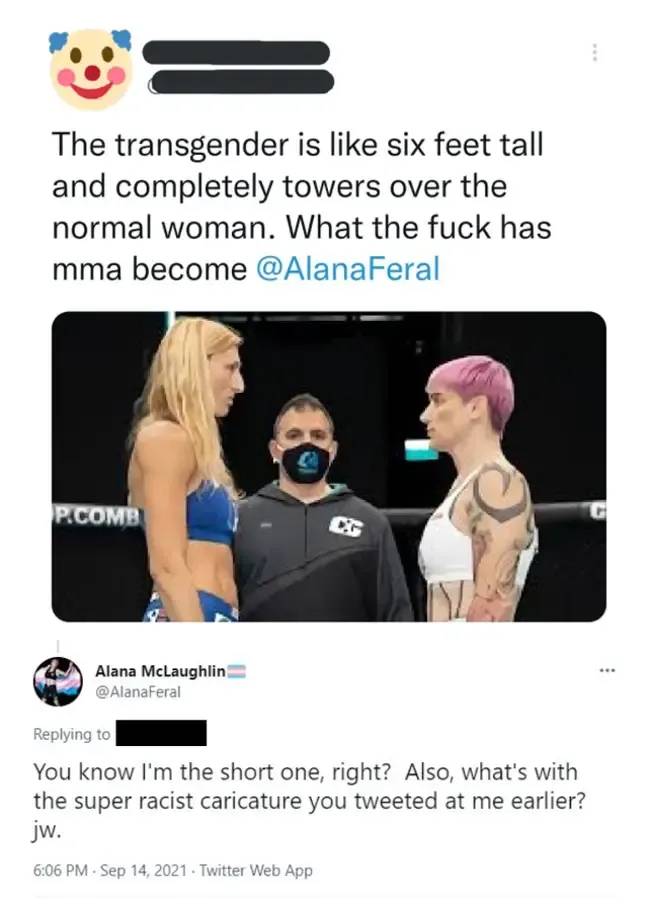 In all fairness the author of the clown tweet above also received a twitter suspension. She also took time to flame the typical bjj fans who both believe that strength doesn’t matter – and are typically well sauced, sort of speak.

And she sort of has a point there – but at least in jiu jitsu you get to tap – and not suffer devastating consequences of brain damage.

So – who here would like to see her compete against Gabi Garcia? Someone book that please!