Former UFC two-division champion B.J. Penn is running for Hawaii’s gubernatorial seat next month. A month before the election day, people are still unsure on who they’d choose to be their governor.

Duke Aiona, a former lieutenant governor who unsuccessfully ran twice for the seat is currently edging  ahead of Penn by a few percent, 27% to 24%. With a margin of error of 6 percent from the 269 voters, the competition is far more competitive than what it seems. 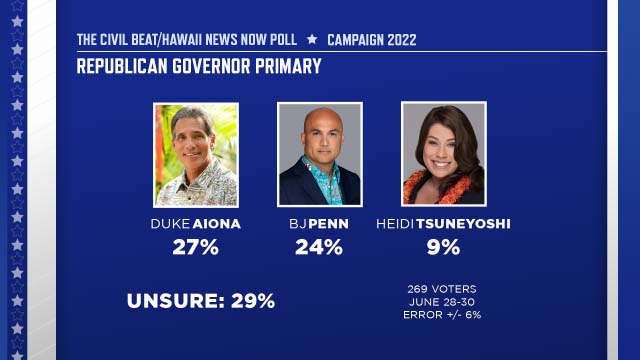 “It appears to be a tight race between the two front-runners, and there are a lot of undecideds still to win over,” said Seth Rosenthal, a survey consultant with MRG Research, which conducted the poll.

“The other candidates have a name-recognition gap to make up.”

While Penn doesn’t have the support of UFC behind him he did earn endorsements from Joe Rogan and Tulsi Gubbard despite his lack of a political platform.

“I’m done, 100%. It was hard for me to get out after being in there for 20 years and that’s your identity,” Penn said. “You know, and then I just kind of got into trying to be a father. I was trying to be around more. And then all this stuff happened, and I find myself [on the JRE podcast].”

“When I first got it decided to get into [politics]. I was just retired. So, I wasn’t trying to keep my everything perfect in public. I was just running around. I was just a guy trying to come off of a 20-year journey of being the baddest man on the planet.””

But the conversation was less than smooth – in the very first 10 minutes of the podcast the two had the following exchange.

BJ Penn made an appearance during the UFC 276 card at the T-Mobile Arena in Las Vegas last weekend. However, there was something odd on the broadcast. When he appeared on the screen during the broadcast the UFC broadcast team opted to blur a T shirt with his political message..

T-shirt had “Penn for Governor” written on it.

The "BJ Penn for Governor" shirt got blurred out 😭 pic.twitter.com/ZQFFaHX3lV

The former lightweight and welterweight champion declared his run for governor of his native Hawaii in April. He is currently on the ballot in the Republican primary on August 13 2022. 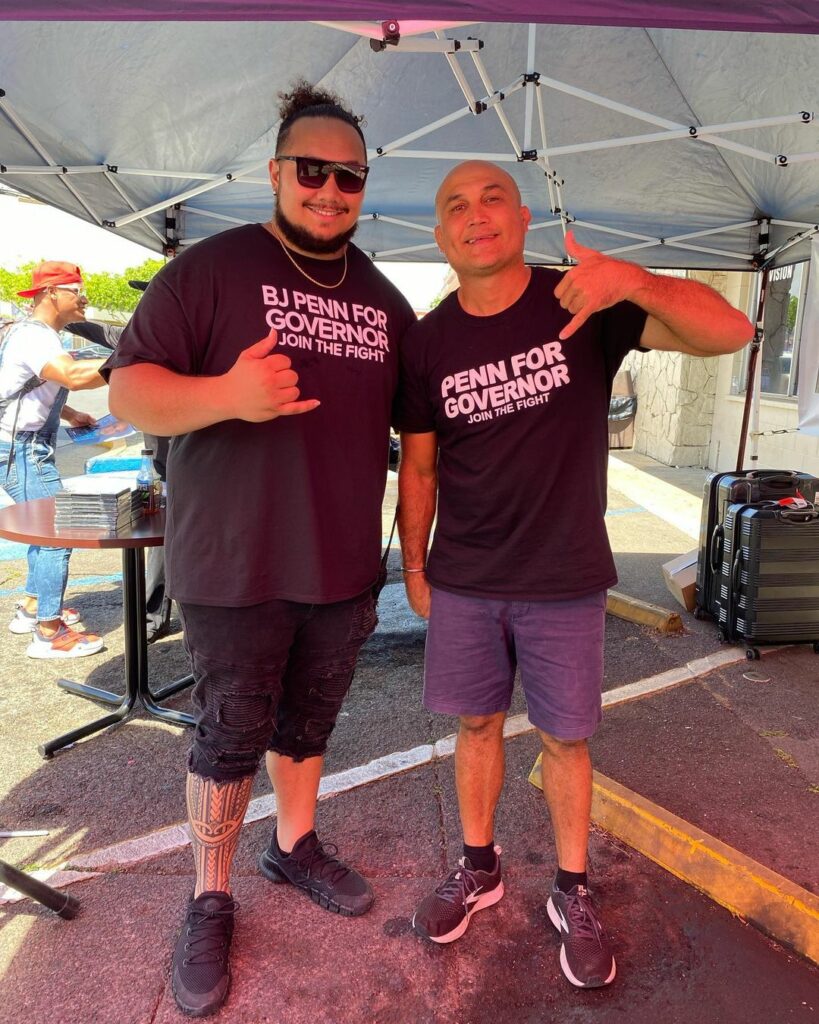 Penn’s campaign so far is surrounding the issue of mask mandates and vaccine restrictions, which he is known to have spoken out against. However, with many of the restrictions having been lifted, Penn’s political direction’s getting blurred and he hasn’t updated it much since.

The political outlet also interviewed some locals on the candidates. Jeff Post, 38, from Palolo on Oahu, favors Penn for his support on local agriculture.

“I work in the agriculture industry, and I fly pretty much everything in,” he said.

“We’ve had a hard time switching from commercial to agriculture. But it’s something (Penn) feels is a really important thing, since we don’t grow much food here.”

He also hopes that Penn would divert government fundings to support the local agriculture industry.

Penn ended his decorated fighting career in 2019 following the infamous bar brawl footage. He was released from the UFC shortly after.