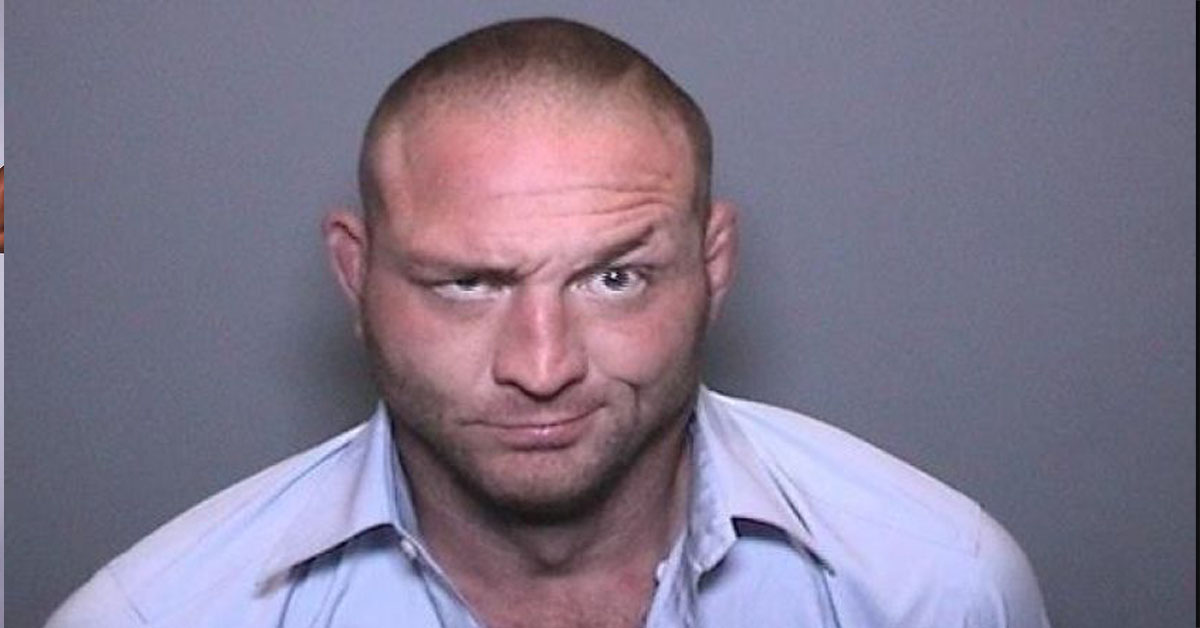 Jason Mayhem Miller has had a rough year. The former UFC fighter has been in jail since he was arrested on suspicion of domestic violence back in September. But Miller’s biggest problem is likely stemming from another incident.

It is alleged that the fighter was involved in a bar fight in San Fernando Valley, CA. According to reports Miller is accused of punching someone outside the bar – because the victim of that assault went to the hospital and was diagnosed with a case of broken ribs.

Due to the extent of the injuries the victim then filed a police report against Miller.

According to MMA Fighting a prosecutor has decided to charge Miller with felony assault and felony battery in relation to this incident.

Considering Miller’s criminal record and probation status there’s a considerable likelihood that this brush with the law could result with a lengthy prison stay.

Prior to the domestic violence incident Miller pleaded guilty to vandalism in exchange for a charge of felony grand theft being dropped.

But this isn’t all – Miller hasn’t been able to stay on the good side of the law for a number of years. He’s had alleged incidents every year as far back as 2011.

Miller was cut by the UFC in 2012 and had since fought only once in 2016 under a smaller organization. He is 40 years old and his rap sheet is, for lack of a better word impressive. Back in 2011 he was was charged with simple assault and false imprisonment after allegedly assaulting his sister. In 2012 Miller was found naked inside of a church. Miller had broken into that building and ransacked it. In 2013 Miller was arrested twice on suspicion of domestic battery. In 2014 Miller live streamed an hours-long standoff with armed police at his home – Miller was arrested on suspicion of domestic violence and stalking. In 2015 he allegedly assaulted a sheriff’s deputy. That same year he had a separate incident where he was charged of simple misdemeanour battery and resisting arrest. In 2016 Miller was arrested on suspicion of vandalizing a tattoo parlor. In 2017 Miller plead guilty to beating his girlfriend (the same woman whose home he later vandalized). For that he was sentenced to 124 days in jail.

In 2018 Miller was arrested for a probation violation and was discovered to be in possession of a bulletproof vest, various weapons, human growth hormone and other performance enhancing drugs.In 2019 he plead guilty to felony vandalism and misdemeanour violation of a protective stay-away order. Those charges stemmed from when he punched holes in the walls of his girlfriend’s home. This resulted in a year long stay in jail and 3 years of probation.