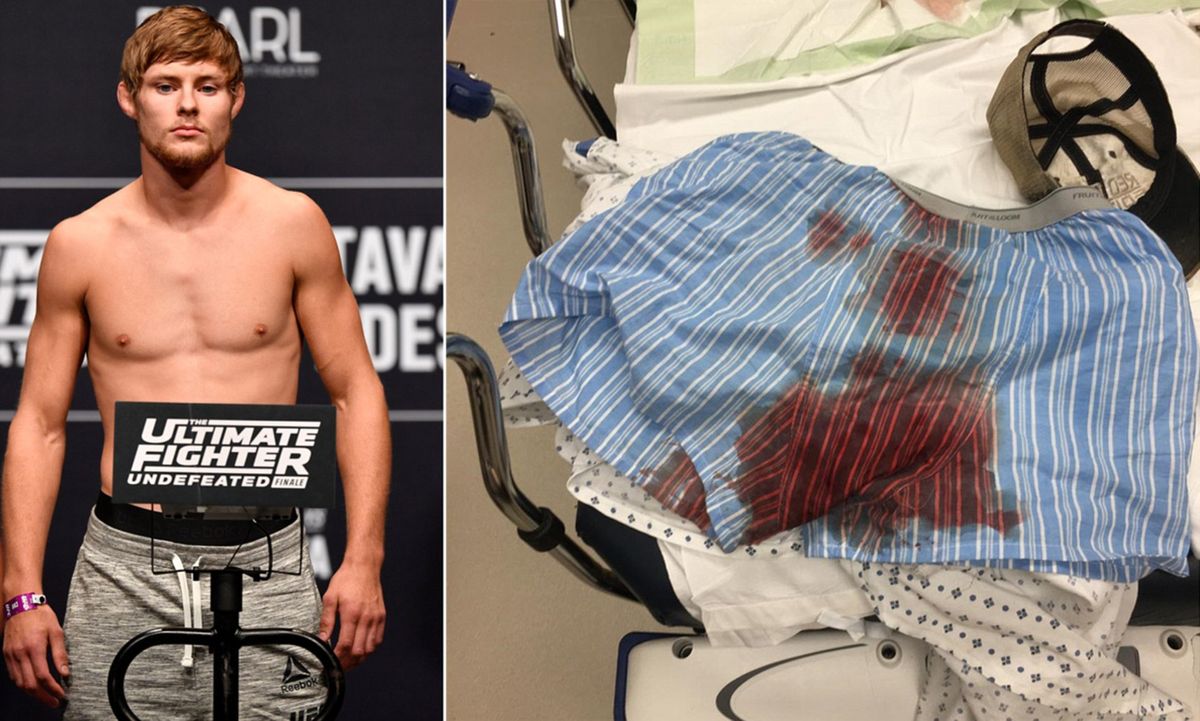 Bryce Mitchell is an emerging prospect who is still undefeated in his MMA career with a record of 14-0. His Brazilian Jiu-Jitsu skills helped him gain popularity and a huge fandom. Currently ranked at #11 in the featherweight division at UFC, Bryce faced Andre Fili in his last fight. Despite getting injured in the very first round, Mitchell kept on throwing and won the fight.

There are rumors circulating that a verbal agreement has been reached between Edson Barboza and Bryce Mitchell to fight on March 5, 2022.

Referring to his dreadful accident back in 2018, He claimed that he isn’t scared of anyone now. He is more than healthy. While Mitchell was using a power drill, he accidentally drove the tool into his groin, which tore his scrotum in half. The injury was reportedly heaps more painful than the pain he endured while fighting in the cage.

He said that this would help him overcome any opponents when it comes to street fighting. Speaking to Sirius XM, He stated:

“I’ve never really been scared of other people,” Mitchell shared on Sirius XM. “It’s part of my mindset. I don’t want to let another man intimidate me. But there are some times in a situation where you just feel like– you see some guys like two foot taller than you, [got] 200 more pounds on you and you think, well, that guy could whoop my ass. Right?”

“Well, I promise you all right now, I don’t give a f*ck what man on this planet thinks they’re going to run through me.”

The technique is much more different than his rare twister submission which he did against Matt Sayles.

But unfortunately, that move is not allowed under a set of unified rules of MMA. He added:

“It ain’t going to happen because I get them nuts and I grabbed them and I twist them up, motherf*cker. It’s going to f*ck your whole week up, I promise you. I don’t care how big. I learned something that day about anatomy. I don’t care who you are and how big you are. You go head to head with me. It’s going to be a fight.”

After his gruesome power drill accident, Mitchell (@ThugnastyMMA) has a new trick up his sleeve when it comes to street fighting. @RJcliffordMMA @DinThomas pic.twitter.com/XVim1rbdNM