Tulsi Gabbard made an unlikely friend over the weekend in UFC Hall of famer BJ Penn. Penn has been in the Hall of Fame since 2015 – and is widely regarded as one of the most dominant champions of all time.

In recent years, Penn has focused more on his political aspirations and less on martial arts  – possibly due to the fact that following his arrests and altercations, UFC wanted nothing to do with him.

However his legal woes didn’t stop his political career. Penn has been campaigning to become the governor of the state of Hawaii.

It was so good seeing my friend @bjpenndotcom again – Hawaii’s first MMA superstar who paved the way and inspired so many young athletes to take up this sport. BTW he’s running for governor. If he wins, he is going to shake up the state. pic.twitter.com/2LSPSfe9BD

Gabbard seemed upbeat about the meeting and seemingly endorsed Penn. Gabbard previously served as the U.S. representative for Hawaii’s 2nd congressional district from 2013 to 2021.

But what’s possibly more note worthy is what BJ Penn is promising to do for Hawaii. The UFC legend shared the following: 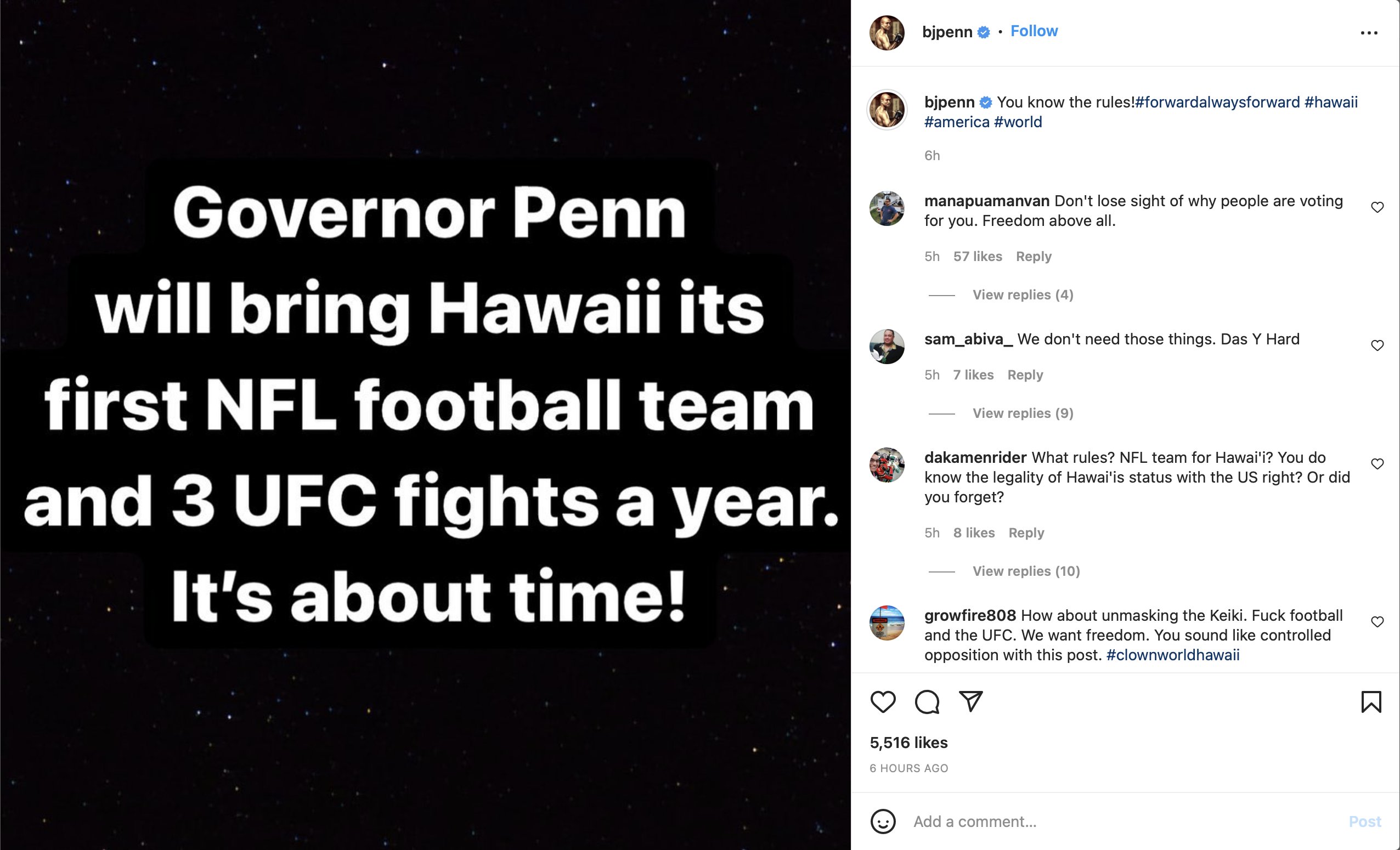 To say Penn’s campaign has been untraditional is an understatement. Recently Penn delivered a speech at a local grappling tournament – while the matches were happening in the background and nobody really paid attention to him.

Penn also had some ambitious promises he’s unlikely to be able to fulfil in way shape or form. 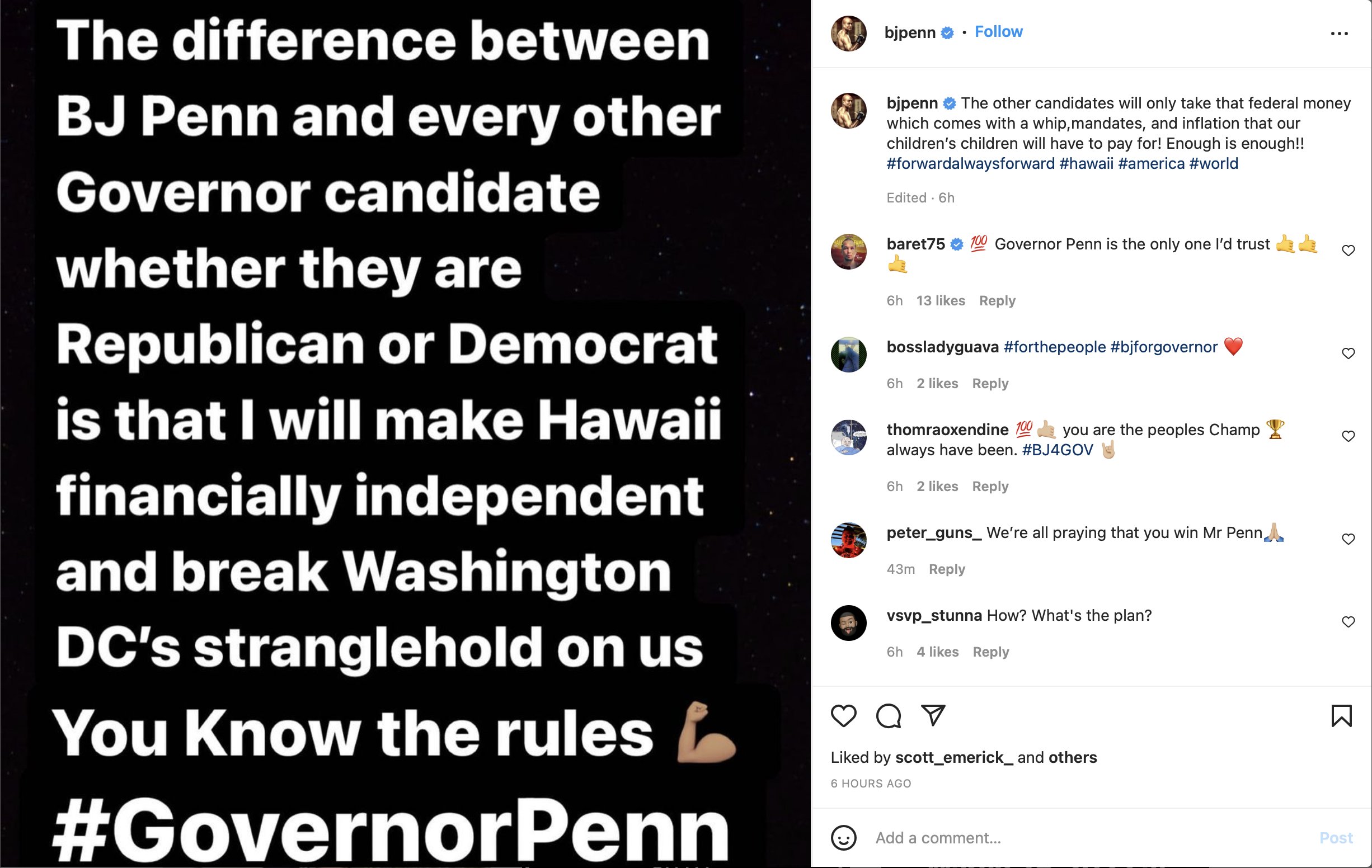 But despite his unreasonable plans he still managed to get several prominent endorsements including that of Joe Rogan. 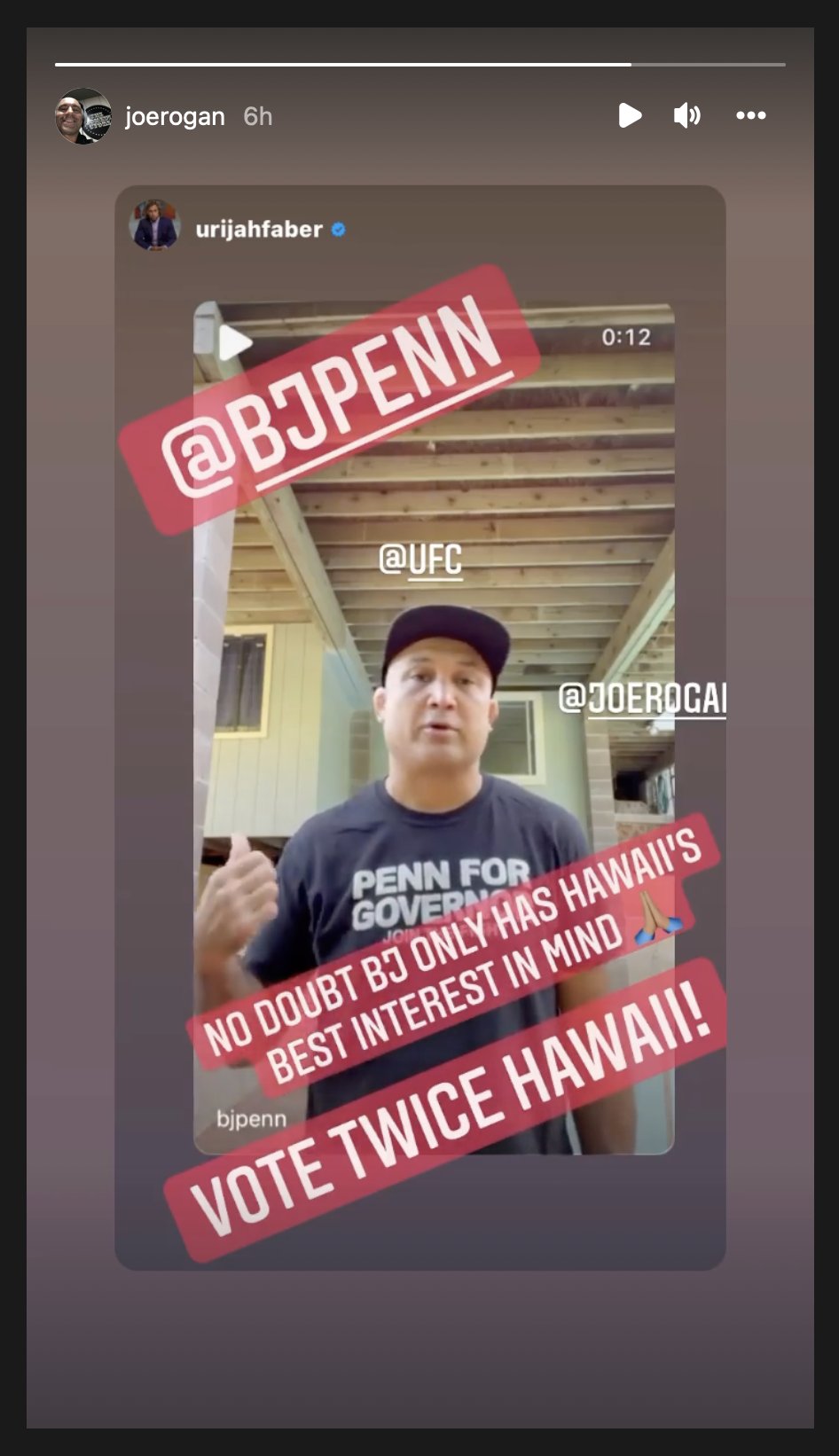 Both Rogan and Urijah Faber supported BJ Penn’s decision to run for governor.

None of this would be at all noteworthy if Penn had any idea about politics – or even rudimentary history. 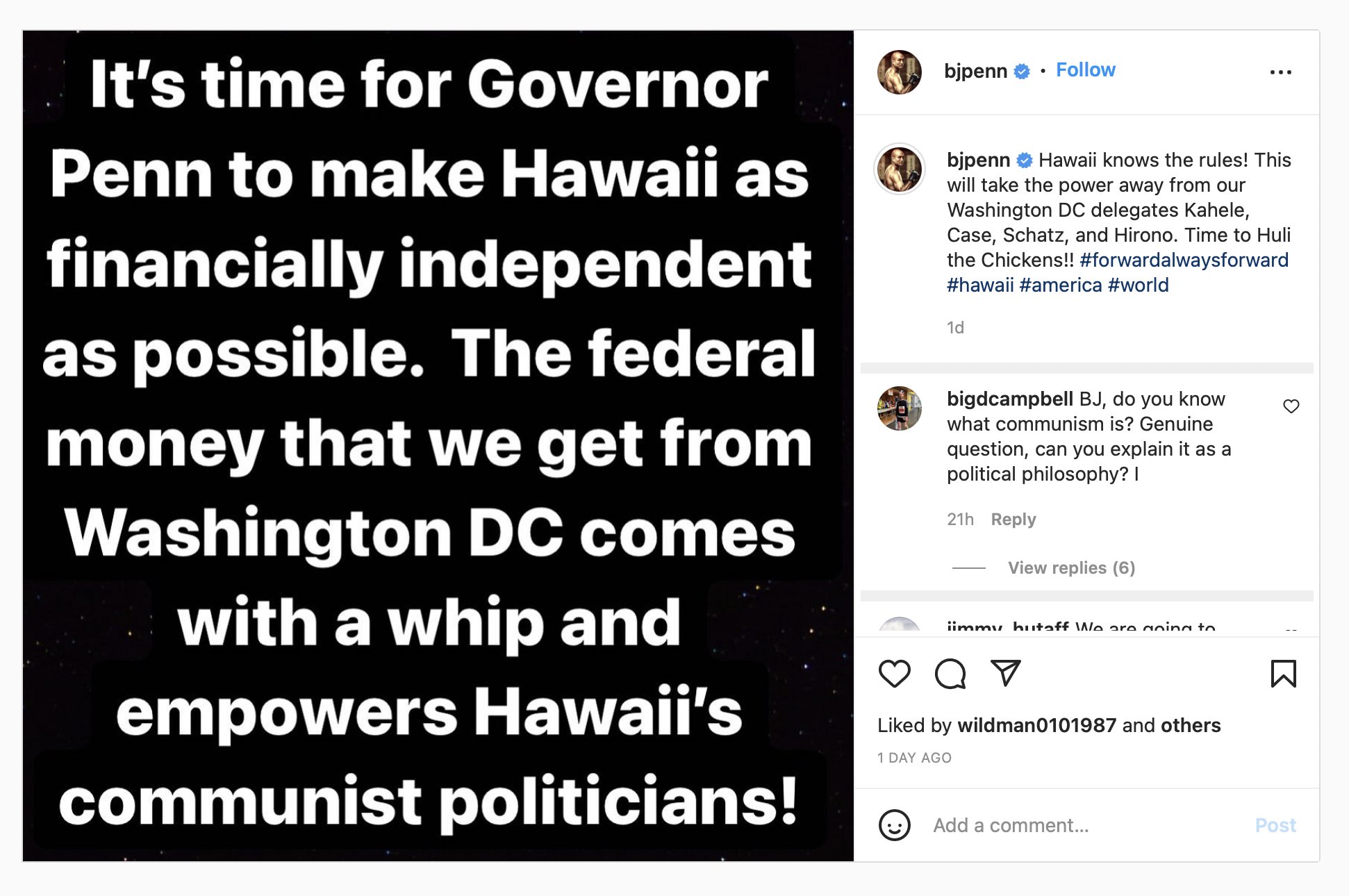 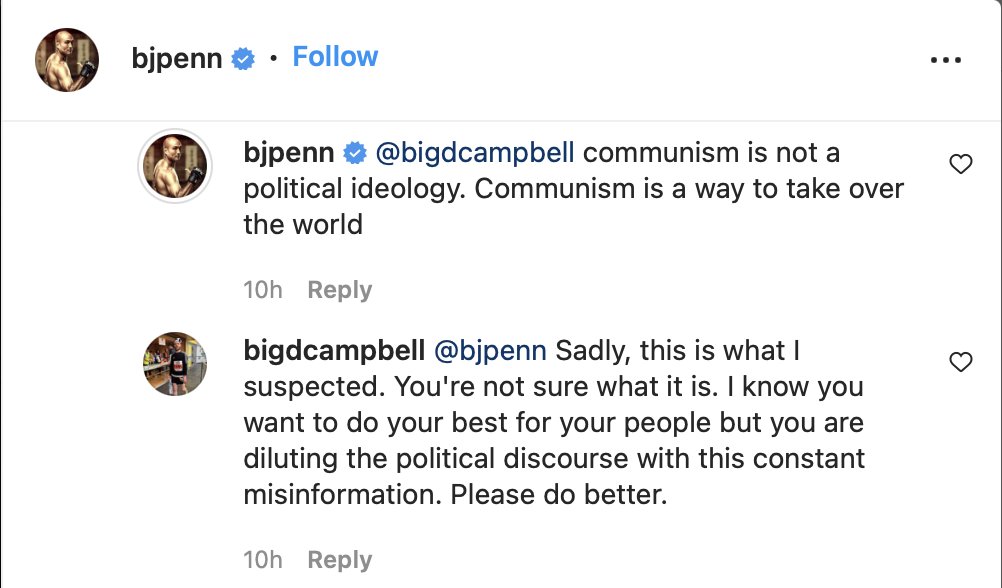 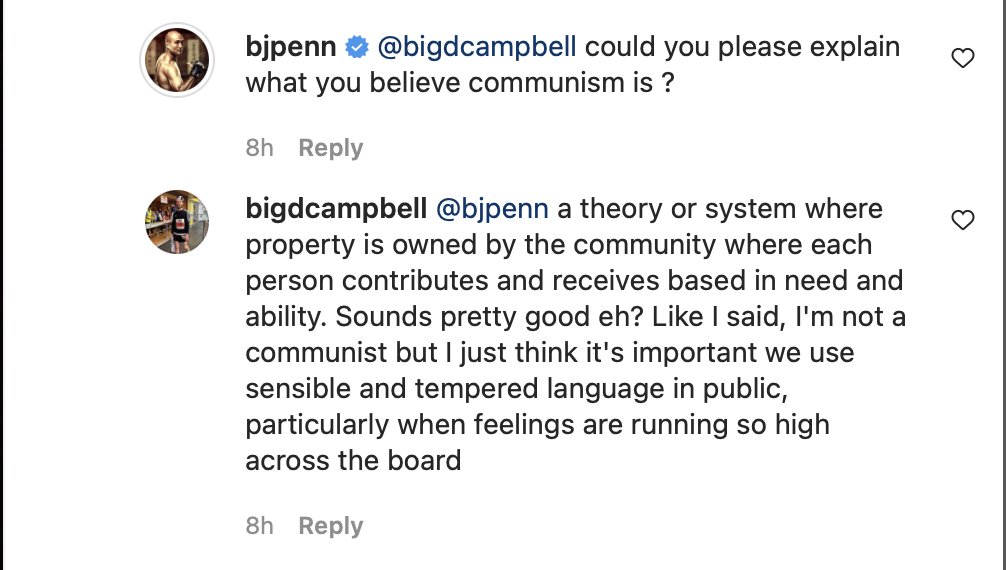 In addition to all that Penn also promised to “to remove the spiritual wickedness in high places in Hawaii.” 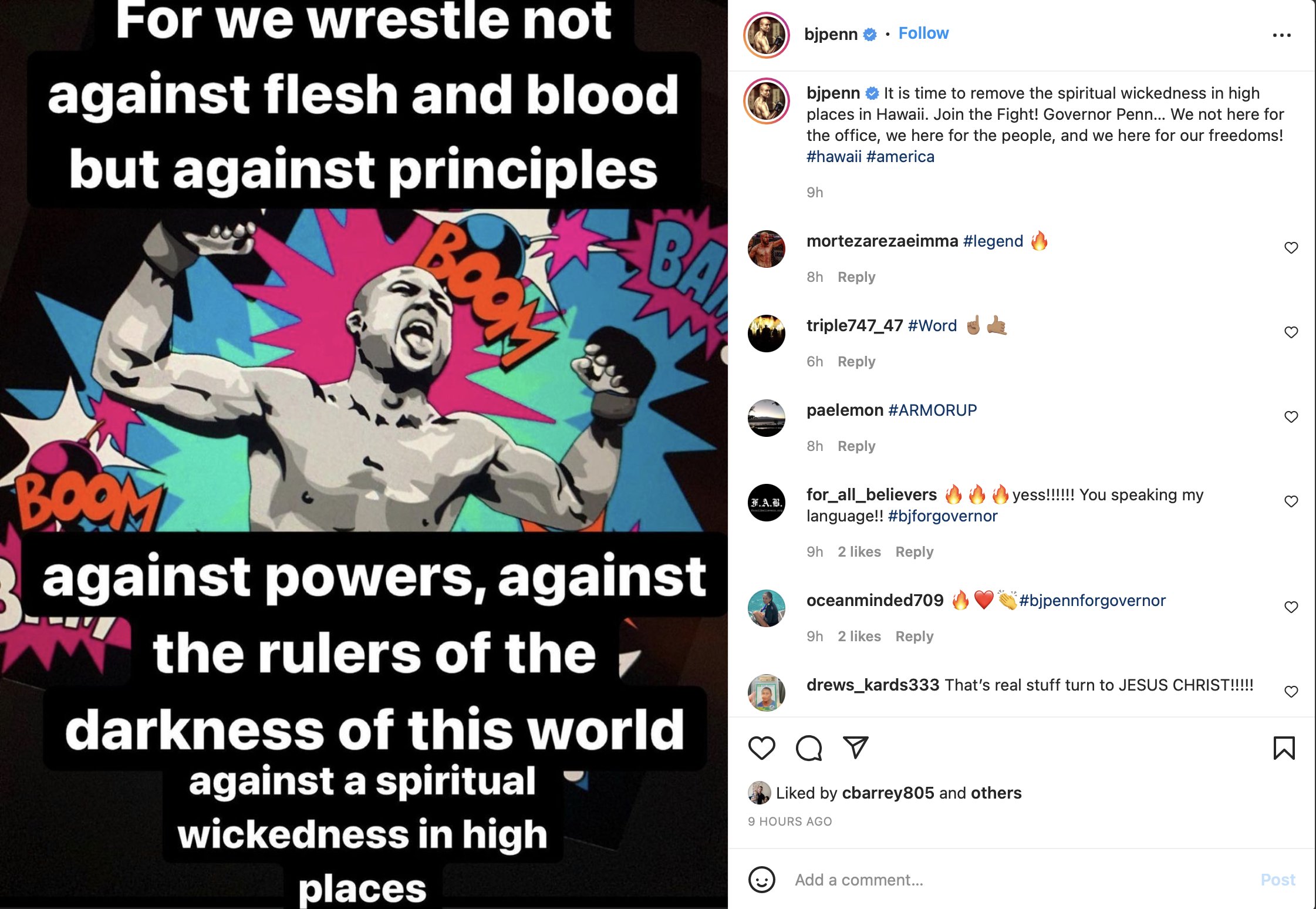