Iranian Hulk still hasn’t recovered from the humiliating face off with English actor and bodybuilder Martyn Ford. The two were famously booked to have a boxing debut together but following a physical confrontation at the face off the match was ultimately cancelled.

All that remained in the wake of the event were claims that Iranian Hulk had been photoshopping images of himself for years. This is mostly due to the fact that he looked significantly smaller at the face off than what his social media showcased for years.

The Iranian Hulk (born Sajad Gharibi) subsequently revealed he was battling Covid during the face off and that the promotion was biased toward Ford.

The Iranian Hulk has recovered since and has booked a boxing match against Kazakh Titan’ Djumanov Almat Bakhytovich for July 31st. 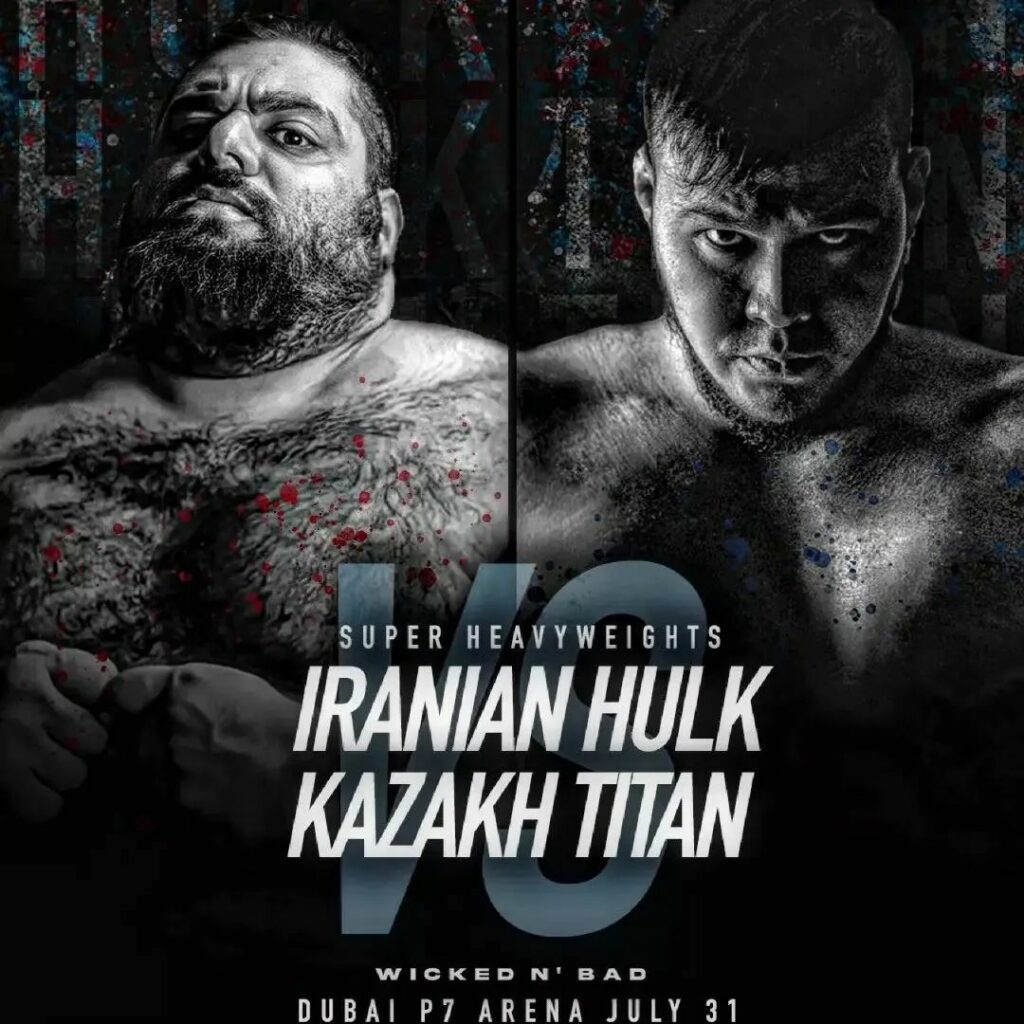 And in an attempt to prep for the bout he once agains started sharing videos of himself and his physique.

Gharbi was spotted doing a variety of lifts at the gym – none of which are particularly relevant for boxing, including striking a weight rack in a style similar to what you can see in kung fu movies.

“This fight is for me to set the record straight,” Gharibi said in a statement about the fight’s announcement. “I will be a great champion for Iran and I’ll represent my people with respect and all my strength.”
“After I win this fight, I want to challenge myself against Martyn Ford, this fight will happen, if Martyn is too scared to fight me then the world will know. I’m stepping into the ring now ready to fight”.