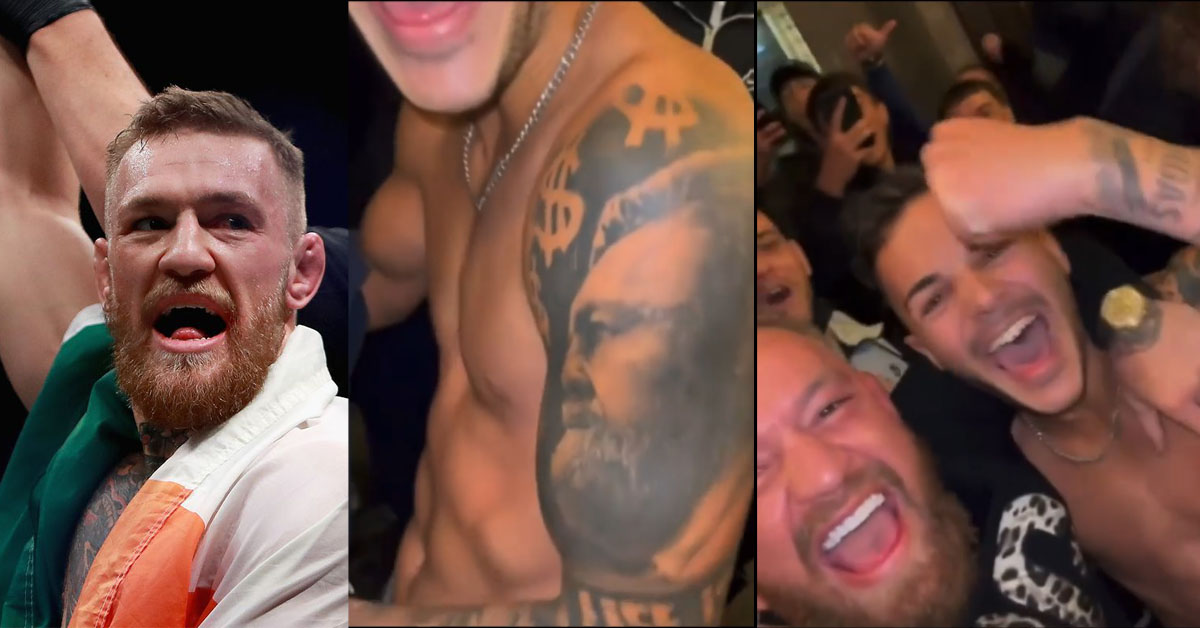 Conor McGregor has been a phenomenon since he came into massive popularity following shocking KO over then longtime champion Jose Aldo in just 12 seconds. The UFC record and plenty of charisma catapulted the Irish sports star out of poverty and right into superstardom.

He’s often used his star power in a questionable manner – dodging legal repercussions for his actions and allegedly partying so much so that his athletic performance became compromised.

But for plenty of fans around the globe McGregor is where it’s at. In spite of 2 fight losing spree in the octagon, McGregor more than made up for it in business endeavors and lucrative partnerships.

Road from poverty to superstardom inspired one of his younger fans to get a huge tattoo of McGregor’s face on his shoulder.

When he isn’t being courted by Michael Chandler, McGregor is busy rehabbing his broken leg. It is still unclear whether he is going to compete in the lightweight division when he makes his comeback to the octagon. His head coach John Kavanagh gave an update regarding the recovery. During an interview with Submission Radio, he said:

“He’s going to be back on the mats now in the next couple of weeks with me. He’s doing a lot of strength training at the moment. The guy’s jacked, I think he’s going back as a middleweight. But he’ll be back on the mats with me shortly. We’ll start off with combat sports training again… Look, we’ll start with drills and I actually joked and I said, ‘Look, I’d rather if we just start off with some techniques, some drills, let’s see where you’re going.’ And he’s like, ‘No, I’m gonna do five by five (five rounds and five minutes), that’s what I’m going back to do.’”