Israel Adesanya certainly isn’t afraid to speak his mind. The middleweight champion of the UFC has been even outspoken for better fighter pay even though his contract is rumored to be the 2nd biggest in the promotion – after Conor McGregor.

But recently Adesanya went even further in controversy and called Jake Paul the greatest boxer of all time. Was he serious? You be the judge.

“Oh, I know this, the greatest boxer of all time, Jake Paul.”

He added:
“What? [Jake Paul is] The greatest boxer of all time.”

Meanhile someone behind the camera protested about the fact that even Volakanovski knew whose tattoos they were.

Jake Paul started his social media empire on the now defunct social media network Vine. There he quickly rose to stardom and even stared in a Disney series at one point. Paul has long parted with his family friendly image and has been steadily adding tattoos.

Paul also has a McGregor-esque sword on his spine.

Paul also has a dinosaur skull tattooed on his shoulder. 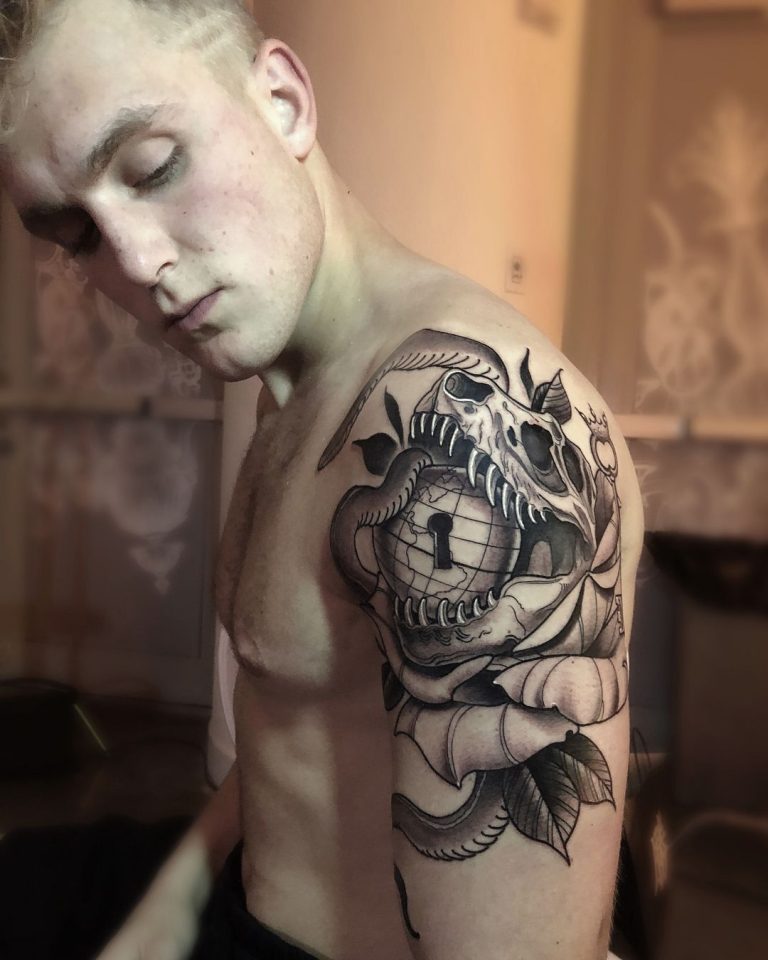 Over time Paul also added the letters RNBO on his stomach.

Paul also has a tiger tattoo above his ear. 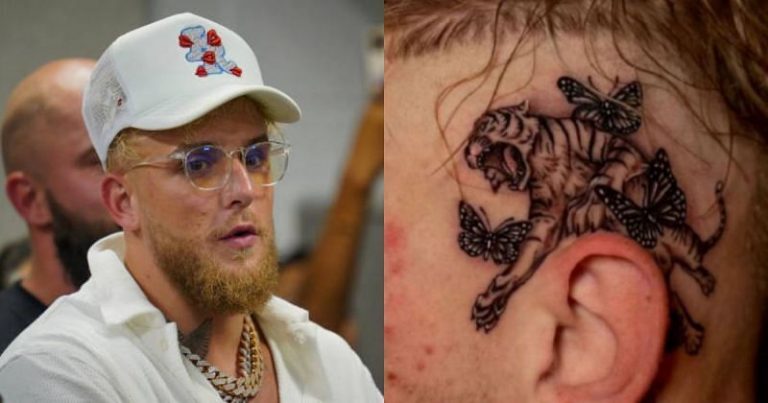 Check out the segment below.