Paddy Pimblett is very memable and has managed to convert his stardom into a lucrative deal with Barstool sports – in fact majority of Pimblett’s earnings to this date come from his stardom as opposed to his professional career in sports.

Pimblett has had 3 opponents in the UFC – Rodrigo Vargas, Luigi Vendramini and Jordan Leavit. Two of his opponents were cut right after (and had had no bouts in UFC prior).

Pimblett is aware that there are critics out there pointing fingers at the level of his opponents. Previously it was sort of excusable when we consider that he was making only $12,000 to show, $12,000 to win but this all changed when he resigned with a much more lucrative contract. In addition to that both Paddy and Molly McCann seemed to be low key sponsored by Dana White’s other company – Howler head.

In a recent guest spot on the Mike Tyson podcast, Pimblett acknowledged that he’s faced low tier opposition and admitted that it might be a while yet until he meets a ranked opponent in the cage.

“I won’t be just yet for a while,” Pimblett responded when Steve-O said he shouldn’t go up against a ranked opponent any time soon.

“I’m not delusional, I’m not getting ahead of myself, I’m taking each fight as it comes and I’m fighting at lightweight.

“I know my next opponent isn’t going to be ranked because the division is that stacked. I know I’m going to have to win another three or four fights to get a ranked opponent so I’m not worrying, I’m just getting on with it.”

A lot of UFC talent is bitter about the fact that Paddy won’t be fast tracking his career.

UFC’s Terrance McKinney is especially bitter about the fact that social media metrics matter and even tried to confront KSI About his ‘growing numbers’ . 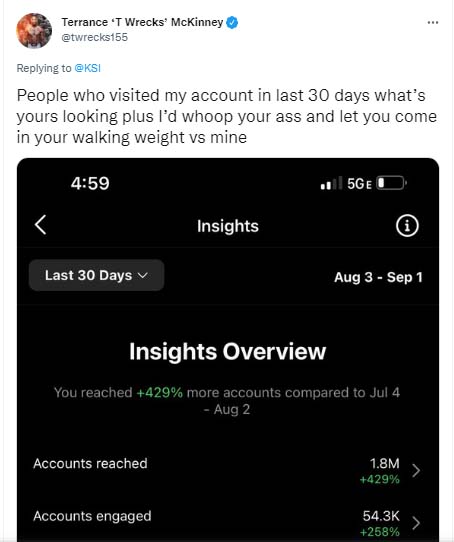 But he got shut down pretty savagely. 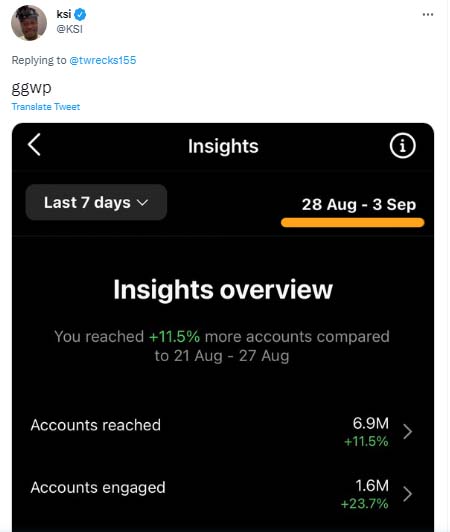 As if getting pitted against McKinney isn’t bad enough a lot of fans are mocking Pimblett and Zuckerberg as of late with their fictional matchmaking. ‘Baddy’ previously called out Zuckerberg after getting his Social media deleted for arguing with trolls. Meanwhile Zuckerberg was just outed as a low level MMA enthusiast. 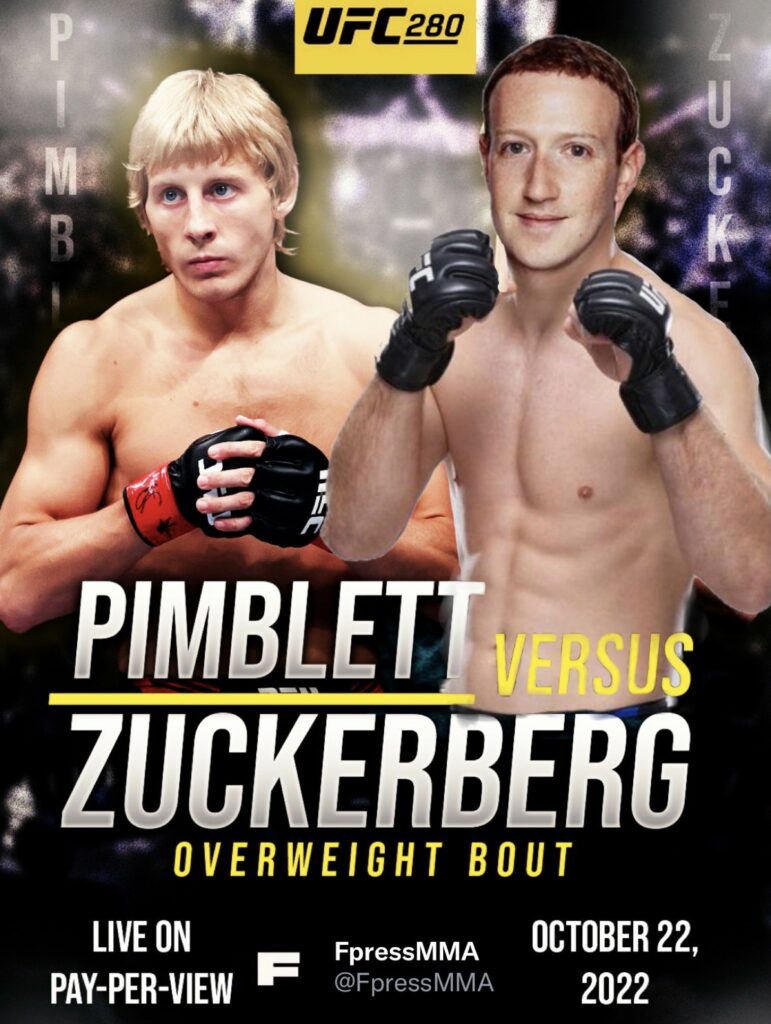