The new development in Mark Zuckerberg’s life took the internet by storm. Many UFC stars praised him for taking up MMA training.

Aljamain Sterling commented, “This is really amazing to see! Idk, UFC debut might be coming soon for you too.” 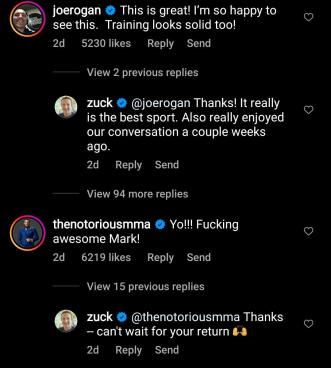 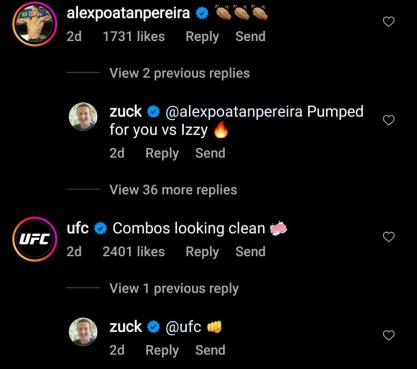 “This is great! I’m so happy to see this. The training looks solid too!”

The official Instagram page of UFC also praised his combos by saying, “clean.”

It looked like everyone in UFC was thrilled to watch him in the Octagon.

Paddy’ The Baddy’ Pimblett called out Meta CEO during a cage interview after his win against Rodrigo Vargas at UFC London. 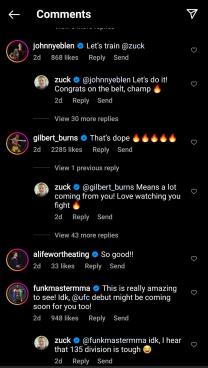 “Lad I’m going to punch your head in, I am sick of you. Sick of you shutting my Instagram accounts down when all I do is help charities and help people with mental health problems.”
“You’re the biggest bully in the world, lad.”

Paddy Pimblett is an exciting prospect in UFC but he’s often regarded for his star power as opposed to his skill in the cage. He has a significant social media presence and an enormous fan following whereas 2 out of his 3 UFC opponents have been cut since.

“I feel like I’m learning a ton and that The crazy thing is like I’ve I don’t know, I mean, it’s, it really is the best sport. I don’t the question isn’t how did I get into it? It’s how did I not know about it until just now from from from like, from the from the very first session that I did like five minutes in I was like, Where has this been my whole life. I like it’s like, Alright, my mom made me do three varsity sports and like my life took a wrong turn when I chose to do fencing competitively instead of wrestling in high school or something, right?”

“It’s like, like, it’s like, there’s something that’s just so primal about it, that’s, I don’t, I don’t know, it’s, and I’ve since then I’ve just introduced a bunch of my friends to it. And that’s been really fun. Because now it’s like, we train together and we just like, wrestled together and just, I don’t know, there’s like, a certain intensity to it that I that I like it.”