Marshall Rogan Inu took everyone by surprise back in March when it basically sponsored every athlete on the UFC 272 card featuring the clash between Jorge Masvidal and Colby Covington.

For those unaware Marshall Mae Rogan is Joe Rogan’s beloved golden retriever who even has his own social media account and his favorite UFC athletes. While Rogan is often criticized for various aspects of his podcast and commentating – everyone loves how wholesome Rogan is with his family dog.

Does Joe Rogan have a Crypto currency? 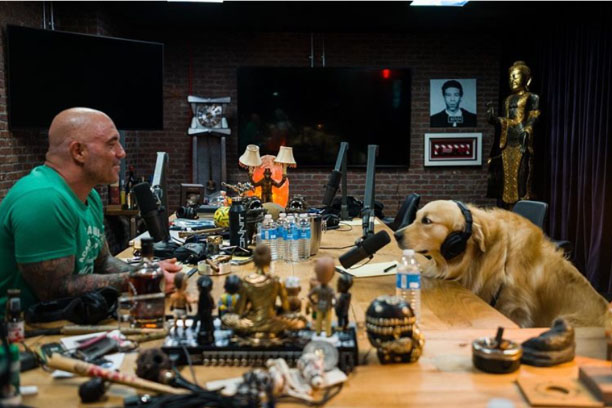 But Marshall Rogan Inu – is decidedly not Rogan’s dog. It is a cryptocurrency trying to break out by sponsoring professional mixed martial artists.

According to the social media for the coin, it is a crypto project that is ‘re-defining support for UFC fighters with compensation for doing what they do best’.

But the coin would peak at around 17 cents during the event and would subsequently slide to all time lows.

Now the rumor has it that the currency is about to go bellyup and is not upholding their end of the deal with a number of athletes.

Several reports were published overnight detailing that so called $MRI is going bankrupt.

‘Sources tell me that this has been an issue with several athletes regarding Marshall Rogan INU and payments not being made.

We’ll have to wait and see what more comes of this over the next few weeks.’ Damon Martin reported on twitter after another report of bankruptcy emerged.

‘I’m hearing Marshall Inu going bankrupt, they did not pay some UFC, Bellator and PFL fighters and I hear the news about this whole thing will break soon.’

Marshall Inu was sponsoring a number of athletes including Chael Sonnen and Ian Heinisch who would often promote the project on social media. 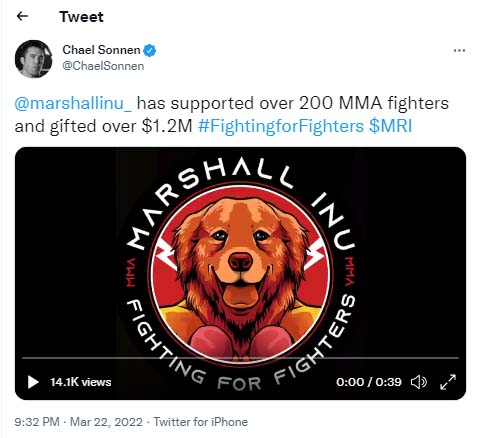 As far back as May, Sonnen has promoted the ‘community’ and even went so far as to promote their own ‘crypto bonus’ meant to piggy back off of UFC’s official partnership with Crypto.com. 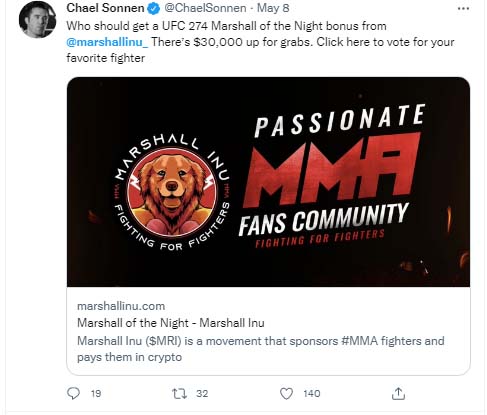 For those wondering, the Crypto.com partnership might also be crumbling for the UFC thanks to the bear market.

Back in June, Crypto.com announced that it’s laying off around 260 workers, or around 5 percent of its workforce, according to a Twitter thread from its CEO, Kris Marszalek.

In November 2021, it reportedly paid $700 million to plaster its name onto a sports arena in Los Angeles, which was formerly known as the Staples Center. “In the next few years, people will look back at this moment as the moment when crypto crossed the chasm into the mainstream,” Marszalek told the Los Angeles Times when the naming deal, which is supposed to last for 20 years, was announced.

While Crypto.com is likely still staying afloat it’s probably not too far behind the inept team of Marshall Rogan Inu.