Joe Rogan is a staple of any quality UFC card. Longtime UFC commentator stepped away from commentating on Fight Nights quite awhile ago preferring to watch them with his friends and basically produce an entire career for former fighter Brendan Schaub thanks to the popularity of Fight Companion.

But with the pandemic, the list of restrictions grew as did Rogan’s wallet inducing his move to Texas. Considering the Spotify contract is confirmed to be over $200 million the move is estimated to have saved Rogan over $26 million on income taxes alone.

With the Covid 19 pandemic dying down, UFC has hit the road again and decided to come to Rogan’s new home state – Texas.

Last night’s Austin card is the second Texas card this year, previously there was an event in Houston during which Tai Tuivasa floored hometown favorite Derrick Lewis.

Rogan was spotted in the front row seats last night. Alongside Rogan was longtime wife Jessica Ditzel. Ditzel prefers to stay out of the public eye and was visibly absent from the social media and the broadcast despite being seated right next to Rogan. 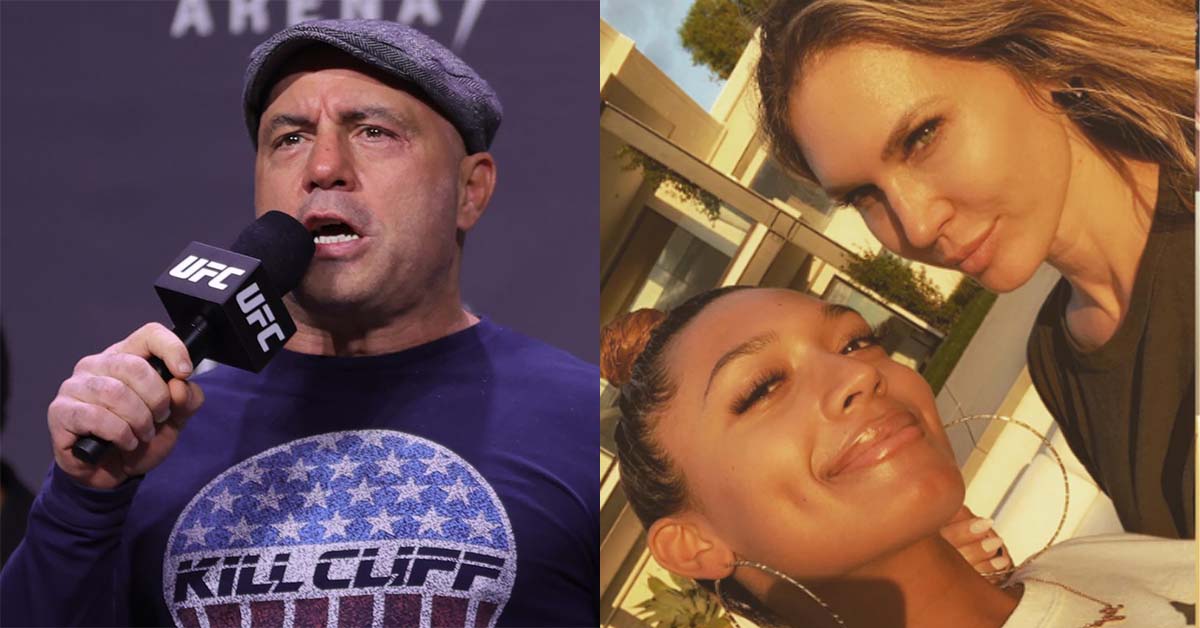 Kayja Rose is in part African American. She was born on 23rd August 1996 to Jessica Rogan (then Ditzel) and Dino Conner. Dino Conner was the lead singer of R & B Group H-Town.

Rogan adopted Kayja Rose following her father’s death in January of 2003. He died in a car accident. Some sources allege that Rogan was having an affair with his now wife prior to them getting married.

“First time in the audience at a @ufc in 20 years! #ufcaustin”

You can see Ditzel hurrying to get out of the camera as it pans on Rogan.

Interestingly, Rogan didn’t come alone. In his entourage are Gordon Ryan – a pro grappler Rogan sponsors along with his longtime paramour influencer Natalia Santoro. The two were also in some after party shots along with frequent JRE guest Justin “ᴛʜᴇ ʙɪɢ ᴘʏɢᴍʏ” Wren.