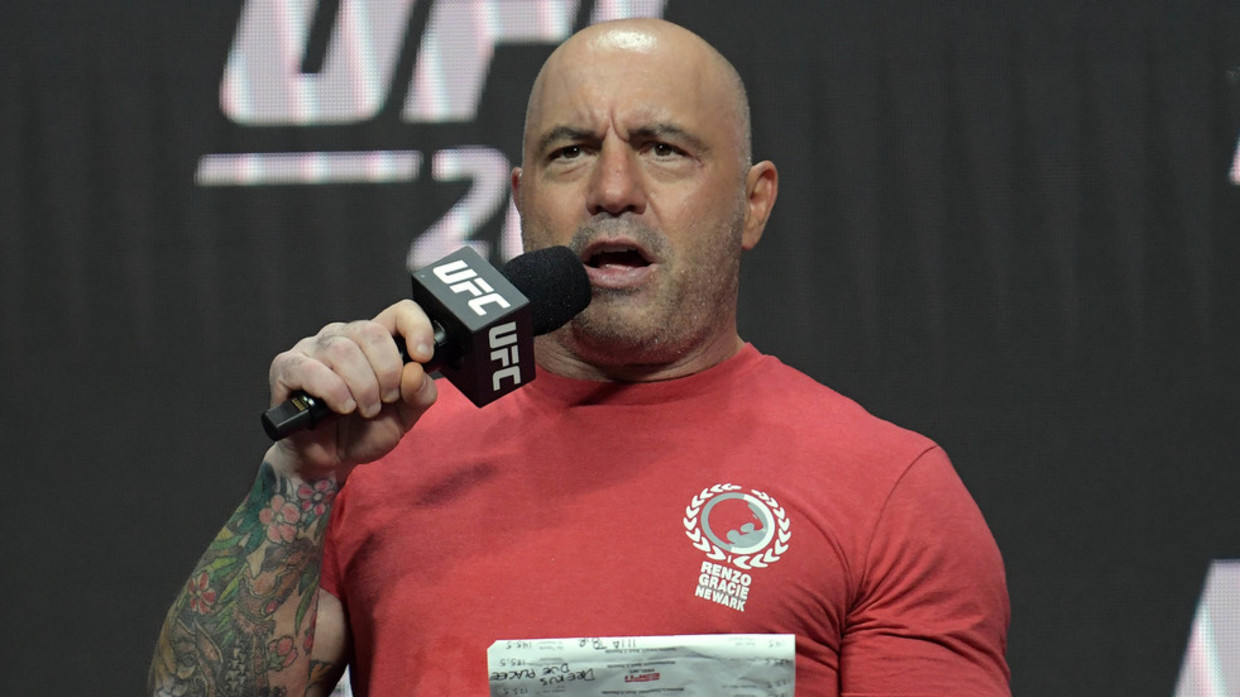 Joe Rogan had created the biggest media platform with the banner of no censorship. Rogan’s biggest asset is his podcast – which built an audience from scratch on the back of No Censorship policy and fringe believers who were allowed to elaborate on their findings unedited and uninterrupted for hours on end.

But with the switch to spotify Rogan stopped being a youtube darling it seems like. In the post transition once the most popular channel on all of youtube now only posts clips of the podcast and even that can be sparse. Recently Rogan hosted a controversial doctor who had been previously banned from twitter. They discussed vaccination at great length. The doctor in question – Dr. Robert Malone criticized Pfizer and criticized US government’s response to the pandemic.

“Our government is out of control on this and they are lawless,” said Dr. Malone on the JRE podcast. “They completely disregard bioethics, they completely disregard the federal common rule, they have broken all the rules that I know of that I’ve been trained on for years and years, these mandates of an experimental vaccine are explicitly illegal. They are explicitly inconsistent with the Nuremberg code, they’re explicitly inconsistent with the Belmont report. They are flat out illegal and they don’t care and the only thing standing between us, and it’s too late for many of our colleagues the unfortunate colleagues in the DOD, hopefully we’re going to be able to stop them before they take our kids.”

“Our (US) government is out of control”.

“These mandates of an experimental vaccine are explicitly ILLEGAL”.

“Hopefully we can stop them before they take our kids”.

In response to the clips posted on the channel that was once home to the JRE podcast – youtube removed the interview. A particularly contentious assertion was comparing current state of affairs to Germany in the 1920s and 1930s.

Malone was also removed from twitter in lead up to the podcast.

The episode was also posted in full on an account not affiliated with Joe Rogan but was also later removed. YouTube cited a violation of Community Guidelines,  The Post Millennial  reported.

What followed was a move that surprised many – longtime comedian joined a social media called GETTR. This platform was founded by former Trump aide  Jason Miller. 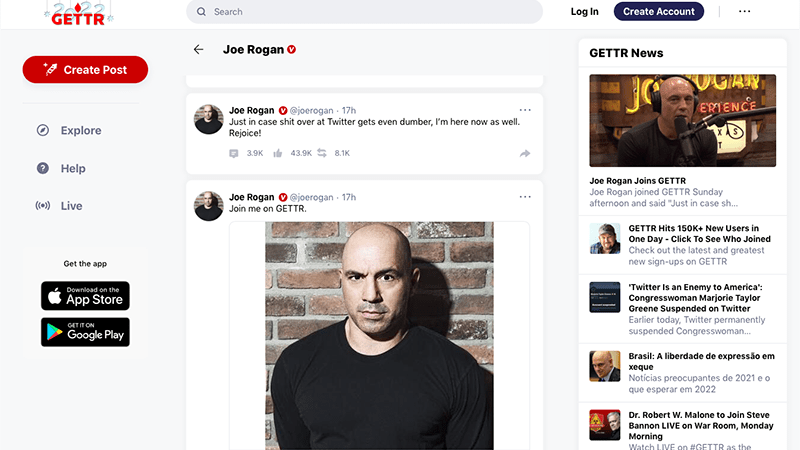 And while GETTR seems to be founded on the idea that it would champion free speech – they’ve already had some controversies in spite of only being launched in July of 2021.

“The user in question violated GETTR’s clearly defined terms of use and has been suspended from the platform,” a Gettr spokesperson told The Daily Beast in late December.

On a light note – former UFC champion Tito Ortiz was an early adopter of GETTR. Here are some of his finest thoughts on the issue: