Jake Paul has been criticized by several pundits for calling out MMA athletes with no prior boxing experience. He’s also been criticized for picking on noticeably smaller men – notably Conor McGregor. Logan Paul recently even acknowledged during a podcast with Dana White that Jake could never make the weight Conor is at. 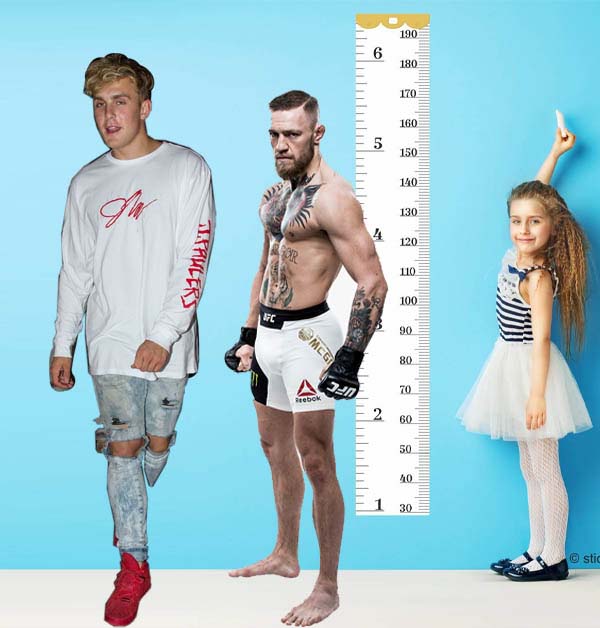 In addition to McGregor, Paul also had his sights set on Masvidal (who walks around 170lbs and used to be a lightweight/155 lbser) and Nate Diaz.

But what if the situation was reversed?

For those who don’t know, the 6’8 movie star and bodybuilder Ford is weighing in at around 308 pounds whereas Paul is mostly in  the 190 pounds  to 200 range.

Ford is currently lined up to box Sajad Gharibi, more famously known as The Iranian Hulk, on April 30 in The O2 Arena in London.

Despite having an opponent in front of him, Ford has named multiple potential opponents for future matchups. Notably Hafthor Bjornsson aka the Mountain from Game of Thrones and ‘The Problem Child’ Jake Paul.

In an interview with the Daily Star, Ford expressed his interest in boxing Paul while giving the YouTube star praises for what he’s done for his combat sports career.

“I think Jake Paul is actually so clever in what he’s done.”

“For me I’ve no animosity towards him. Would I fight him? 100 per cent I would. It would be a great fight, great experience and great exposure.”

“You’re talking about a guy who takes it seriously, a guy who’s put in the hard work and the graft in.”

“He’s never going to be a pro, I don’t agree with necessarily putting him in that category.”

“But would I fight him? 100 per cent. And I’d back myself.” Ford said in confidence.

Paul himself has been undefeated in five bouts, the former Nickelodeon star just knocked out former UFC champion Tyron Woodley in their rematch last December.