UFC 273 had two title bouts yet it seems like the public is only talking about Gilbert Burns and Khamzat Chimaev. Regardless of the outcome, both athletes saw their stock rise in the fall out from the epic clash. But once all was said and done, and the two were in the privacy of the locker room. They had an exchange that was very different from their press conference.

The two exchanged greetings and were very respectful. Quite a tune change from the press confrence beforehand during which Chimaev said he was more Brazilian than Burns. 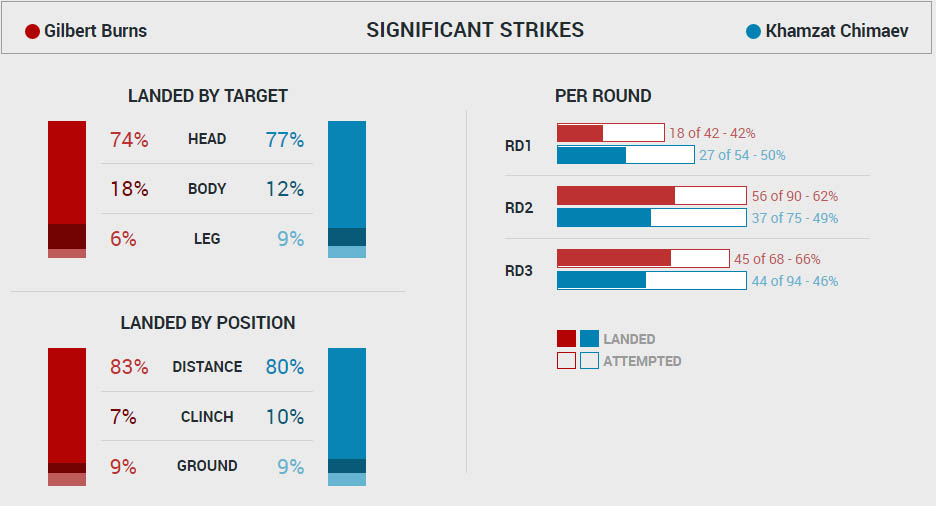 After all was said and done Burns expressed regret he hadn’t asked for a 5 rounder. In addition to admitting he was nervous beforehand.

“It was a great week, I had fun at the weigh-ins, at the face-off. I kinda anticipated all the little things that he was doing, I was ready for it. But it was another fight that I was freakin’ nervous before the fight,” admitted Burns. “The level is just going up, you know.

“Demian Maia, it was too much, it was number three. Kamaru, I was a little bit overconfident, so I wasn’t that nervous; I was overconfident. Stephen Thompson, I was freakin’ nervous. That passed Demian Maia. But the last one, I was more nervous than ever,” concluded Burns.

In the fall out from UFC 273 – medical team gave Khamzat Chimaev a 30 days medical suspension. And Gilbert Burns received no suspension.