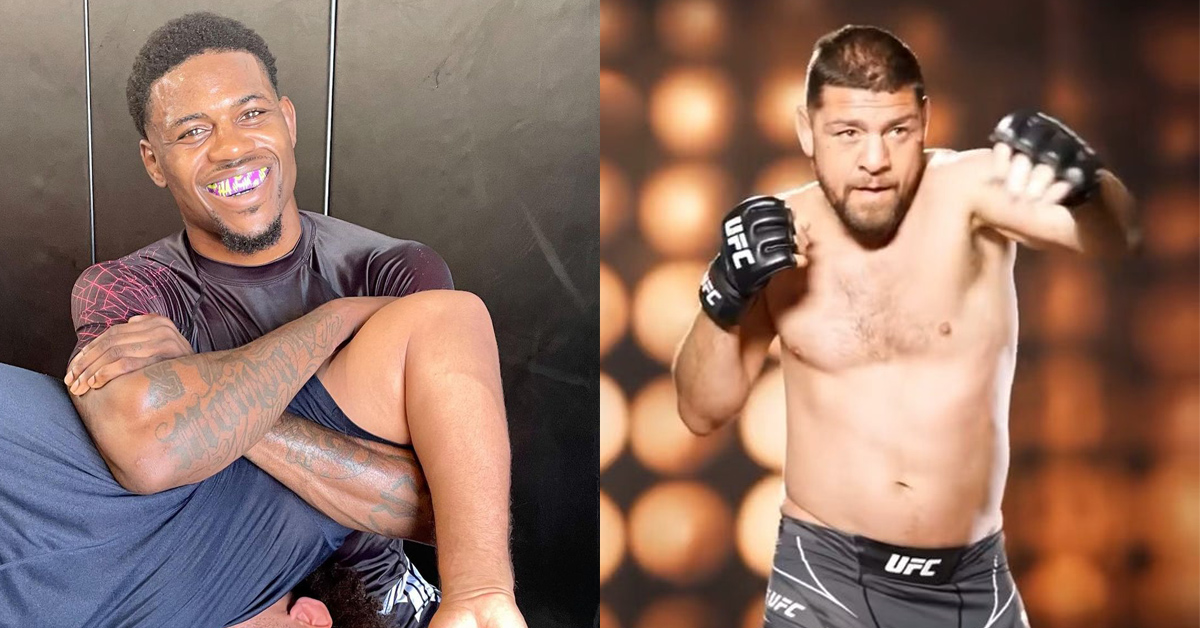 Nick Diaz just returned to the cage after a 6 year break. He rematched Robbie Lawler more than a decade after they first fought for a paycheck that was roughly 100 times bigger than when they first fought. While this potentially sounds shocking – UFC is still considered to be underpaying their fighters with the fighters getting under 20% of gross profit from any given event.

But it might not be a one off for Diaz. The 38 year old fighter is reportedly in talks to face Kevin Holland in 2022.

The news was broken on an episode of ‘Beyond the fighter’ by Chael Sonnen – so take it with a grain of salt. Sonnen is infamous for being loudmouthed and for pushing the company line on many issues.

“Tommy from the Bronx just reached out to me. Told me something. I said, ‘Is this public?’ And he said you can share it. It had something to do with Nick Diaz vs. Kevin Holland.

“A little bit surprised by it, only because Nick Diaz is such a megastar. But what do you do with him? Nick Diaz, at all times, is one win away from being in the main event. He was last time when he fought Robbie Lawler… Kevin is gonna change weight classes down to 170 pounds, so we’ve been told. Nick’s still under contract and he wants to do something, and everyone wants to see him do it. So, you start matching him up very cleverly… I get it. I’m in.”

But 2021 turned out to be a disaster for the Trailblazer. He had consecutive defeats against Derek Brunson and Marvin Vettori via unanimous decision. In his last fight against Kyle Daukaus, an accidental head clash resulted in Holland splitting his lip and getting knocked out. The bout resulted in a no contest.

His fights against Brunson and Vettori revealed a huge hole in his game – he is unable to wrestle and this is believed to be a contributing factor in Holland switching divisions.

Although no one from the UFC office has commented on this rumor, it would be a dream fight for Kevin Holland. Most recently Holland played a vigilante in a local altercation and caught a perp responsible for mischief.