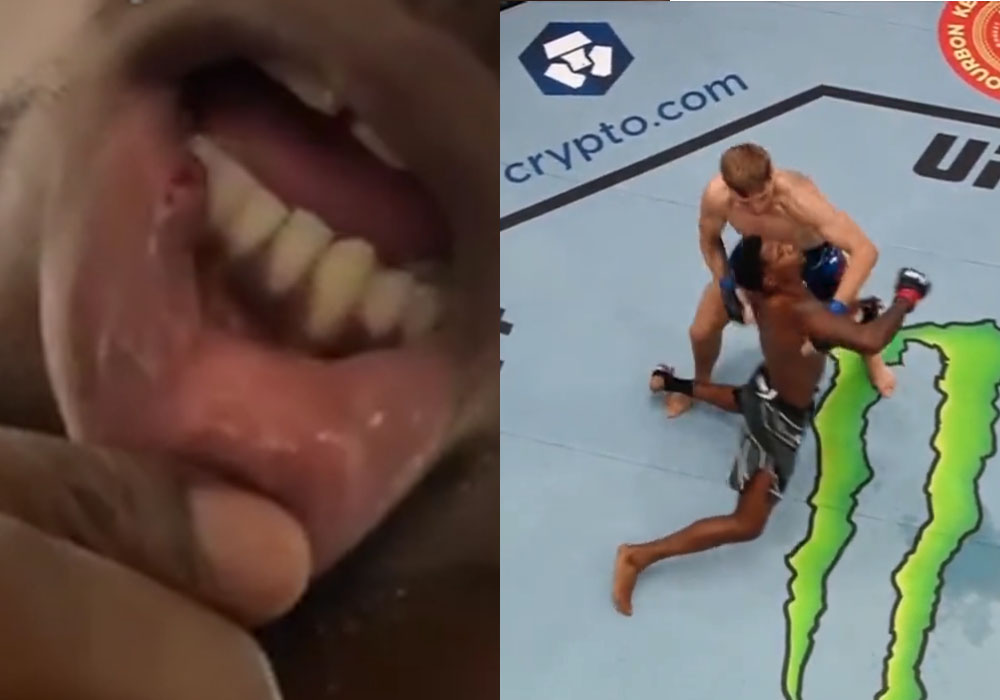 UFC Fight Night 193 had very little fanfare. The card geared more toward the hardcore fanboys featured the headliner between Thiago Santos and Johnny Walker – but most attention was turned toward a strange no contest featuring  Kevin Holland and Kyle Daukaus.

At the post fight press conference Holland told the press:

“I don’t remember anything,” Holland told reporters at the UFC Fight Night 193 post-fight press conference. “I felt myself hit the ground and all the sudden I felt him on my back. So whatever happened in between that, that’s just goodwill and God-given.”

“Sh*t, if Johnny Walker would’ve gotten hurt tonight, I would’ve gone to 205 and run it back with Thiago (Santos). I’m that guy. If he wants to go somewhere else, that’s because he felt the head-butt was the best thing that could’ve happened to him. I got respect for Kyle, Chris and the Daukaus family, but the fight game is the fight game and I don’t feel like it’s over.”

Holland showcased the nasty mouth cut he got after the fact:

Daukaus was not as pleased with the outcome:

“It just annoys me,” Daukaus told reporters at the UFC Fight Night 193 post-fight press conference. “He did recover from the head-butt in a way, and Dan (the referee) didn’t say anything while we were in there. He was still fighting, so it was fine, to me it was fine.

“If that would’ve happened to me, it would have been fine. If he would’ve stood back up and if he would’ve gotten back to his feet and knock me senseless, they would’ve made it a big deal about him on ESPN saying, ‘Oh, he suffered a head-butt and then got up and knocked me out.’ But because he recovers off of a head-butt gives up his back and I choke him, I get a no contest.”