Alexander Volkanovski is one of the few wholesome champions in the UFC. Volk, as his fans refer to him is a Macedonian Australian former rugby player that transitioned to MMA.

33 year old Volkanovski has been with the UFC as far back as 2016 and has no losses. Volkanovski also had one of the must watch main events in 2021 – his title defense against Brian Ortega.

Volkanovski is so nice a local hotel even renamed itself to Volkanovski to give homage to the UFC featherweight champ.

Back in 2019, UFC superfan aptly named McGregorRousey on twitter shared the following exchange. 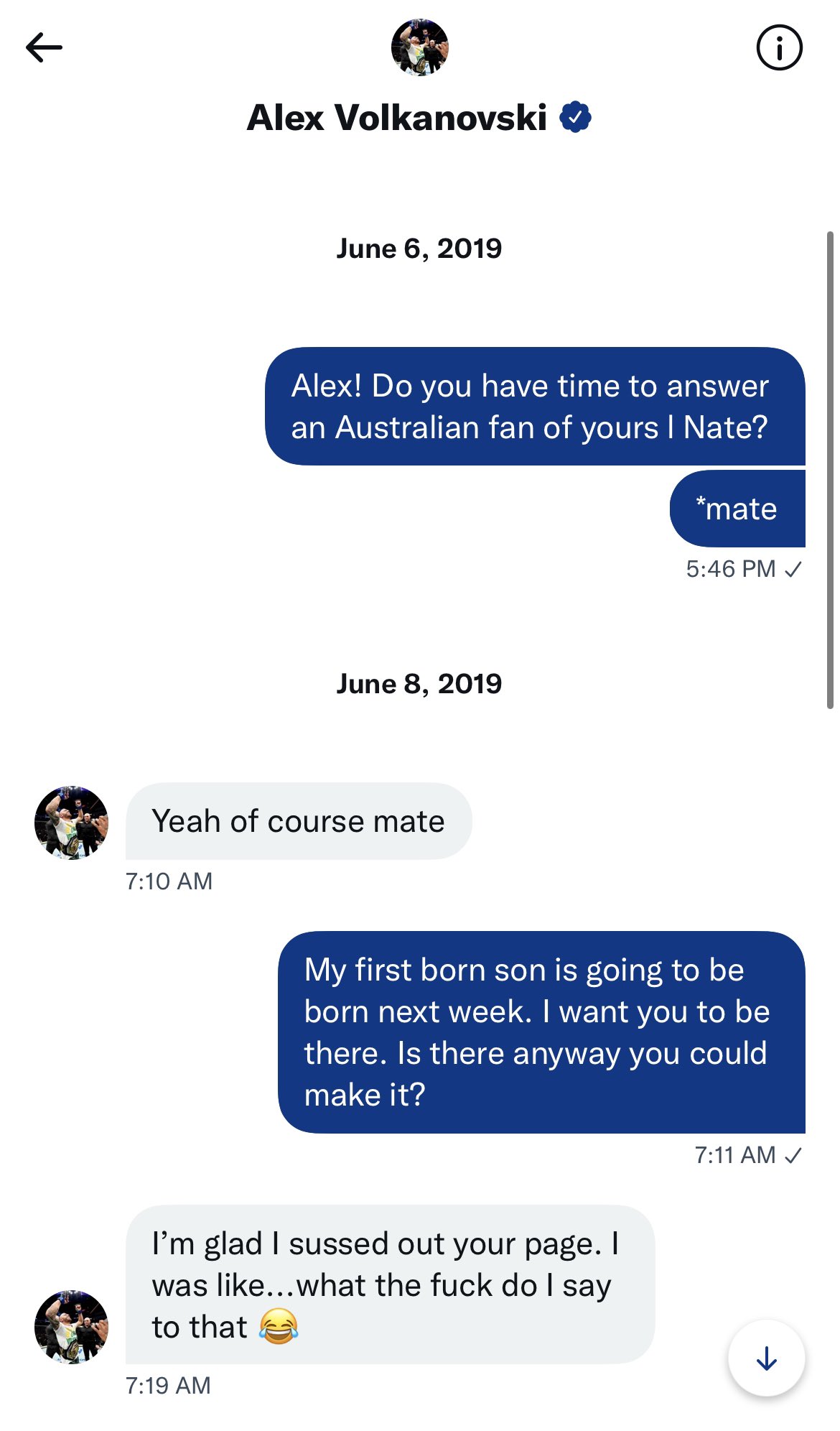 Volkanovski was not only kind enough to reply – he was even game once the superfan asked him for a peculiar favor.

But what neither of them knew is that this might actually be a viable option in future. The superfan went on to share  that when it came down to it – Volkanovski was actually game to come to the hospital and be there for the birth of his child. 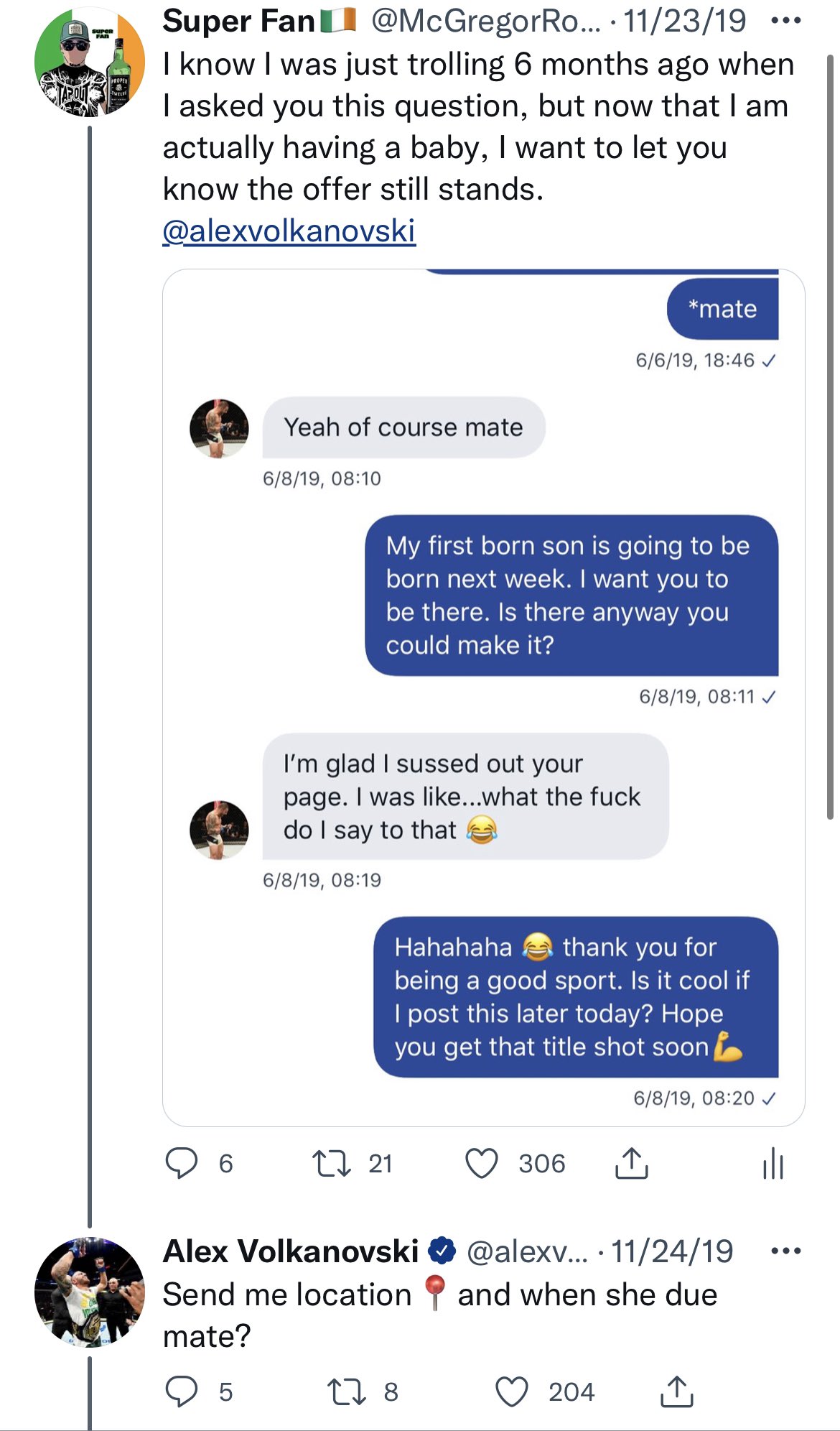 Like the exchange implies, location was exchanged but alas Covid 19 put the kibosh on the peculiar request. 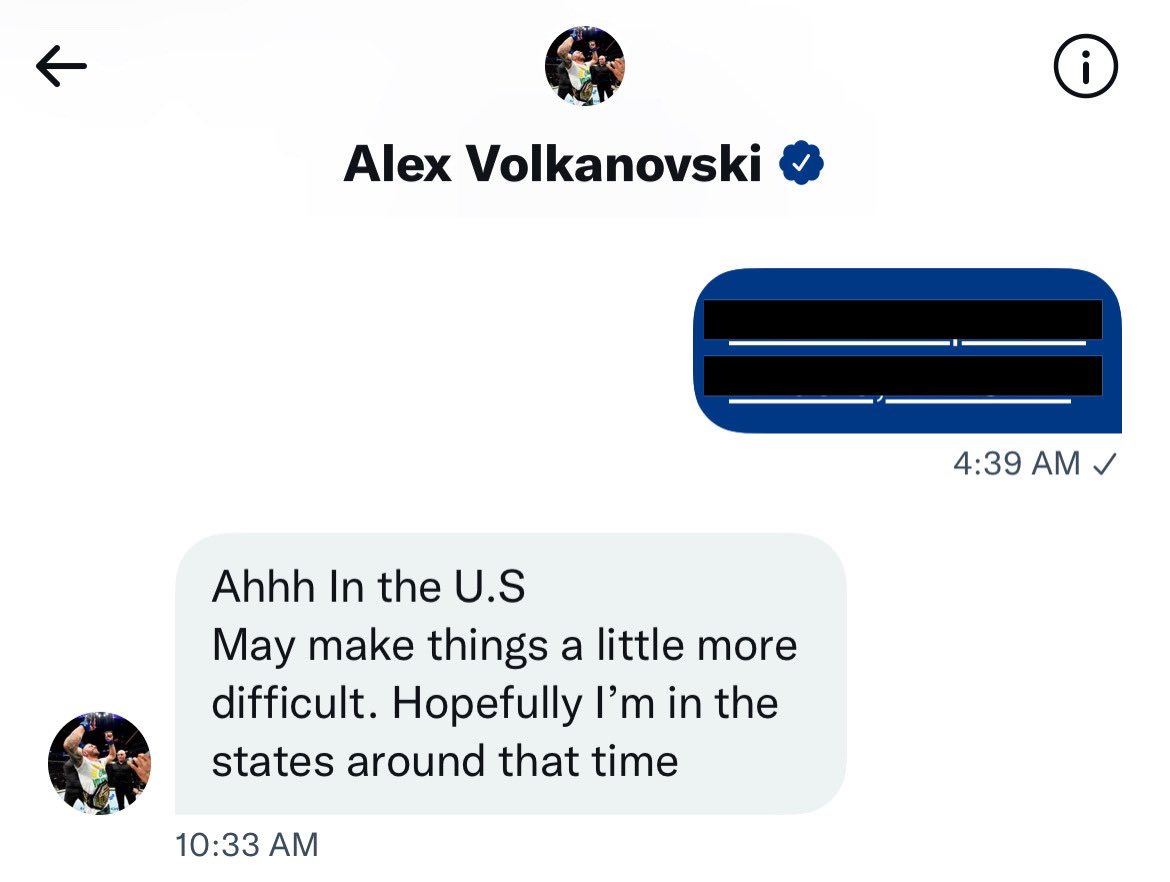 The fan went on to clarify that if there wasn’t for Covid, Volk would’ve actually been there for him.

If it wasn’t for Covid he would have been in the delivery room pic.twitter.com/PnBdKWrfOj

In the MMA world, oftentimes it’s about damaged bodies, unfair promotions and criminal charges that it’s incredibly nice to see a story of a troll that turned into a genuine nice fan interaction.