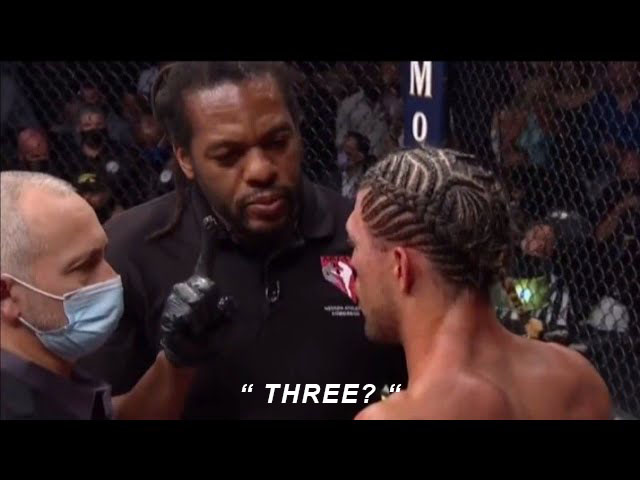 Brian Ortega fight against Alexander Volkanovski was an instant classic. That being said the fight watching experience wouldn’t have been diminished had Herb Dean ended the fight when he was supposed to – when Brian Ortega was unable to answer a simple question. Shocking new video showcases the former champion doing his best guesswork when prompted by Herb Dean.

Volkanovski definitely has a point. There was extra time given to Ortega to get in there and recover – and honestly this was a mistake to begin with. Dean should’ve called it at the end of the round instead of letting the fight go on.

Nothing but respect to these two warriors for an absolute war! ?#UFC266 pic.twitter.com/deomTcyxLU