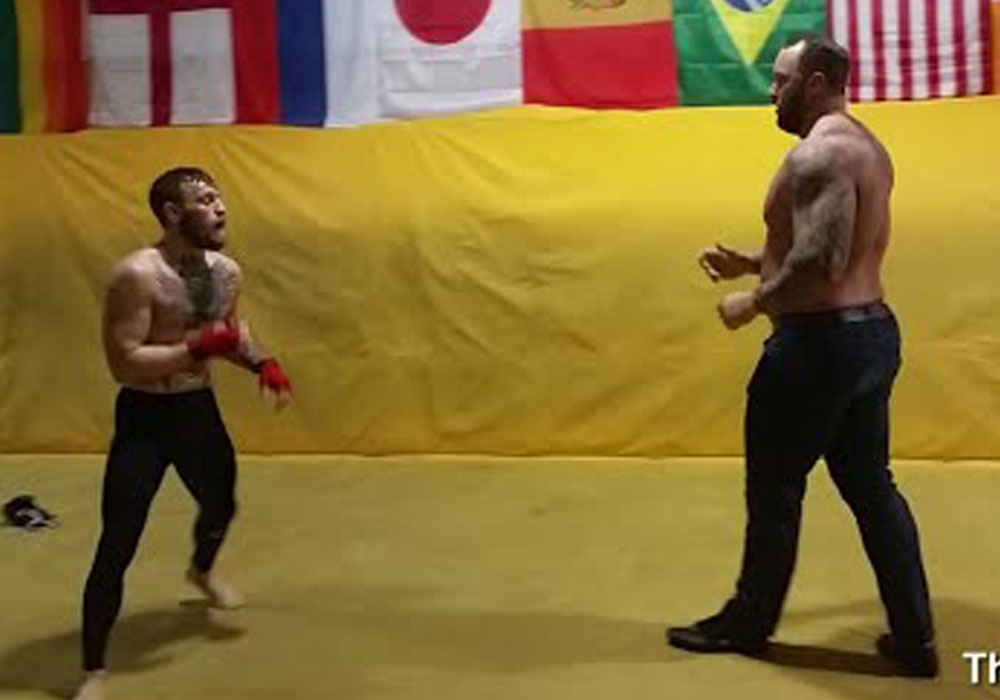 Thor Bjornsson just made his boxing debut but he’s already aiming for the next big score. One time actor that loaned likeness to Game Of Thrones The Mountain is regretting the 2016 viral clip featuring Conor McGregor.

However following successful boxing debut against 46 year old arm wrestler – Bjornsson would have you know he was taking it easy on then UFC title contender.

Here’s what he said during an appearance on the IMPAULSIVE podcast :

“It was cool, I had a lot of fun. There was a time where I had a grab of him where I thought, ‘I can crush this guy.’ But he had a fight against Aldo I think a week later, so I was like, ‘I better be nice to him because I don’t wanna injure him right now. He’s about to have the biggest fight of his life right now. It’s gonna be a huge fight for him.’ That fight actually sent him to the moon, basically. He should thank me and probably pay me a bit for [not crushing him].”

And Bjornsson is not too far in his estimate of the publicity that the play time brought McGregor’s media channel TheMacLife – it produced a staggering 68 Million views.

This isn’t the first time Bjornsson expressed his opinion either – years earlier he said this:

The 32 year old Icelandic strongman turned actor is one of the world’s strongest men. He was widely known for his massive physique and incredible feats of endurance and strength he could pull off. So it’s not a big stretch of the imagination that he could outpower McGregor who is 1.75cm / 5 ft 9 in and 170lbs at his finest.