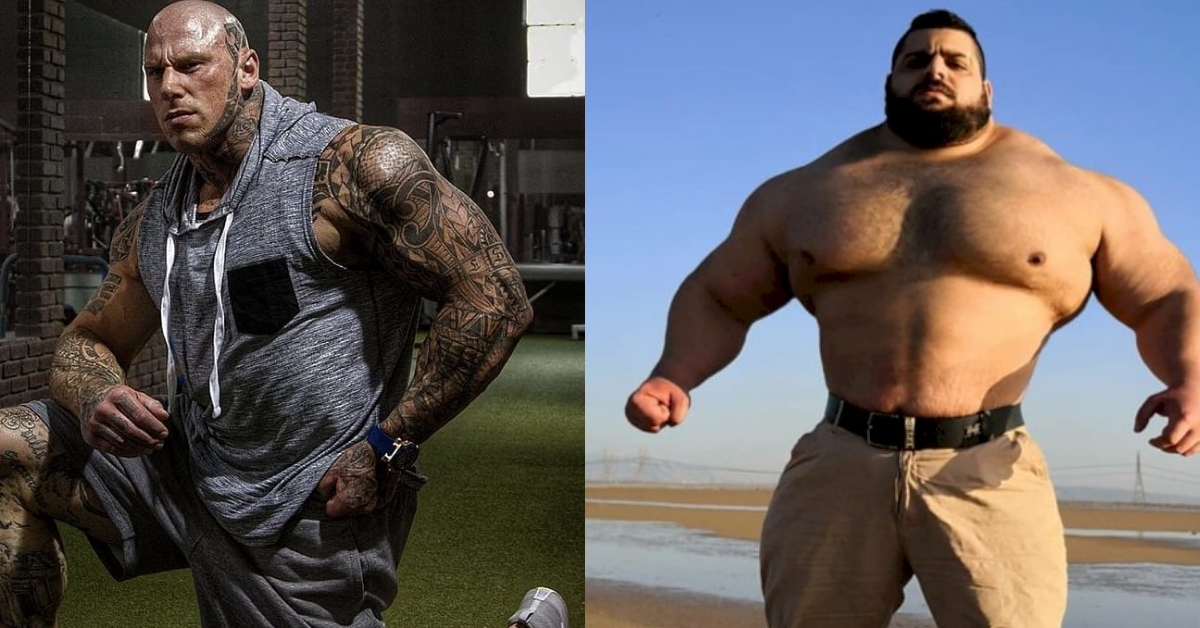 Two giants will face off against one another inside a boxing ring on April the 2nd 2022. The fight will feature Martyn Ford, well-known actor and bodybuilder, and Sajad Gharibi, aka Iranian Hulk.

Ford and Gharibi have been rumored to fight since 2018. And in 2019, the two were actually scheduled to fight in a Polish MMA promotion but the bout got canceled with no official explanation.

This fight will be held as a part of a BoxStar event, a celebrity boxing promotion.

On his Instagram account, Martyn Ford stated that the reason for this fight is because of a personal issue between them. Though he didn’t specifically explain it, he implied that it’s because of things said by Gharibi and his team.

“All I will say in this platform is it’s PERSONAL. Words have been said that can’t be unspoken.”, Said Ford in his Instagram account.

Martyn Ford is standing tall at 6’8’’ with 320lbs weight. The UK actor who is nicknamed ‘The Scariest Man on Earth’ will have his first professional fight this time. He has been training mixed martial arts, Brazilian Jiu-jitsu, and boxing for years.

The same goes for his opponent, Sajad Gharibi. Gharibi has never fought in a professional fight before. Gharibi is an Iranian bodybuilder with a very bulky body. It is said that he is 6 feet 2 inches tall and 390lbs. He is nicknamed ‘Iranian Hulk’ and a self-proclaimed ‘Real-life Hulk’.