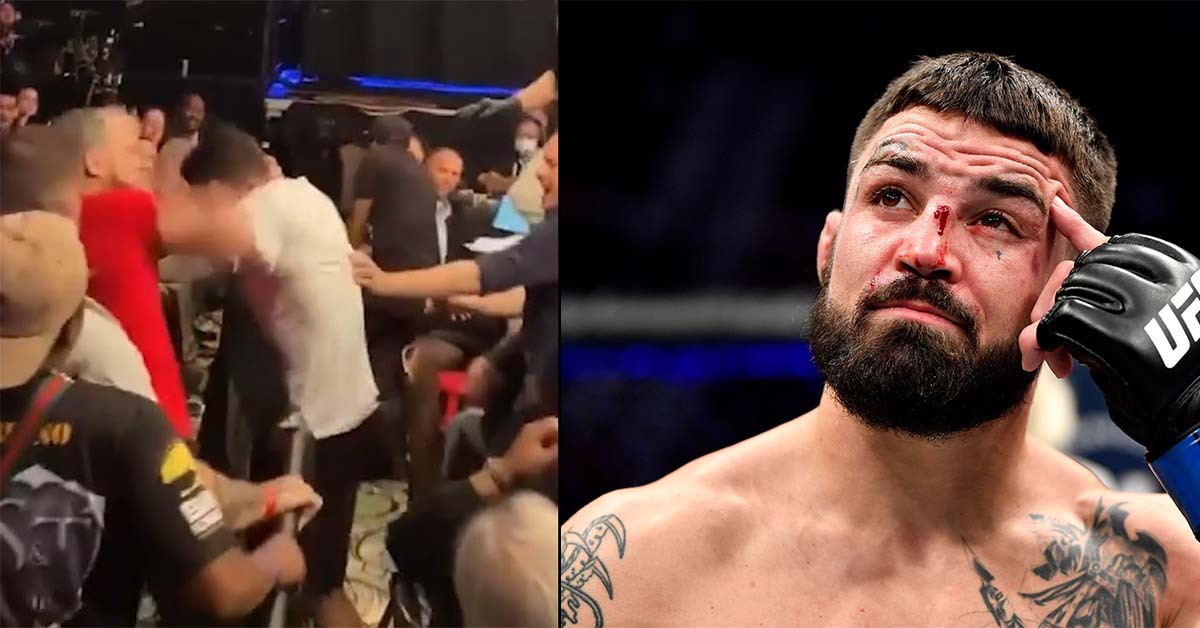 A serious incident happened during Bare Knuckle Fighting Championship (BKFC) Tampa event. The altercation between Mike Perry and Julian Lane was so wild that several of the security guards were unsure how to intervene. Unlike many other MMA altercations – Perry and Lane actually already tried to submit each other with only a small fence between them.

The altercation started when Mike Perry, who just signed a contract with the BKFC, was expressing his excitement to join the promotion. Suddenly, some papers flew right into the former UFC fighter. It was then confirmed that the papers were thrown by BKFC veteran fighter, Julian Lane.

The incident didn’t stop there, Lane continued on with rude behavior and trash-talked famously hotheaded Mike Perry. Perry simply wouldn’t let it slide and took off his mic and headset and charged at Lane who was in the crowd. A wild brawl ensued.

The culprit of this incident, Juliana Jane, took to his Instagram account to post the incident footage and wrote: “Remember the platinum p*ssy.” Referring to Mike ‘Platinum’ Perry.

Julian Lane is a veteran in BKFC and currently competing in the lightweight division within the promotion. Like many BKFC fighters – he has a spotty record consisting of 12 wins and 9 losses.

Meanwhile, Mike Perry has been UFC welterweight fighter until recently. He just inked a multi-fight deal in October. Prior to his BKFC debut Perry accepted a bout in Triad Combat on November 27th. He faced boxer Michael Seals and won the fight in spite of a very shaky start. It is still unknown when Perry’s makes his BKFC debut and who his opponent will be.