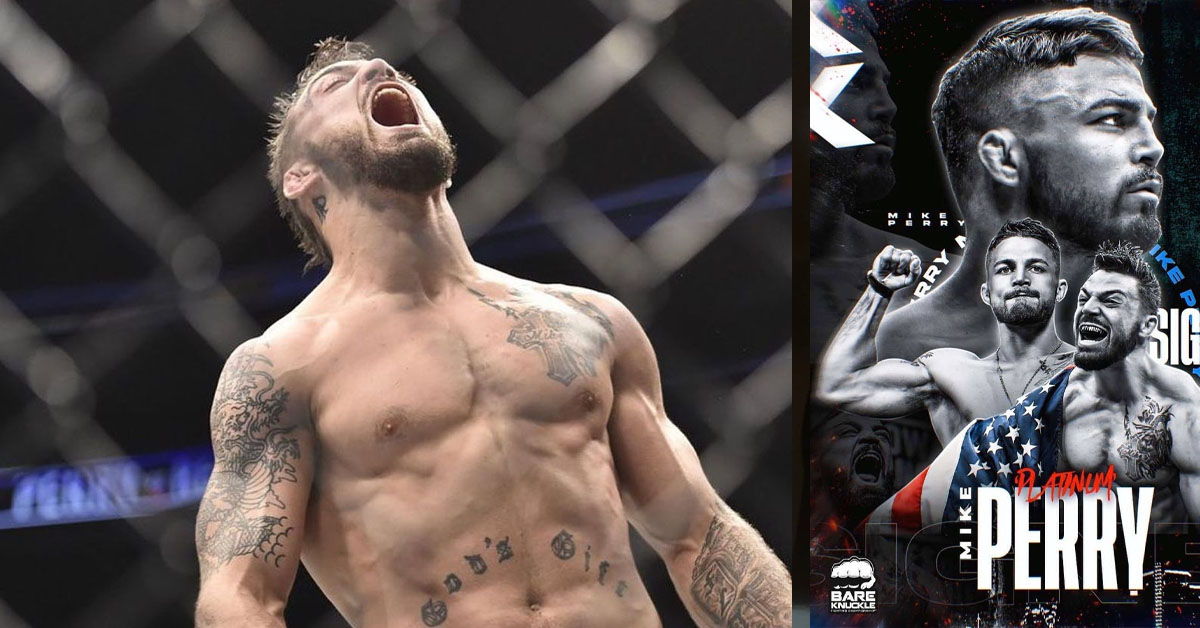 Mike Perry’s run in the UFC has come to an end. At the ripe old age of 30, Perry is switching over to Bare Knuckle boxing. Ariel Helwani reported that the debut in BKFC is rumored to be in January.

Perry was on a two fight losing spree having last won against Mickey Gall in June of 2020. An all out brawler – Perry is anything but boring. Often to his own detriment.

Dana White was on hand thanks to the Contender series and addressed the development.

Dana White has only positive words for @PlatinumPerry after signing with BKFC.

“Mike Perry is a fun fighter. … I wish him the best.”#DWCS | Full video: https://t.co/y23imQsM3y pic.twitter.com/nuPX1wvytq

“Let’s skip all the formalities! This sport is evolving and I am here to strike fear into the hearts of my competitors!” Perry said in a press release. “I plan to intimidate the world when I show what a truly skilled combat specialist is capable of with his bare hands.

“I will dismantle the opposition and reach the glory I have longed for my entire life,” he continued. “I will be crowned king of the streets and king of combat sports! They will make me a Platinum Crown and carry me on the bloody backs of my defeated rivals! I am here to go straight to the top and make anyone think twice about entering my world! BKFC is my world!”

Mike Perry is the quintessential Florida Man with his stunts and paramours often overshadowing his fighting career. The development is still somewhat of a surprise because Perry definitely has a fanbase.

The mma community was quick to react:

If you told me a few years ago that Paige Van Zant, Rachael Ostovich and Mike Perry would take the same post-UFC career path, I would have ankle picked you for lying to my face.