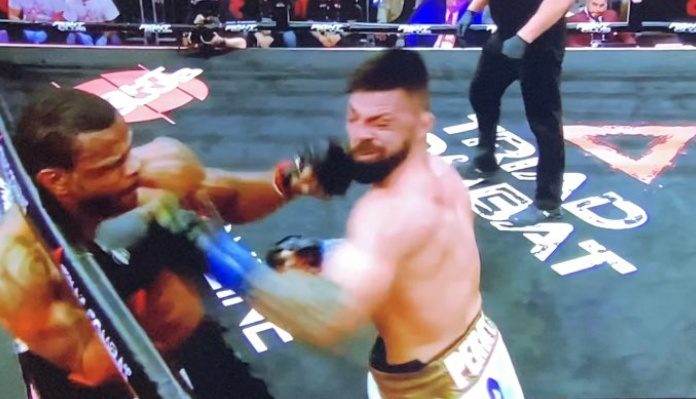 Mike Perry has finished his tenure in the UFC without much fanfare – after all he claims he wasn’t even aware that his last fight – was the last fight on his contract.

“I fought my contract out, you know what?” Perry explained (via SportsKeeda). “I dropped the news, low-key, I was dumb. For some reason, I thought after my nose broke, I signed a five-fight contract after Luque fight. I guess it was a four-fight contract and I told you, I had one more fight on my contract. I guess I still had a headache or something, I don’t know what I was thinking. I thought going into the fight I had one more fight on my contract and then it turns out I didn’t, so I was a free agent there for a little while.”

But very quickly after the UFC released him Perry found a new home at Bare Knuckle FC – and he got a lucrative offer to fight at the last night’s Triller Triad card.

Perry was an underdog coming into it. 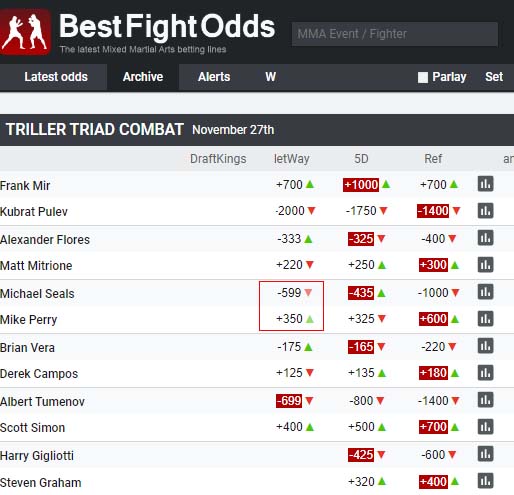 Pretty early on Perry got dropped.

But if anyone is scrappy – it’s Perry so he adjusted quickly and went back to it.


In spite of taking some heavy shots Perry took advantage of the clinching allowed in the Triad’s ruleset. This resulted in Seals having to carry his weight for large chunks of the fight and basically bullying Seals into allowing for an opening for some punches. It appeared that Perry had superior cardio in this match up. But in spite of that Perry was surprised when the announcers announced his name as the winner of the fight.

These MMa guys need to use the collar tie and these refs need to let them clinch . Let go team #mma @triller

It has always been Mike Perry's destiny to fight in a triangle in Texas.#TriadCombat

LOL even Mike Perry was shocked he won! #TriadCombat pic.twitter.com/drtj22eIxc

you tell me who's the better boxer.