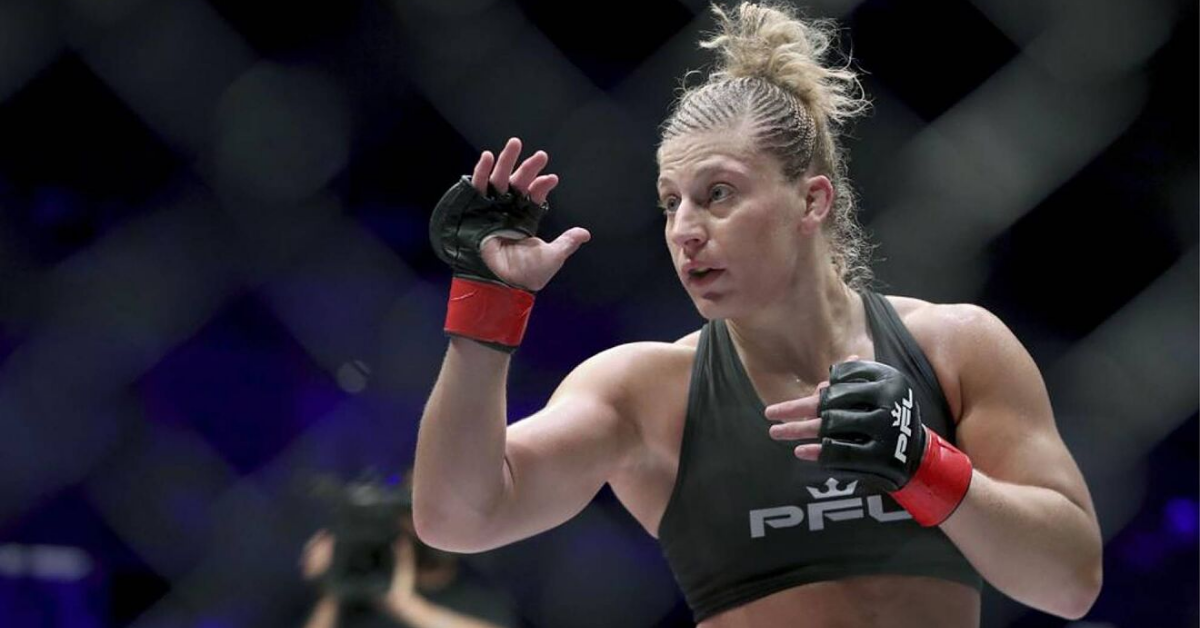 The two-time PFL champion Kayla Harrison is currently a free agent after fulfilling her contract with Professional Fighting League. Being a PFL champion and two time Olympic Judo gold medalist, big MMA promotions are all vying for her attention.

UFC president Dana White has been negging Harrison – no doubt, hoping to sign her to an underwhelming contract.

However, it seems like Harrison is more interested in financially lucrative opportunities. Including a potential WWE offer. While UFC might not want to be in the Harrison business – WWE would love to be. However what she’s not so keen on  – is having her narrative controlled by a corporation – and constantly travelling.

“I had lived out of a suitcase for 10, 12 years and there were two things I didn’t like about it.”

“No. 1 was you travel four days a week for the shows and No. 2, you weren’t in control of your character. You didn’t control the script and at the time I was much more, I would say a kinder soul, not quite the heel that everyone has come to know and love. I was like no, it’s not for me.”

On the other hand, Bellator MMA might be a good option for Harrison. During a talk with ‘Weighing In’, Harrison gave her thoughts on joining Bellator MMA and in process slammed her current teammate Amanda Nunes.

“I’ve heard nothing but good things. I don’t think I’ve heard a fighter go to Bellator from another promotion and complain. That’s across the board from Austin (Vanderford), to Johnny (Eblen), to Kyoji (Horiguchi). Everybody seems happy there.” Said Harrison.

This claim is somewhat disputed because Cyborg had lost to Nunes back in 2018 via first-round knockout. But Cris Cyborg has more wins and belts than Nunes does at 145. UFC has really struggled to build a division at 145lbs ever since they fell out with Cyborg. In addition to that the promotion released Megan Anderson and one worthy contender – Felicia Spencer, just retired.

Harrison has stated that it would be weird if she had to fight Nunes as the two are very friendly. American Top Team owner Dan Lambert is also hoping to avoid this scenario.