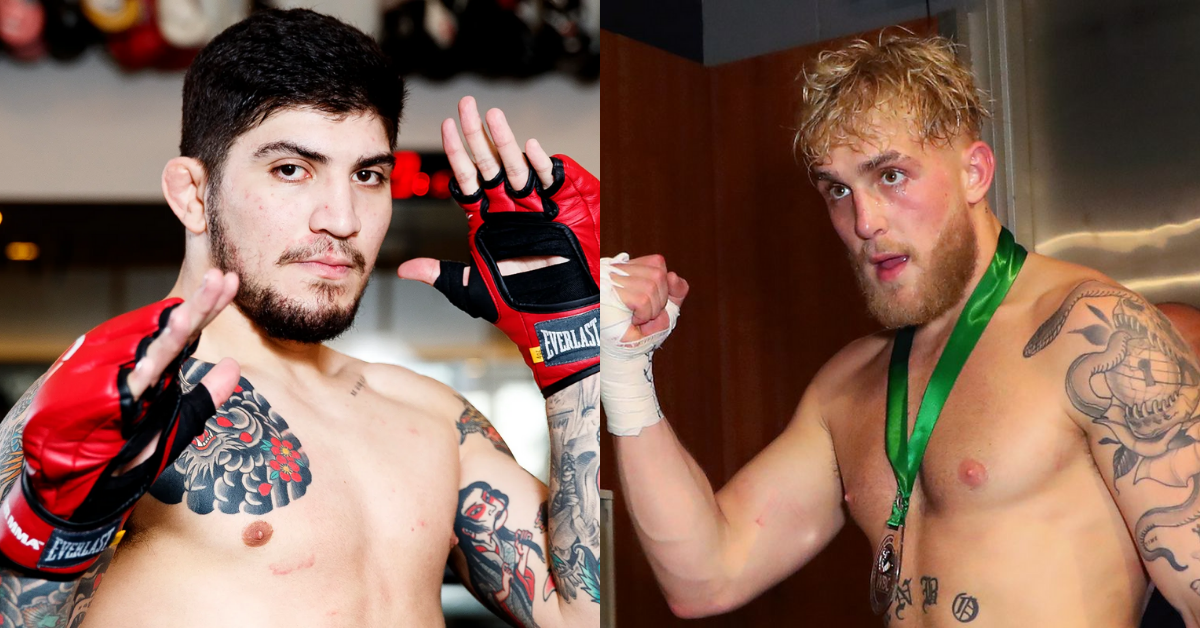 Jake Paul was on the MMA Hour last night, talking about Tommy Fury pull out. And subsequently about Tyron Woodley stepping in on short notice.

It was rumored that Woodley’s first contract contained an NDA (a non disclosure agreement) in addition to the clause forbidding him to knock out Paul. This rumor has one major source – bjj ace Dillon Danis, Bellator MMA fighter and close friend of Conor McGregor.

“Tyron Woodley, from what I heard, had it in the contract that he was not allowed to knock out Jake Paul… I swear, when he was against the ropes, I swear – yeah, that’s why when he [Jake Paul] was against the ropes, he [Tyron Woodley] didn’t hit him. I’m telling you right now. It was in his contract where it said you’re not allowed to knock him out.” Said Dillon Danis in The MMA Hour back in October.

Jake Paul  didn’t take these rumors kindly and responded saying he would love to knock out Dillon Danis. But in terms of boxing the problematic youtuber Jake Paul thinks Danis is too troublesome.

“Nah, Nah, he was always in the back of my mind. Like, it would just be fun. But again, he’s a fat pig right now. Like, same sh**; lunatic, in jail, doing whatever, causing ruckuses.” Told Jake to Helwani.

However, Jake Paul said he’d love to knock out Dillon Danis outside the boxing ring.

“So, yeah, I would love to knock him out. But I think that one’s gonna happen probably in the streets, not in a ring.” Jake added.

The issues between the two are big and personal considering they both appeared to be running in the same circles. Often mingling with the same women. On top of everything Danis has had a problematic couple of months. Not only did he get two knee reconstructions – but he was also arrested and was subsequently kicked out and banned from all UFC events.