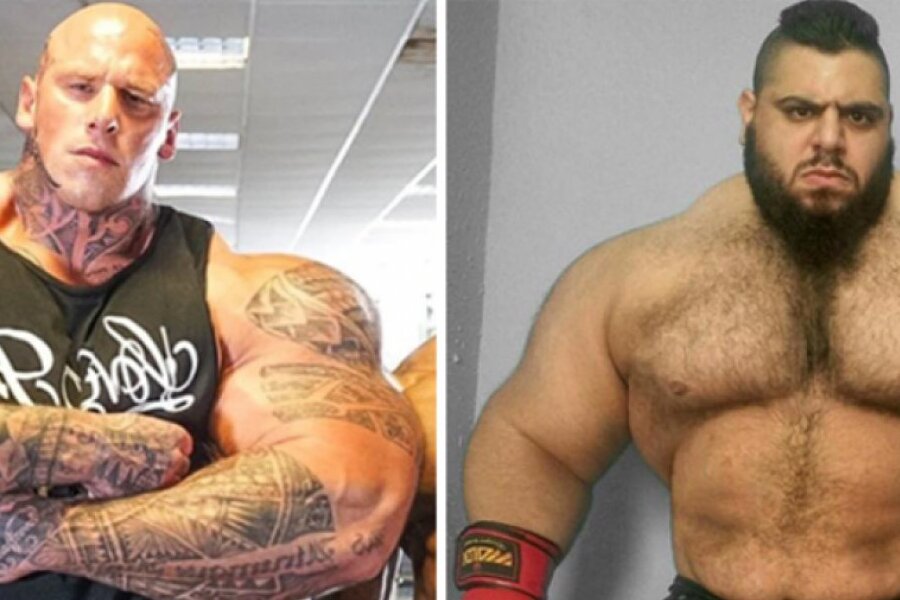 Sajad Gharabi aka the Iranian Hulk is resorting to extreme training to prepare for his fight with Martyn Ford aka ‘Scariest Man on The Planet’. He showed his ridiculous method of training in a video he uploaded on his Instagram account.

In that video footage, Sajad Gharabi can also be seen doing extreme exercises, such as trying to bend a metal bar, pulling a car, swinging a hammer, punching concrete and wall.

“YES, THIS IS PERSONAL. beautiful white teeth one side you with all your sponsors front of me with dear fans all around the world who support and motivate me. different conditions it’s not important even if the worst conditions I have but Iranian hulk never stops see you April 2nd”

Martyn Ford insists this fight is happening due to a personal issue. But It’s still unclear what happened between the two giants as they will most likely reveal in the lead up to the event.

Gharibi and Ford are both very tall and bulky build with Martin Ford standing at 6’8’’ and Gharibi at 6’2’’. Gharibi will face off Martyn Ford in a boxing ring on April 2nd next year as a part of a Boxstar event. This fight will be the first official fight for the two of them. Martyn Ford is known as an actor and a bodybuilder, while Sajad Gharibi is famous for his unique body.