Prior to Saturday’s UFC London event, the organization released a snapshot of the music icon’s enormous bet. Drake called for Pimblett and McCann to each triumph against Jordan Leavitt and Hannah Goldy, respectively. 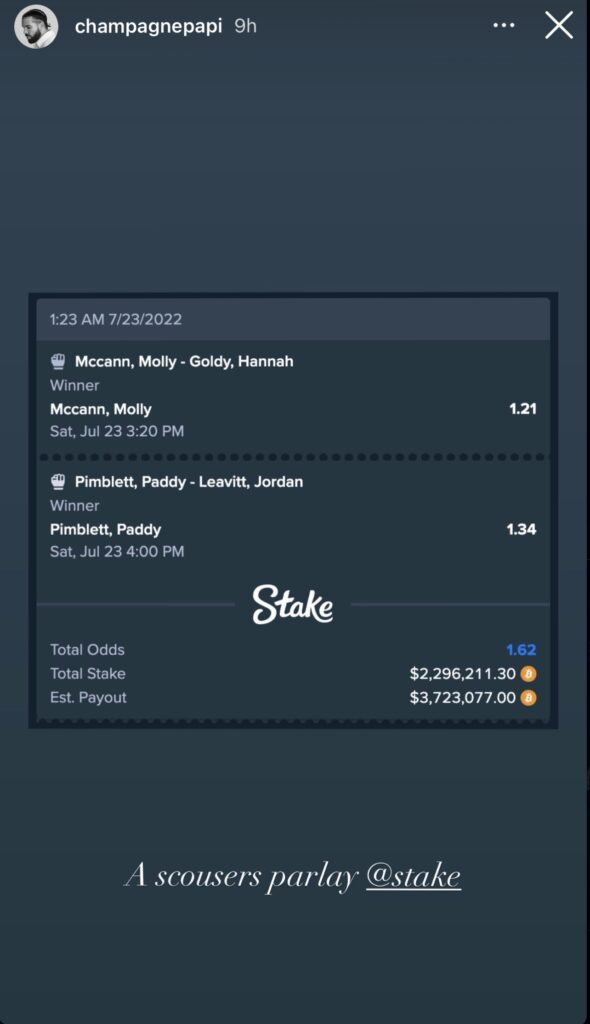 After Pimblett and McCann achieved finishes on the evening’s main event, Drake bet over $2 million on a parlay that ultimately netted him just over $3.7 million.

Ask and you shall receive. Paddy Pimblett confirmed he received a new Rolex from famous rapper Drake. The Englishman shared a video of him opening the luxury watch’s box.

Paddy Pimblett successfully rose to fame after easily winning his UFC debut last September. The Liverpudlian made his name even bigger when he choked UFC novice Kazula Vargas into submission in his second UFC bout.

Pimblett is well liked by MMA fans with his fun and energetic personality.

Backstage following their victory, Pimblett and McCann made a video of themselves asking Drake to treat them with Rolex. Later on, McCann confirmed that Drake agreed to give them a present in Instagram DM.

Recently, Drake finally fulfilled his promise and sent Pimblett the luxury watch. Pimblett shared the moment where he opened the gift from Drake.

It’s not all fun and games for Drake – he was recently accused of photoshopping his tickets by MMA veteran Chael Sonnen.

The rapper supposedly won $250,000 from a million-dollar wager on Israel Adesanya tied to his title defense against Jared Cannonier.