It’s been a real rags to riches story for Conor McGregor. McGregor was once a part time plumber, on well fare and supported by his longtime partner Dee Devlin. He’s now one of the biggest sports superstars on the planet. But his stardom has waned considerably from his peak. 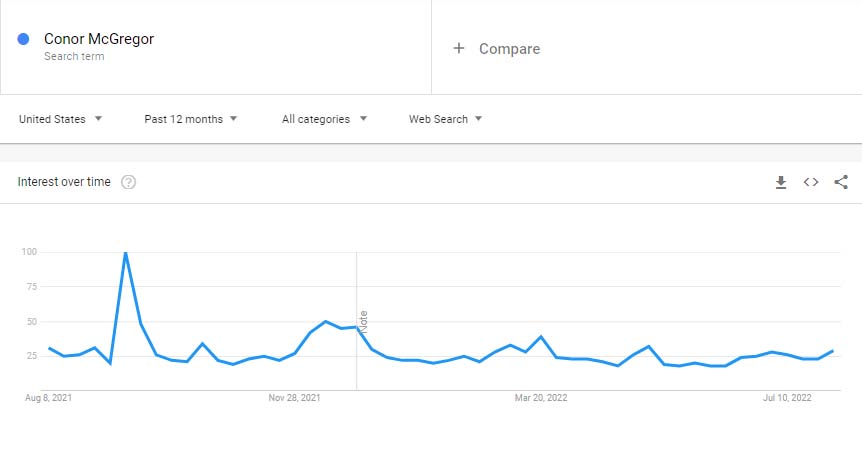 Podcaster and YouTuber True Geordie has outlined how Conor McGregor has gradually lost the support of his audience. Geordie discussed a recent incident featuring McGregor.

On July 14, during McGregor’s 34th birthday celebration in Ibiza, the hat was hurled at him. In a video that was uploaded to social media, McGregor can be seen making fun of the individual who tossed the hat before aggressively stomping on it.

Geordie spoke about the video and made references to the former UFC featherweight and lightweight champion’s several previous public incidents.

Conor McGregor’s fury has regularly gotten the better of him. This starts from assaulting an elderly man in an Irish bar in 2019 to trying to instigate an altercation with rapper MGK (Machine Gun Kelly) at the 2021 MTV Video Music Awards. Geordie said that the UFC megastar’s fan base has declined as a result of his unpredictable conduct.

“Conor has alienated his whole fan base by acting like a big weirdo. And now, me included; I don’t root for him in a fight. I don’t give a sh** if he wins or loses.”

“The guy throws a hat at Conor on his birthday bash in Ibiza… And [McGregor] throws it on the floor, and he stamps on it in such an aggressive way… What are you on? What are you doing? You know you’re supposed to be a world-class fighter, and you’re stomping on someone’s hat.”

On the other hand, Conor McGregor is anticipated to make a comeback in February or March 2023. The leg injury McGregor suffered in his trilogy match against Dustin Poirier at UFC 264 in July 2021 is still bothering him.

Conor McGregor intriguingly cautioned that their feud is far from finished. While McGregor has a number of probable opponents for his return, UFC’s treatment of Nate Diaz points to the fact that they were very interested in a trilogy. However Diaz had been irked by the fact that he was only now approached about the trilogy and seemed unwilling to be the one to prop up McGregor’s stardom once again.

Additionally, McGregor and Poirier have both shown interest in switching to welterweight in the future.