The UFC scale snafu might’ve cost Charles Oliveira several million dollars – but the Brazilian isn’t too shy to try and make up for the loss.

In a brilliant turn of events the champion has turned to selling the merch to commemorate the events leading up to UFC 274. 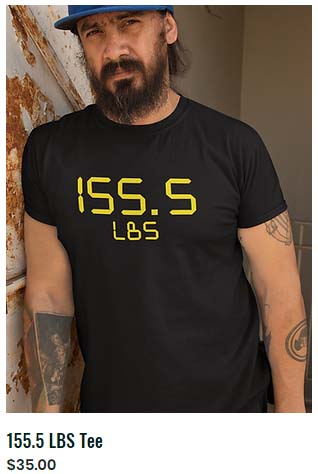 Charles ‘Do Bronx’ seems to be used to rolling with the punches. Oliveira is represented by former UFC athlete Diego Lima which does give a glimmer of hope but considering his management couldn’t even stop Oliveira from getting stripped in victory the situation is troubling to say the least.

‘Do Bronx’ tipped the scale at 155.5 lbs, a mere 0.5 lbs above the championship weight. With the weight miss, he was stripped of his title and the lightweight crown was declared vacant.

To add to his argument, he brought up examples of the overweight champions that  were still cleared to compete for the title.

“We all saw the clip, I reposted it – not because I have an ax to grind with Khabib – [but] because it was very noticeable. Khabib, Gaethje, that thing wasn’t even settled. Boom, boom, please go to the back and rehydrate. ”

“We’ve seen this time and again. And in case you’re gonna sit there and say, ‘Call out you’re boy DC.’ Of course, and I’ve called him out to his face. In Buffalo, he didn’t make the weight, he held on to the towel. GSP in Montreal – my other boy – he was over 170 and they rounded it down.”

“So time and again, people in championship fights have been over. If you think your that your favorite champion fighter hasn’t been over back in the day… you’re fooling yourself.”

Dana White explained Oliveira will receive PPV points for UFC 274 but wasn’t sure about his next bout.

Question: … It’s your belt so if you wanna give it to him you can give it to him – when it was Al Iaquinta who was gonna fight for it and you’re like ‘Yeah, we don’t care, if you beats the guy we’ll give him the belt’

‘I think… I’m sure in the minds of the media and fight fans Oliveira is the champion. But, technically he’s the number 1 contender’